Home»Reviews»Spark: A Burning Man Story [2013] Review – A surface level documentation of the greatest party in the world
Reviews

To really understand the value of Burning Man – an event that has taken a mighty course in the history of art, one needs to understand expressionism. More so, one needs to understand the art of “radical self-expression.’ When Larry Harvey and friends decide to turn over their bonfire ritual with the burning of an 8-feet tall wooden man back in 1986 on Baker Beach, San Franciso, it symbolized the artist’s tryst to truly express the desires he had in his mind. Every year after that, the wooden man became bigger and more and more people joined in on the yearly ritual. These people were mostly bohemians and hippies who were just looking for a place where minds who think alike could co-exist – be it for a short period of time. Later, the ritual was termed ‘Burning Man’ and was shifted to the largely unknown lands of Reno, Nevada known as the Black Rock Desert. Director duo Jessie Deeter & Steve Brown’s documentary ‘Spark: A Burning Man Story‘ is not about the history of Burning Man but about the people, the backstage efforts that bring the building of an entire city that incapsulates around 50 thousand people for a week, to life.

The opening of the documentary may answer your questions behind the real reason for Burning Man to take place every year. We hear accounts from people and organizers beautifully juxtaposed over images from the event. They talk about the true essence of Burning Man and why it has become such an important yearly ritual of sorts. A simple banner tells us that nothing is bought or sold at the event – making the entirety of monetary gains and capitalism taking a back seat. Everyone brings their own food, their own music, their own art – symbolizing the unison whilst also exhuming the honest idea of allowing people to be whoever they want to be for a week’s time. There’s a minimalistic note that also talks about it being a vacation of sorts for storytellers and artists who have succumbed to the 9 to 5 work ethic but somewhere beneath there is an artist who just wishes to have a huge landscape as a canvas.

This is why the fact that Burning Man was actually canceled in 2020 for the first time since 1990 due to the COVID-19 pandemic really made me want to see this documentary in a fresher light. When I saw it back in 2017-18 I was unaware of the event. This is why when the documentary furthered away from the actual event and all its cosmic energy to the tired, frustrated, and almost worrisome trope of majorly documenting the backstage happenings of the event I was disappointed. While the documentary managed to capture the spirit of the event, i.e the liberating experience that putting up something this huge and unique can bring to a person, it mostly felt like a far cry. I mean, no one who signs up for watching the documentary would really be interested in esoteric ramblings from people who try to capture the true spirit of the festival while communicating and fighting the massive battle of putting and upscaling it each year. 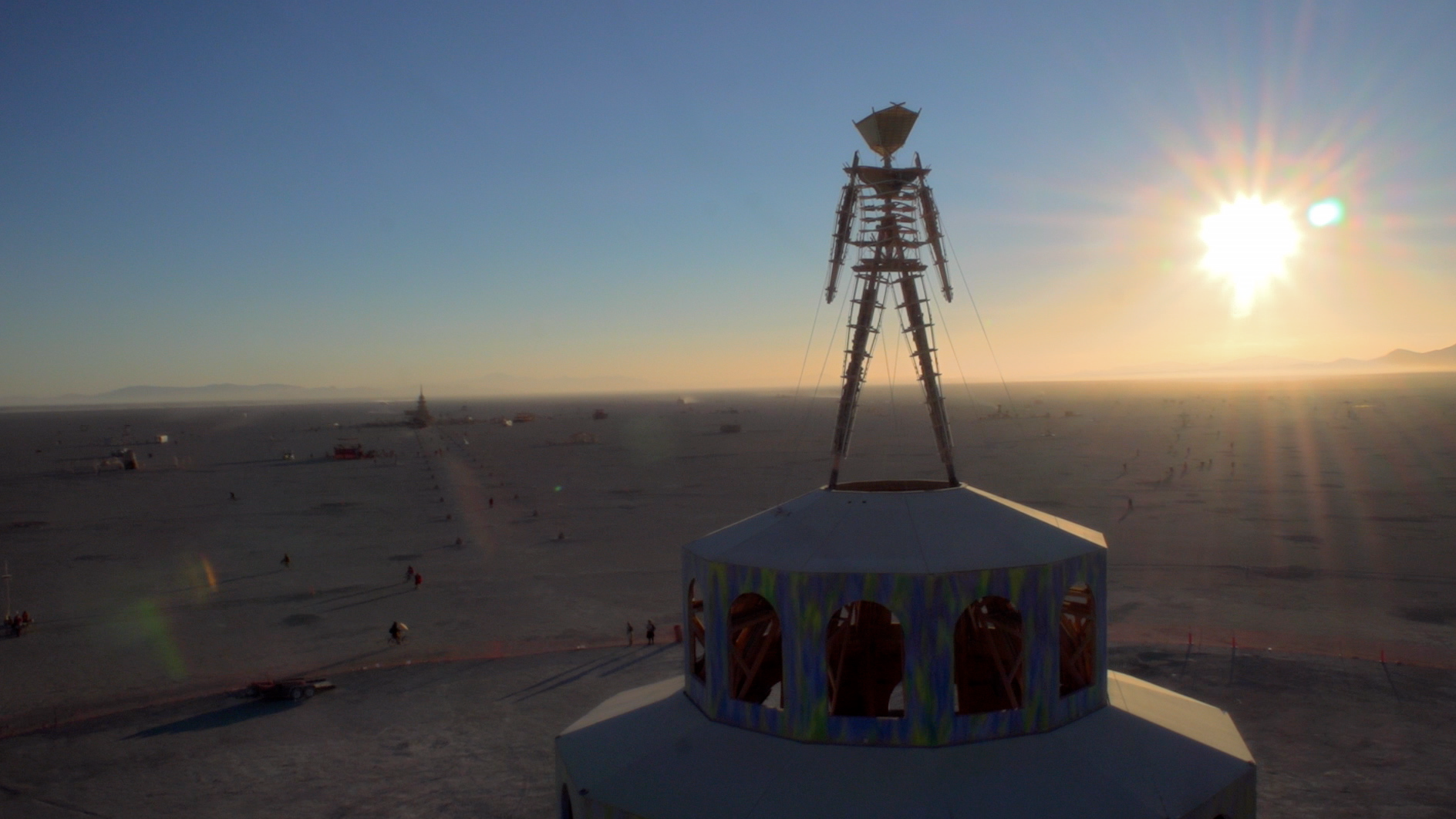 Now when I saw ‘Spark: A Burning Man Story’ in 2020, I somehow empathized with it. The people who put up with the chores of having to select people who can come to the festival, more so how to actually bring the event to a final blow-up moment really meant something to me. Since the event is official canceled this year, the organizers are struggling to make up for the lost funds. One has to put this into perspective that an event like this doesn’t happen overnight. It is a year-long process that finally culminates in success or failure in that one final moment of opening it up for people.

Having said that, I think the documentary would have majorly benefited from just lingering onto some of the event highlights instead of following up on how tough it is to organize Burning Man. For any naysayers, the most enchanting moments of the documentary have to be when the camera is let loose and it randomly captures the vibrant, eccentricities of humans who become someone else when they arrive at the holy play. The documentary is unable to capture why Burning Man is such a mysteriously alluring festival and that the symbolic burning of a large wooden effigy is more than just freedom. It is a film that inclines itself more on the ugliness than on the beauty of Burning Man. However, there are sparks here that keep the light shining. So there’s that!