Clint Eastwood can still make good movies, after all. That too a movie which is mostly dependent on dramatic reenactment of an actual incident as popular as the 2009 plane landing on Hudson River Miracle.

I really liked Sully, more than I thought I would. It’s a well-made movie. The interesting back-and-forth narrative technique, casting great actors like Tom Hanks, Aaron Eckhart and Laura Linney, the length (only 95 minutes, any more than that would not have been good for this movie) and Eastwood’s competent direction did the trick for me.

It is nothing award-worthy (Although I won’t mind if Hanks get a best actor nod), but still stands as a really good one-time-watch and some sort of implication of Eastwood getting back to his form. 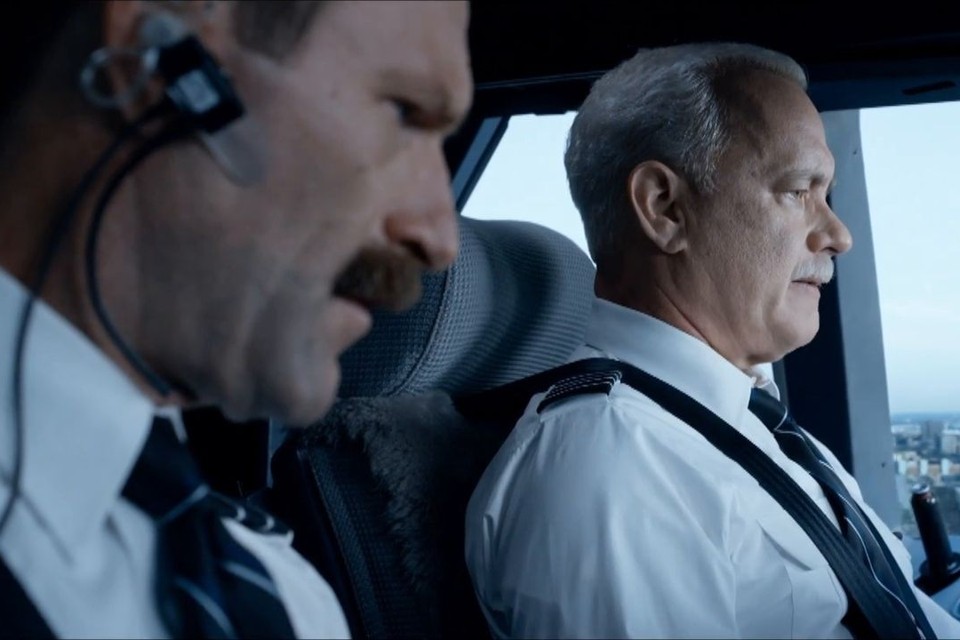 It could have easily been bloated as yet another action – survival crusade if in any incompetent hands. Clint Eastwood not only gives this subject the grace it well deserves but also dares to sneak inside the minds of cabin crew and staff during and post incident. While there were certain desperate grabs for emotional manipulations, the sheer boldness of ‘The Miracle of Hudson’ overcomes them all with a flicker of good old fashioned drama brimming with humanity and courage.

Sully is an unabashed ode to common man’s heroism when faced with mortal perils and extreme odds. Just like US Airways Flight 1549, it is hit by turbulence while balancing multiple timelines, followed by moments of exasperation regarding which roads it should go down but ultimately lands safely courtesy one emotionally charged yet restrained performance from ever dependable Tom Hanks as Capt. Chesley Sullenberger