As far as nostalgia is concerned, the Indian web-series scene has churned out every possible 90s traits to makes sure the middle-aged adults fall in love with their past all over again. With Netflix’s new original show “Taj Mahal 1989” – A show that symbolizes and satirizes love; the nostalgia is force-fed to you. This mildly amusing rundown into the past is so hell-bent on loving the aesthetics it creates that somehow it is forced to forge a ground to showcase its basic themes. The result is an interesting take on the politics of love marred by inconsequential writing, shabbily directed character motivations and inauthentic portrayal of their respective drives.

Set in 1989, Lucknow “Taj Mahal 1989” is in love with poetry. However, to say that the show is the least bit poetic will be a blatant lie. Breaking the fourth wall gives these random tales set in and around Lucknow University a kind of socially acceptable independence that creators use as a tool to clue you into the lives it’s trying to investigate. The focus of the show is on the slowly decaying love of Akhtar Baig (Neeraj Kabi) and Sarita (Geetanjali Kulkarni). While Akhtar Baig is a philosophy lecturer, Sarita teaches Physics. For having to live with the uber-elite and knowledgeable better-half, Sarita has developed a kind of bitterness that she just can’t let go. Mr. Baig also unknowingly puts her off as someone who doesn’t indulge in the love that he shares for the arts and crafts.

Similar to Taj Mahal 1989 Netflix – Robibaar (On a Sunday) [2019] Review: A One Day Journey of Estranged Lovers

The other main players include Rashmi Malik (Anshul Chauhan) – A young college student who has made her love-priorities straight, Angad Trivedi (Anud Singh Dhaka) – The pessimistic lover who believes sex is the only priority and that love is nothing but a fallacy and Dharam Awasthi (Paras Priyadarshan) whose rudimentary character traits are somehow defined in transition by one of the characters itself – ‘Jain Bodybuilder’ he says. For someone like me, a show works only when it has a sense of place. The series is set in and around Lucknow University but you somehow don’t buy into its sense of place. 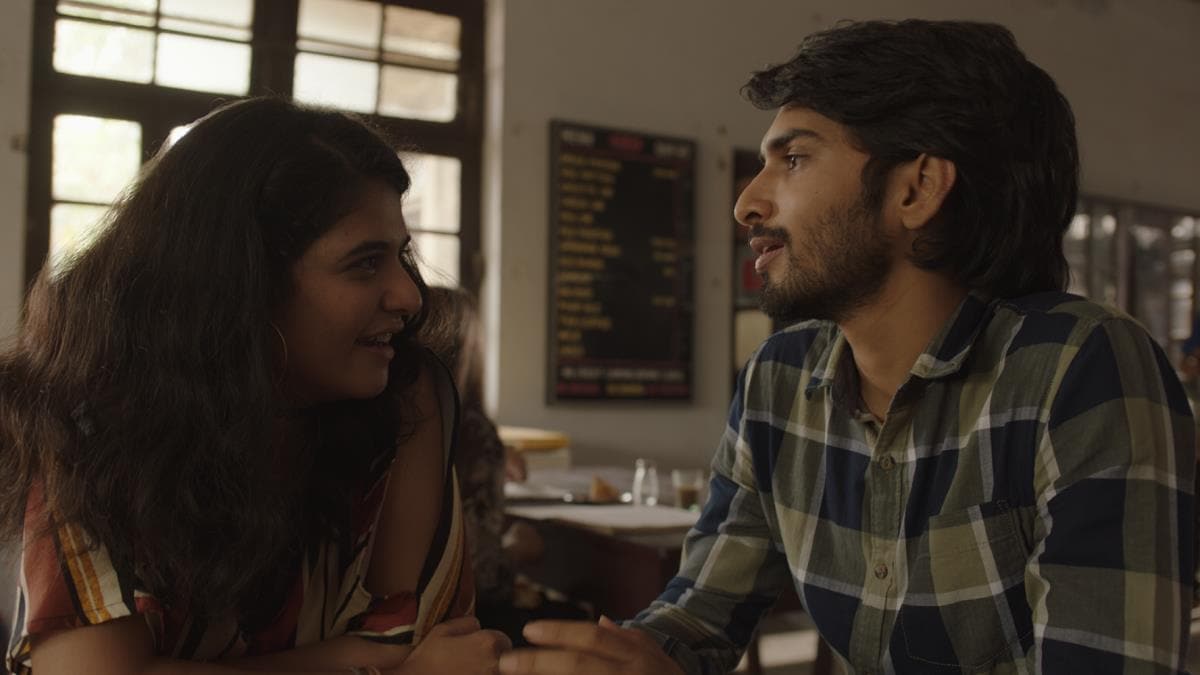 Poetry is a strong acting force in all the push and pulls between the couples. Having said that, Pushpendra Nath Misra who has directed all the 7-episodes fails to indulge in any kind of poetic justice in his cinematic representation of love. He often uses cartoonish caricatures when characters break the fourth wall which is cutesy for what they are but soon they don’t go with the tonal-shift that the show features.

Since the show is set in 1989, politics also serves as an essential part of the narrative. While I have no problem when a maker involves a politically charged front – especially when the story involves young, acute minds taking a side; “Taj Mahal 1989” basically uses it to force another conflict into the show.  This is only sad because the philosophy of love and how it can break and mend things is enough to provide the necessary pathos, motivation, and humor that the show needed. Which is why politics basically serves as a distraction from the central theme of love. Making the progression more and more stale and banal as the series goes on.

The technical aspects are so jarring that the well-casted and occasionally well-written series completely riddles itself off. There are times when important things are explicitly explained to the audience expecting them to be dumb. Moreover, the art design – which is definitely a positive about a show set in the late 80s; is boasted in between transitioning scenes without deserving their presence. It feels like the director feeds you with these tidbits of nostalgia just to show-off. It doesn’t give an organic feeling or even a sense of place. This is frustrating because the love stories aren’t half as bad as the shabby direction makes them feel. To top everything off, a beautiful love story between an ex-prostitute (played by Sheeba Chaddha) and an ex-philosophy gold-medalist (played by Danish Husain) is caught in the cross-fire to dampening Gunda-politics and fake-communist representative. The love story is left in spars when it just serves as an afterthought to the entire tale that somehow burns itself to the ground in the last couple of episodes.

“Taj Mahal 1989” features some fine performance. The big prize winner is definitely Anud Singh Dhaka who gets a metier role. He does complete justice to the sophisticated young man whose idea of love is often contrary to what he believes. His one-liners are hilarious and dialogue delivery spot-on. Sadly, the show doesn’t do justice to what it promises. There are some interesting takeaways but they are wrapped in a tinfoil that doesn’t last long.