If Dudeism was a religion, Lebowski would be the GOD dictating rules to the disciples. The term “Dude” has gained such a cult status that Twitterati mourned the fact that Jeff Bridges didn’t start his 2010 Best Actor Oscar acceptance speech with, “The Dude Abides.” The gravity of the emblematic ‘Dudeism’ can only be further testified by the fact that it inspired a novel, The Dude Abides – The Gospel According to the Coen Brothers, by Cathleen Falsani. The Big Lebowski, which is now available on Netflix enjoys a cult-like no other. 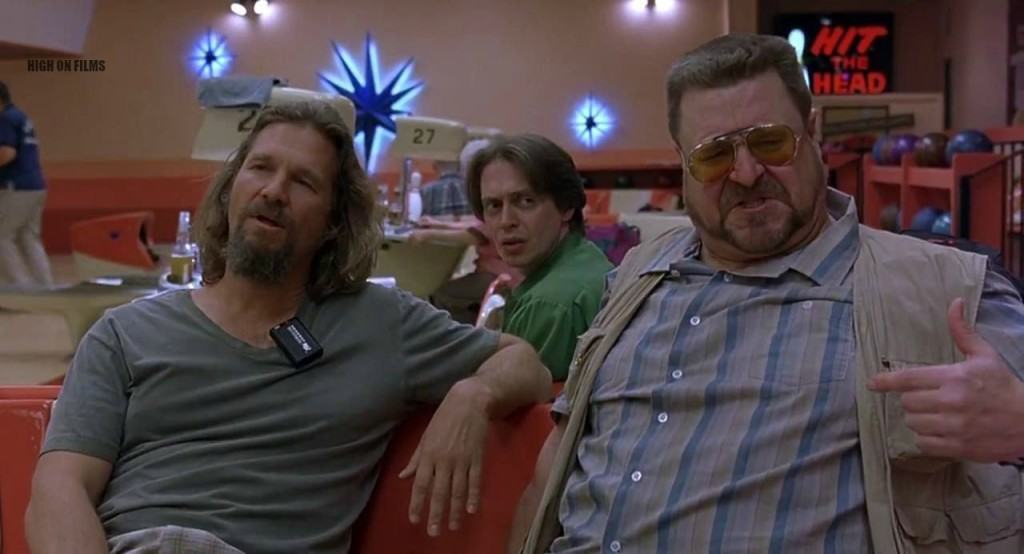 Jeff Bridges stars as The Dude, not in the title role but presumably as the little Lebowski who is an unemployed loafer. He wears a cheap t-shirt, Bermudas, sports long hair & a goatee, spends most of his time in a bowling alley, slurps White Russians and detests anyone who does not address him as the “Dude”. Not to mention the cussing that comes to the Dude so naturally. He often smokes weed, and while being high, he imagines himself flying in the sky, like a poor man’s Superman over the ‘City of Angels, Los Angeles’ with the thoughts of himself owning the city. The Dude has developed resistance of not giving a fcuk to whatever others have to say about him; like when The Big Lebowski calls him a bum, or the police throw cups at him for not contributing anything to the society, or when a local pornographer drugs him because he’s being a minor irritant. The Dude is as cool as a hippie can get.

Also, Read – THE BALLAD OF BUSTER SCRUGGS [2018] REVIEW – A POIGNANT AND HILARIOUS JAUNT THROUGH THE OLD WEST

The plot is secondary to the film, but thanks to the fine performances by everyone including the tumbleweed, and the whimsical writing, the film leaves no stone unturned at entertaining anyone who aspires to convert to “Dudeism”. Yet, speaking of the plot, Dude is assaulted by two thugs who are hired by a wealthy pornographer and loan shark, Jackie Treehorn (Ben Gazzara), asking to return the loan money that the wife of a Jeffrey Lebowski owes. Soon they realize that he is not the millionaire Jeffrey Lebowski and Dude points out to them that if he would have been affluent then why would we live in the ramshackle Venice bungalow.

While heading back, one of the goons urinates on the rug which pisses off Dude the worst. Dude casually talks about this incident with his bowling pals, the clueless Donny, and the temperamental Vietnam veteran Walter Sobchak. Dude spurred by Walter goes to the bungalow of ‘The Big Lebowski’ for demanding compensation of his damaged rug. Things go berserk for the Dude after he is hired by ‘The Big Lebowski’ to drop off the ransom money with kidnappers of his wife. Like the tumble-weed, Dude’s life is brought into action by the events (read force) that he himself gets entangled in.

The Big Lebowski may not come as an original or inspiring film, there might be no take away the moment from the film but there is something mystical about the film that makes you fall in love with it, over and over again. The Big Lebowski could have easily descended into a shitload of absurd events for the sake of appearing a strange & a pretentious film, but the capricious dialogue, the surreal moments, the remarkable visual style and peculiar characters, make it a cult film. All actors get under the skin of their characters with such ease, that it will be quite right to say they were born to play them, which is a rare feat to achieve. The Big Lebowski is a rare entertaining mess, one of the most audacious comedies that glorify its characters and redefines coolness.