Hail, Caesar! (2016) is at once a loving tribute to as well as a scathing review of the Hollywood studio system of yore. It gleefully pokes fun at the faux wholesome images that the Hollywood movers and shakers tried to set forth for their clients while at the same time highlighting the remarkable talents and abilities that made them so great in the first place. The film was written and directed by the Coen brothers and it reunites them with their long-time cinematographer Roger Deakins who was not available to photograph their previous effort Inside Llewyn Davis.

The plot of the film revolves around the making of a fictional big-budget Biblical epic that shares this film’s title. The story revolves around Eddie Mannix (Josh Brolin), the head of the production at Capitol Pictures and the film is effectively a day in the life of that particular studio circa 1951. Hail, Caesar! (2016) features an all-star ensemble cast of actors including the likes of Brolin, George Clooney, Ralph Fiennes, Tilda Swinton, Scarlett Johansson, and Channing Tatum.

What I found truly ironic in Hail Caesar is that it pokes fun at Hollywood Biblical epics of days gone by at a time when Hollywood is about to churn out a Biblical epic of its own called Risen that shares remarkable similarities to the fictional one portrayed in this film. Hail, Caesar!’s biggest asset is its impeccable production design which goes into painstaking detail to replicate as authentically as possible the look and feel of classic Hollywood movie sets of the era. The results, for the most part, are spectacular and they’re highlighted all the more by Roger Deakins’ impeccable camera work. 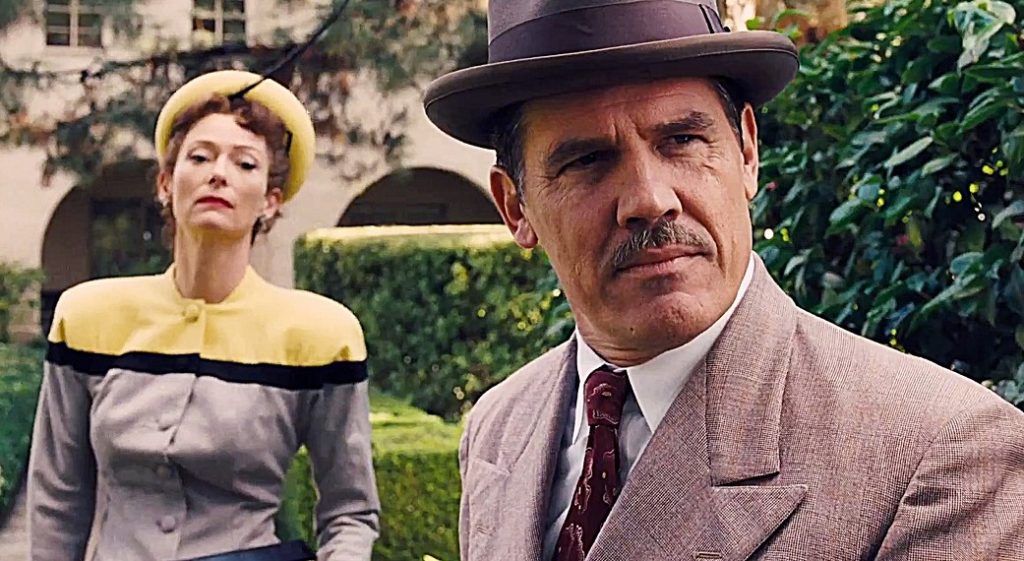 Another major asset is the way the film can spotlight the raw talent of its talented cast and I don’t mean solely acting talent either. Suddenly, Alden Ehrenreich is transformed into a singing cowboy extraordinaire while Channing Tatum is shown to possess the dancing ability of a young Fred Astaire (Seriously, he’s that f*c*ing good). The film also has a great time poking fun at the McCarthyism and rampant Anti-communist feel of the era by insinuating that maybe those sentiments weren’t quite so unfounded after all.

Also Read: Our Take on Quentin Tarantino’s Once Upon A Time in Hollywood

Those are about the only real positives thing I can say about the film that will ultimately likely go down as a minor and inconsequential Coen brothers effort. The reasons for this are quite simple. Hail, Caesar!’s plot has an unfortunate tendency of dragging in between all those wonderful old Hollywood set-pieces. The principal intrigue surrounding the kidnapping of Clooney’s character has little to offer and just feels like a cheap plot device. For a comedy, the film is curiously devoid of laughs save for a few memorable scenes.

The majority of the film rests on Brolin’s shoulders which are fine considering he’s a hell of an actor but many members of its talented cast are given the short end of the stick as a result. I was particularly disappointed by Ralph Fiennes’, Jonah Hill’s, and Tilda Swinton’s lack of screen time. The actors and the characters they were playing simply deserved better. The film is fine for what it is and hits a few impressive highs but I still can’t help but feel let down considering all of the talent involved.

Note: This review was first published on Letterboxd

The New Girlfriend [2015]: A pyschosexual exploration of Friendship!