Home»Reviews»Who We Are Now Review [2018]: A Hopeful Story mired in Despair
Reviews

Drenched in hopelessness, "Who we are now" is a torrenting rain of despair, with each passing second the ruptured clouds of hope get darker & turn blue.

Who We Are Now [2018] Review: Can we please organize a campaign to nominate Julianne Nicholson for Best Actor (Female) Academy Award?

Life is not a bed of roses, we already know, but one tiny accidental mistake could wipe off the hope to have a decent life. It doesn’t get worse than in the film “Who we are now.”

Drenched in hopelessness, “Who we are now” is a torrenting rain of despair, with each passing second the ruptured clouds of hope get darker & turn blue. There is not even a moment of respite, not a moment of joy in the lives of characters, no silver lining, it’s a contest of who suffers the most. The endurance to withstand the insurmountable hardship has grown thin, to an extent you feel numb to pain. It’s a devastating drama that might make you feel a little better if you thought you are lying in the womb of despondency.

“Who we are now” follows a parallel narrative of two women, both looking hopeful to make a place for themselves in a world that doesn’t recognize them. It’s an intrepid risk that Mathew Newton took to have a parallel narrative that co-exists and intersects often but meets at the end of the curve. 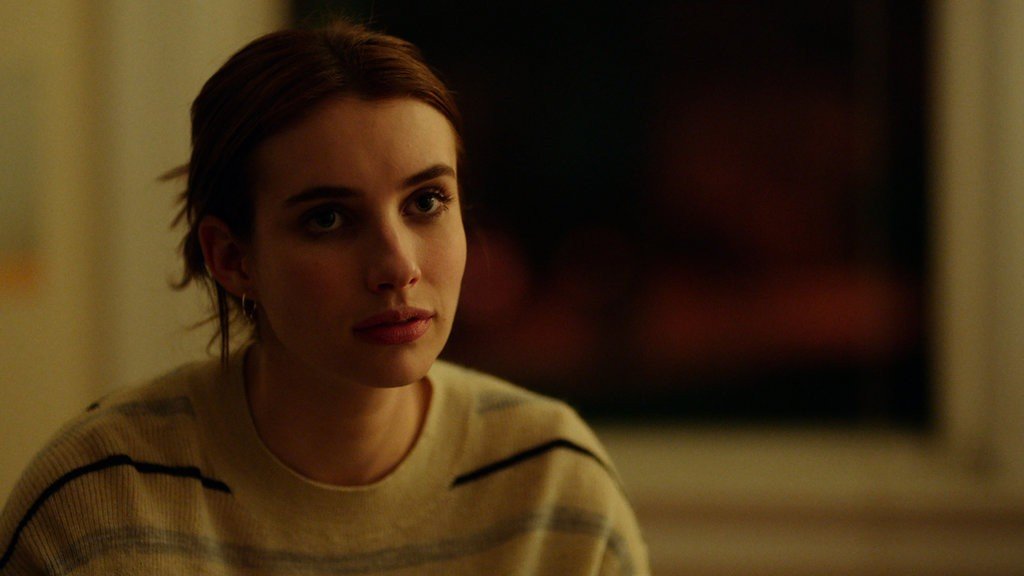 Beth, eloquently played by under-rated Julianne Nicholson, is an ex-con who was incarcerated for manslaughter. It does not feed us with any information about her past. Mathew Newton never rushes to fiddle with your emotions to suck empathy out of the miserable looking Beth. Keeping the actual event of manslaughter in a long sight helps to create a moral ambiguity. It never allows us to put our affection for Beth’s instability outside the jail. Beth has handed over the guardianship of her son to the younger sister, who has not even let him know Beth, whom he calls an aunt, is his mom.

Jess, played by Emma Roberts, is caught between her calling and familial responsibilities. She is fresh out of college, still can’t decide for herself what is good and what not, often asked by Judge in a court to not interrupt them. She has a good heart, clean as a black slate, and thinks the world deals in black and white, until her life is altered when Latina mother commits suicide which is her first case.

Her delusional idealistic world comes crashing down, and she desperately seeks a redeeming factor to re-assure that world is not unfair, goodness still exists. That prompts Jess to take up the case of Beth. But their intersection doesn’t make things better for both.

Life gets complicated for both, it gets messier, deafening silences warms the day, and nights are burdensome. Newton doesn’t provide easy answers for both the characters, but he ends the film on a note that is heart-wrenching but equally hopeful that there is, after all, something good left in the society, even if that demands a sacrifice that could alter the course of life.