The cosmetic of showbiz enables the beholders to see a few faces while obscuring others. There are some people who exert control over the scheme of affairs, from behind. People see the puppets but not the puppeteers; they see the kings but not the kingmakers. In the cash-rich American music industry, there are similar unknown figures who remain publicly inert, but have the reins in their hands. One such clouded personality is music mogul Clarence Avant, often hailed as the ‘Godfather of Black Music’. A new Netflix documentary christened ‘The Black Godfather’, perhaps a cue from the 1974 blaxploitation film of the same name, about Clarence Avant, is studded with interviews of music and film industry big shots lavishing praise on the little known man.

Directed by Reginald Hudlin, the film sets out to present a detailed sketch of Avant, from his childhood to his industry heydays. He was raised amidst scathing penury in North Carolina, and unsuccessfully attempted to murder his abusive stepfather. A major serendipity in Avant’s life was his tryst with legendary music manager Joe Glaser who boasted of an enviable list of clients, ranging from Billie Holiday to Louis Armstrong. Glaser revolutionized his approach toward showbiz, and soon Avant stumbled upon his first strokes of success. From managing jazz artiste Jimmy Smith to working with Lalo Schifrin of Mission: Impossible fame, Avant scaled the heights of power and started brokering successful music deals. 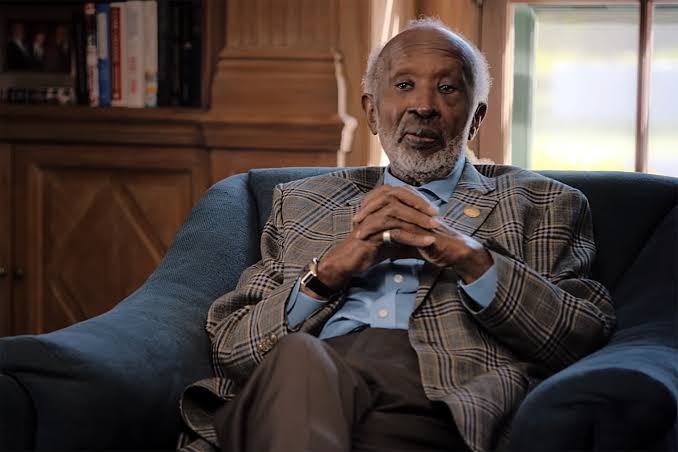 He went on to found two record labels. One of them closed soon, but the other – Sussex Records – had a successful run from 1969 to 1975. He also founded a radio station – Avant Garde Broadcasting (pun game on point!) – which failed to hold steam after 1975. In his life, Avant made a lot of money. The film contains quips about how Avant bragged to his future wife about the size of the cheque he wrote to the IRS and how “it’s all about the numbers”. However, Hudlin later goes on to establish the philanthropic nature of Avant and how he often worked pro bono.

His son Alex Avant remarks that his father is the “celebrity’s celebrity.” This holds true given the kind of acquaintances and well-wishers he seems to have amassed over the years. Brokering deals with powerful white men, and holding his ground in the white man’s paradise that was Hollywood, Avant generated a black cultural warrior image of himself for politicians including Barack Obama. Clarence Avant might not be someone you know. But, the film holds out as an immersive experience despite its near two-hour runtime and the anodyne praising by the celebrities, simply because it deals with the gracious uncovering of a behind-the-scenes legend.

After all the spoken hagiography about Avant by the star interviewees, which included Quincy Jones, Snoop Dogg, former presidents Barack Obama and Bill Clinton, Lionel Richie, Jamie Foxx inter alia, the point The Black Godfather tries to drive home is the courage and unflinching attitude Clarence Avant, a black man, displayed while straddling the white worlds of music and entertainment. The theme of racial upliftment in the film is evident in vindicating the legacy left behind by Avant.