Portrayal of religious conflicts in Indian films is not new. In fact, as these religion and secularity based issues have intensified since the change of power in 2014, Indian media has usually done a fair job of bringing out these stories. Indian films too quickly incorporated these themes to reflect the state of the country. A good example that comes to mind is the portrayal of cow politics in a sub plot of Anurag Kashyap’s 2017 film ‘Mukkabaaz’. However, as these issues continue to increase and as do their representation in Indian films and media, there is a need for more nuanced perspectives of the issue. Arun Karthick’s ‘Nasir’ may or may not be that depending on how you perceive it.

‘Nasir’ tells us nothing new about Muslim lives in modern India. However, it becomes very interesting in two of its specific observations. The first is how it shows the streets as a medium of propagation. Early on in the film, the protagonist Nasir and his wife Taj walk from their home to the bus stand. This is a long walk that the director documents for minutes. Throughout this walk, the Maulvi’s speech over the mosque speaker nearby can be heard. After this, almost every time Nasir is on the street travelling from one place to another, we find religious ideas and thoughts being propagated in the soundscape. These thoughts jump from Muslim perspective to Hindu perspective and back depending on where Nasir is, marking the religious demographic of the population of the area he is in. This is a fresh idea.

Another interesting observation comes when Nasir asks his boss for help. Nasir works at a cloth shop in the local market. Initially, the religious ideology of the shop owner is made clear to us when he bad mouths the Muslim community to someone on the phone. It is only natural to wonder why a person like this would hire Nasir, a Muslim. Thus, later when Nasir asks the shop owner for financial help, we are almost certain that he would be rude about it. But ‘Nasir’ is not that kind of film. After the initial, hesitation, the shop owner shows sign of help to Nasir. This makes one wonder about the difference between what mentality people inhabit and how they act out this mentality in person. The film doesn’t judge, but gives us something to think about. This is the kind of nuance that is important for Indian films going forward that will be dealing with this contemporary issue. 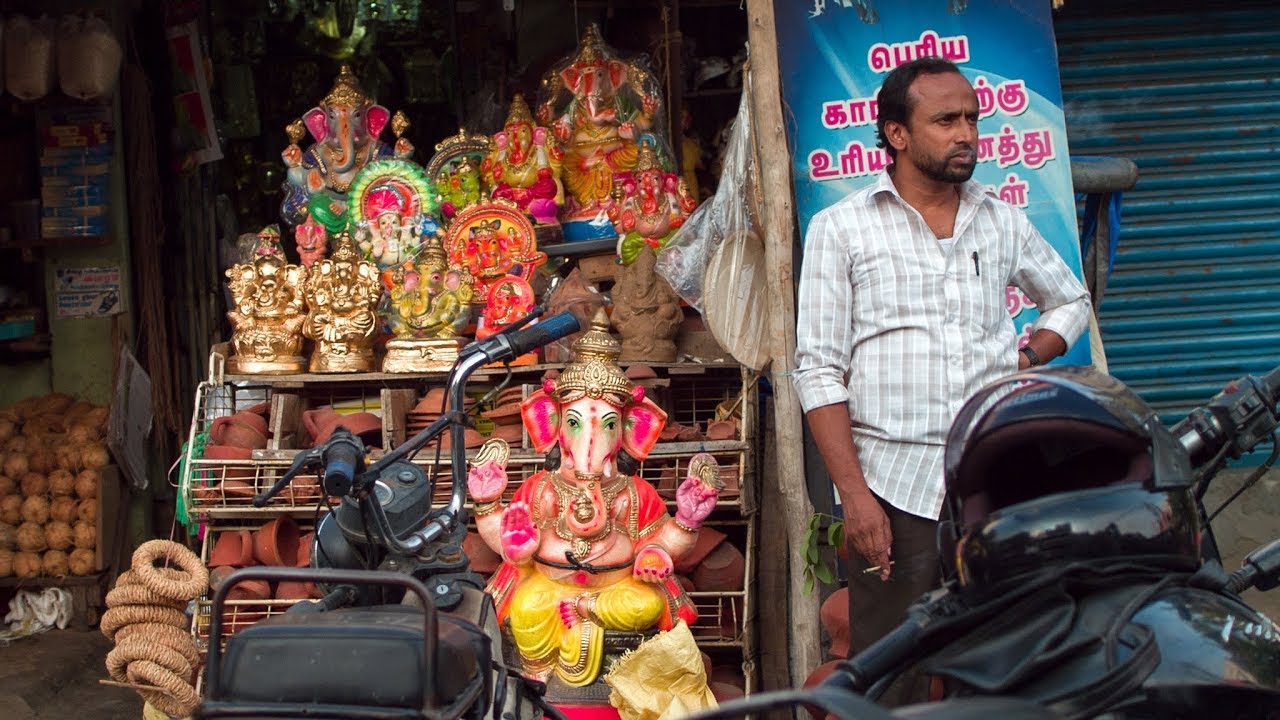 This character of the shop owner is particularly interesting. When a person he knows asks him for a restaurant recommendation, he tells him everything about every restaurant that is in the locality like an expert. But on being invited, he refuses by saying that he doesn’t visit restaurants often. Similarly, he bad mouths Muslims to everyone he knows, but is helpful to the one that works for him.

What makes the film interesting is how we see a Muslim man, in today’s day and age, surviving and making his living in a majorly non-Muslim ecosystem. The people who know him don’t treat him differently. In fact, a school boy calls him his friend. His colleagues and his boss treat him like they would treat any other colleague or subordinate, that is, irrespective of what ideology they believe in. However, it is the people who he is a stranger to, are the ones that cause him trouble. This poses a complex questions like: would his boss also do to a strange Muslim man, who is not Nasir, what other Hindus did to him? While mostly the film makes interesting enough observations, sometimes it chooses to go down the simplistic route. While Hindus propagate the idea of “One Nation, One Religion” on the streets, the Muslim propagation claims India to be a land of varied faiths.

Nuanced or not, when ‘Nasir’ ends, it forces us to contemplate the condition of Muslims in modern India. As if poverty and poor living conditions were not enough, they have to worry about their safety everyday too. The film is not hopeful, because life isn’t. Hope in this film feels like a dream that can be forgotten any second to wake up in the real world. In spite of these strong observations on religious conflicts in India, what ‘Nasir’ does best is the portrayal of life in a day of its protagonist. The film spans from morning to night following Nasir as he spends his day working, eating, praying, smoking and interacting. The film is set in Tamil Nadu and has very strong sense of place and time.

Related Read: 6 Indian Films That Could Have Made It To The Oscars 2021

Stylistically, the film follows the concept of ‘Slow Cinema’ where throughout the film not much happens plot wise, but we get to spend time the central character with time slowed down. We watch him as he smokes or sleeps or interacts with his customers at work. This gives us a chance to breathe in the time and space that the film is set in. This becomes even more joyous because this is a kind of film that does not cheat by showing us the fake. The setting and the places feel real and authentic. It is always wonderful to watch films that let you observe and savor them. In case of ‘Nasir’, it never becomes boring because of its short 80 minute runtime.

‘Nasir’ was made available by Mumbai Film Festival as a part of its ‘MAMI Year Round Program Home Theatre’.

I'm looking for world view and films, best when I find both at the same time.