Sally Thorne’s best-selling novel sure turns out to be a drab rom-com. While it may have made for an engaging read, the cinematic adaptation definitely gets lost in translation. With every new film of the like, the expectation is always to experience something new. Innovation is all that we look forward to. ‘The Hating Game’ partly delivers on the promise but eventually disappoints.

Lucy Hale plays her namesake Lucy Hutton, the creative voice of Gamins, an independent and tasteful publishing house that values literature more than commercial appeal (like yours truly), pitted against Joshua Templeman (Austin Stowell), a Harvard MBA graduate, who represents Blackseas, the evil version of Gamins. Post the merger of the two firms, a cultural clash ensues. While on the surface the two hate each other, they play a cryptic game that oscillates from hate to love. They try to get each other’s attention like a couple of immature high schoolers. But, when the two fight for the same job at the firm, things get a bit heated and plot twists come thick and fast.

If one had to lay a finger on a singular thing that the film completely dedicates itself to, one would be rendered actionless. The gamut of distractions actually divests the narrative that starts off with enough humor and subtlety of any buildup. The moment something starts to make sense, there is an urge to introduce a completely new character or situation. It gives the impression that the writer Christina Mengert remained unsure of one event being able to sustain the film. 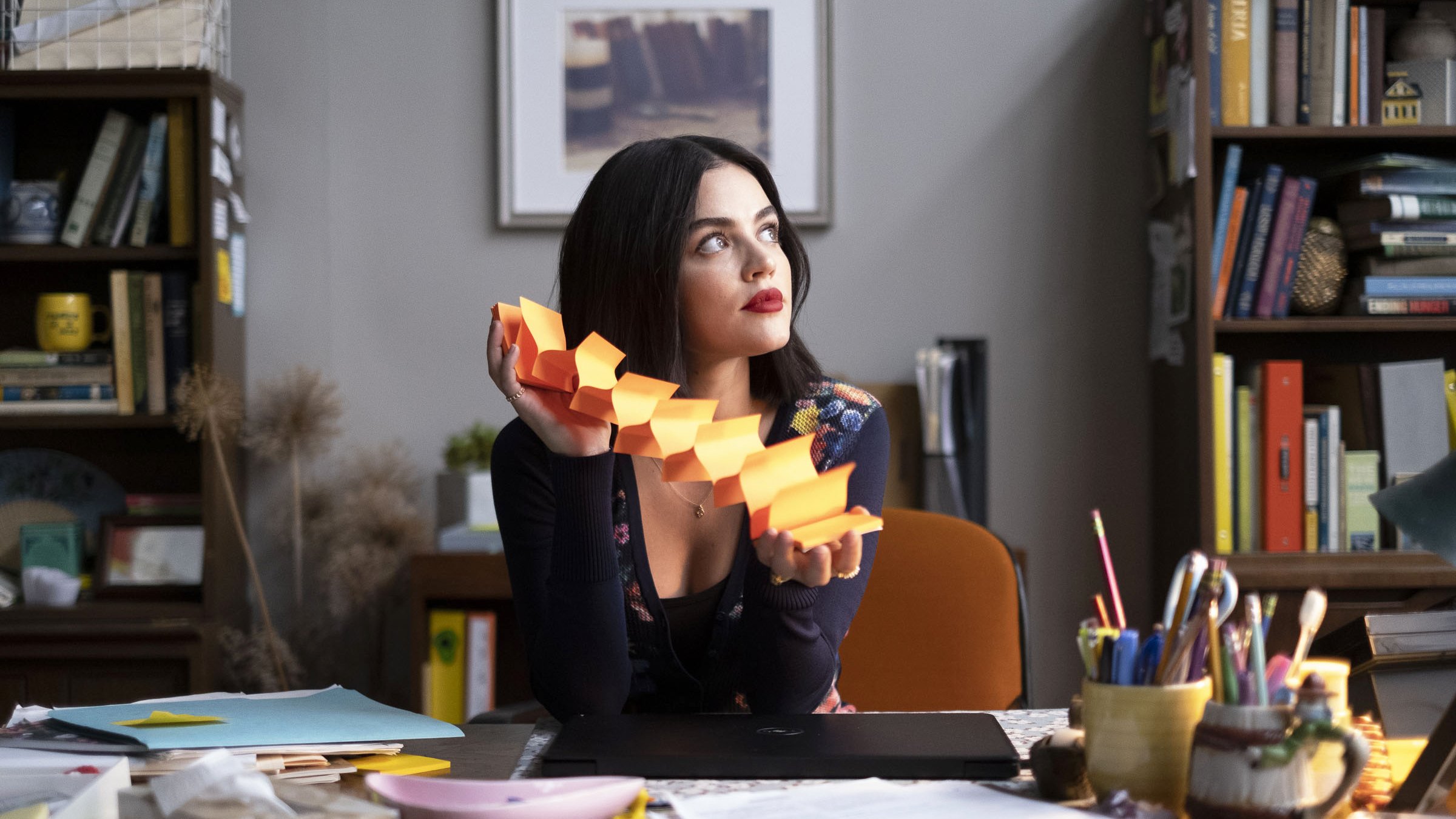 Abrupt additions like the wet dream that Lucy has, without any plausible grounds or hints, derail the momentum of the cat and mouse camaraderie between her and Joshua it gathers initially. Then all of a sudden the next day, the two make out and do not see each other again after that. A sacrificial Danny, unfortunately, extremely poorly played by Damon Duanno, comes and goes without any emotional involvement. The inadequate characterization is the first of many fatal flaws that ‘The Hating Game’ suffers from.

The trend continues further in the film. This lack of focus is acute and a consistent feature of Peter Hutchings’ lackadaisical direction. Nothing meaningful quantifies between the protagonists despite the best efforts of both Hutton and Stowell. They are charming together and individually, somehow keeping the ship afloat. The former, especially, brings her character to life from paper to screen with such warmth and animation, she hardly feels fictional. Her seasoned acting credentials come in handy for the sinking ship.

But these flaws apart, there are certain moments that are well done and enjoyable. The first meeting of the two at Joshua’s house brims with intensity and passion. Sparkling chemistry and the inevitable coming together of the two provides a momentary relief and a shift of attention from the discordant mess that unfurls around it.

Another winning effort of the film in terms of making a plea for paperback books is worth the time. Writing and publishing a “classic” seems almost impossible these days. Overenthusiastic editors and modern trends of attention spans have seen a drop in the perceived weightage for purists. Lucy remarks aptly to this effect when she says “they almost cut down 200 pages to make the book an airport read”. This cultural indictment probably could have been the turning point of the film had there been some buildup on it.

A contrast between the philosophies of Joshua and Lucy about the artistic value of books would have been a warm and nostalgia-filled addition to the raging debate. The value and ethics that Gamins upholds in the highest bracket are mostly lost, or rather, booted out to accommodate pointless exchanges between Lucy and Joshua, mostly physical that catches the most eyeballs.

The value of what passes as “entertainment” becomes a cheap commodity in ‘The Hating Game’. Amidst the film’s emphasis that there is a thin line between love and hate, it loses its ability to be loved by a self-respecting individual and connoisseur of cinema. These remarks might come off as elitist or an unnecessary bashing of commercial cinema, but it is high time that standards for pass time are redefined.

There has to be more sincerity and austerity in the way films are made, irrespective of the genre or the target audience. It is unlikely that the film itself gets a lot of love from viewers, although, Lucy Hale and Austin Stowell sure deserve every inch of praise that will come their way.

The Killing of Kenneth Chamberlain [2021] Review : A harrowing true story brought to life by an incredible Frankie Faison