Home»OTT»Apple TV+»The Last Days of Ptolemy Grey (Season 1) Review: A sentimental tale interlinking the past to the present
Apple TV+/OTT/Reviews

The Last Days of Ptolemy Grey (Season 1) Review: Based on Walter Mosley’s novel by the same name, ‘The Last Days of Ptolemy Grey’ is an intense drama miniseries created by the writer himself. It premiered on Apple TV+ and the last episode came out just last weekend. The miniseries stars the famous actor Samuel L Jackson in the meatier role of Ptolemy. We meet his character in the twilight years of his life, suffering from dementia. Losing out on memories that he holds dear makes him increasingly anxious, which makes it hard for him to get a grip on daily activities. While it keeps getting worse, he appears to be feeble-minded to others due to his hazy speech among other tangible symptoms of the loss of memory. During this ordeal, his grand-nephew – Reggie, takes care of him for the most part and provides for his daily necessities.

However, not long after do we get to know about Reggie’s sudden death, Ptolemy is yet again left to be on his own. Due to the loving bond with Reggie, this incident propels him to investigate Reggie’s death, which he was told to be just an accidental situation. A murder that occurred during a shootout not being taken seriously and gaining an air of normalcy is troubling itself. So as a viewer, Ptolemy’s worries make sense. Through this incident, the narrative asks the viewers what worth a black man’s life is in the present? And what worth was it in the childhood years of now 93-year old Ptolemy? Have things really changed for black people after all these years? The series delves into such pertinent issues of racial identity through its melodramatic approach while retelling the source material.

The hazy memory due to dementia makes Ptolemy see the incidents from his past and makes him confuse his reality with that from many years back. He keeps seeing people from the past, imagining them being around him in flesh and blood. This happens due to a traumatic event from his childhood that creates a strong impression on him. With the narrative tool of memory, the writer carves out a story that illustrates how past trauma can manifest itself in the present. He also sheds light on how those situations dictate our overall worldview – how we choose to look at the world. His sense of justice makes him question the selfish acts of his niece’s son, which is due to the itched memories. The love that Ptolemy showers over the kind-hearted, selfless people is also an example of the same. 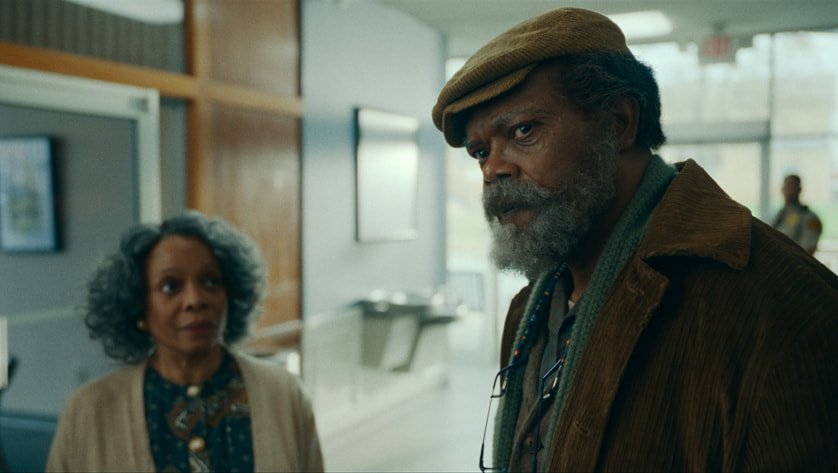 After Reggie’s death, 17-year old Robyn becomes the primary caretaker for Ptolemy. She helps him out like how a daughter would, which makes their bond grow stronger. Their mutual understandings are borne out of their respective pasts making both of them seek out a kinder heart. Ptolemy’s father was killed for stealing something from the white inhabitants of their town, and Robyn’s mother was killed in an accidental situation of no fault of her own. The majority of what makes ‘The Last Days of Ptolemy Grey’ engaging is their intertwining narratives and the incredible chemistry between the actors playing these two characters. Samuel L. Jackson and Dominique Fishback make the season constantly watchable.

The momentary gain of memory through a medical treatment gives a brief window of coherence in Ptolemy’s life filled with incoherence for a while. We encounter a revamp of his house and his personality along with Robyn, where he unearths the wealthy treasures from the past. Wealth being the obvious attractor for many becomes a catalyst for him for the judgment of people’s characters. Unlike others, Robyn being a selfless and headstrong person becomes his companion in these weeks. During this time, they both bare their hearts out, and their impressive performances make their short-spanned relationship gut-wrenching. That brings us to another theme that the narrative puts forth is about the topic of a chosen family as opposed to the blood relatives. What unites us and separates us, in Ptolemy’s world, are the human values – which is how it ideally should be.

While the season starts out on a strong emotional note in terms of the writing, the performances of both the leads make it worth watching till the end. While trying to tie in all the knots and build a convincing and emotionally satisfying resolution, the season falls short. The last episode simply does not make a lasting impact despite the sincere efforts to tell a relevant tale.