Director Stephen Moyer’s ‘The Parting Glass‘ is more of a writer’s film. Denis O’Hare (who also co-stars) has penned this beautiful tale of family trauma and loss out of his own life. Having lost his sister to an unfortunate suicide back in 2011, this deeply personal film ropes in an ensemble cast that delivers the truly vivid aftermath of a loss. The reason why the grief in Moyer’s film feels real is that its discourse doesn’t hinge on sadness but on naturalistic familial bonds.

The film begins when adult siblings gather around a tragedy somewhere on the outskirts of Columbia, Missouri. The youngest sibling Colleen (played by Anna Paquin) has committed suicide. The family members – who unknowingly end up having a reunion are really in splits as to why Collen has taken her life. That, however, isn’t really what the film tries to explore. On the contrary, the film tries to understand collective grief. It also investigates how loss can have a different impression on people who are under its tragic wrap. Driven by heady dialogues that motion through the family’s journey to Collen’s apartment and around, there’s very little deranged emotion that would hint that trauma has actually hit the family.

Similar to The Parting Glass –  Koko-di Koko-da [2019]: ‘Fantasia’ Review – An Allegory for the Dreading traumas of Grief

The overbearing old father – Who is mostly seen imposing things on the children is equally affected by the tragedy. But O’Hare’s writing – Which depicts him as a gay actor who had an intimate relationship with his sister, makes sure that the film is grounded in a subtle, unconventional way of examining how people respond to the loss of a loved one. It also shows how grief is processed in different ways within a singular family itself. 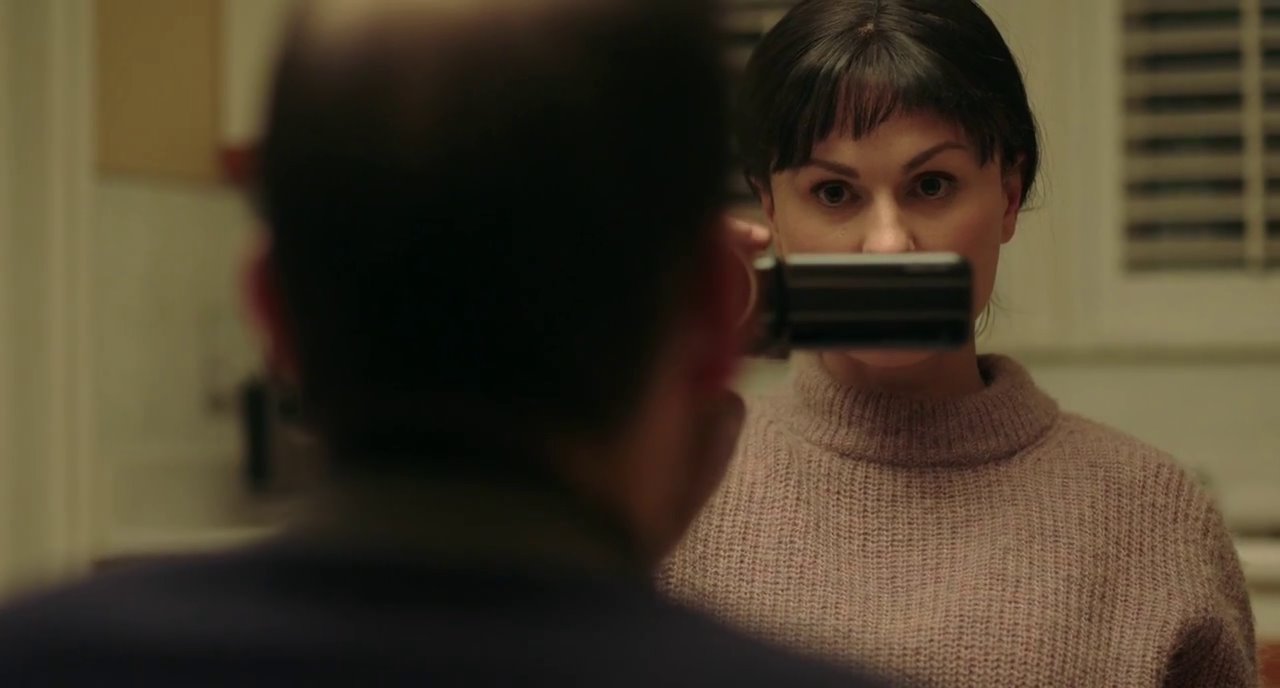 The two sisters played by Melissa Leo & Cynthia Nixon support the central premise with characters who can be cut out of any family portrait. They provide the much-needed part of the backstory that would make the audience understand that some people are just made different. We see only a part of Collen (the flashbacks are fast-cuts) as the director chooses to show only a side of her face. But in the time we spend with the dynamic family, we learn that the love that these people shared with her was also different.

Rhys Ifans – who plays the husband of the deceased feels like the one character who feels like an outsider. In many ways, O’Hare’s film is a deep examination of human behavior. The audience is left to hang around Ifans’ character to really dwell on the weird commotion that this family evokes. Leading very little time to focus on the weight of the tragicness of the story the dramedy occasionally feels too stagey to completely inhabit the cinematic treatment it gets. However, O’Hare’s writing keeps the character engaging, making sure that most of the emotional experience is felt rather than seen. The Parting Glass is essential viewing for anyone who knows that catharsis can happen anytime, anywhere. All it needs is the right viewing glass.