Koko-di Koko-da [2019]: ‘Fantasia’ Review – An Allegory for the Dreading traumas of Grief

Grief is a motherfucker. I’m not sure if Samuel L. Jackson said that or some other secretive holy grail, but that is one thing am sure of. It’s the kind of motherfucker that kills an individual internally – again and again, and again until they slowly get used to it. In Johannes Nyholm’s ‘Koko-di Koko-da’ a demonic trio hunts down a couple in an endless Groundhog Day-esque cycle. Each cycle ends with dreadful deaths. But the surrealistic, twisted narrative has some surprisingly haunting allegories to tell.

The film kicks off with a terrifying sing-along of the titular rhyme. The three psychotic figurines – A dandy in a bowler hat, a mammoth carrying a dead dog and a big-haired girl with a live dog are resulting along the woods. The nursery rhyme transcribes into one of the most haunting openings acts you will witness all year.

Following this weirdly distressing recoil, we meet a family on a vacation. Dad Tobias (Leif Edlund Johansson) and mother Elin’s (Ylva Gallon) daughter Maja (Katarina Jacobson) temporarily goes missing. She is luckily found near a pawn shop looking at a musical box that features the circus-trio featured in the prologue. Things get mismatched when the mother is rushed to the hospital. She has a fit from eating something that triggered an allergy. However, the hospital visit doesn’t end well. Tragedy strikes and we are soon thrown three years past that incident. 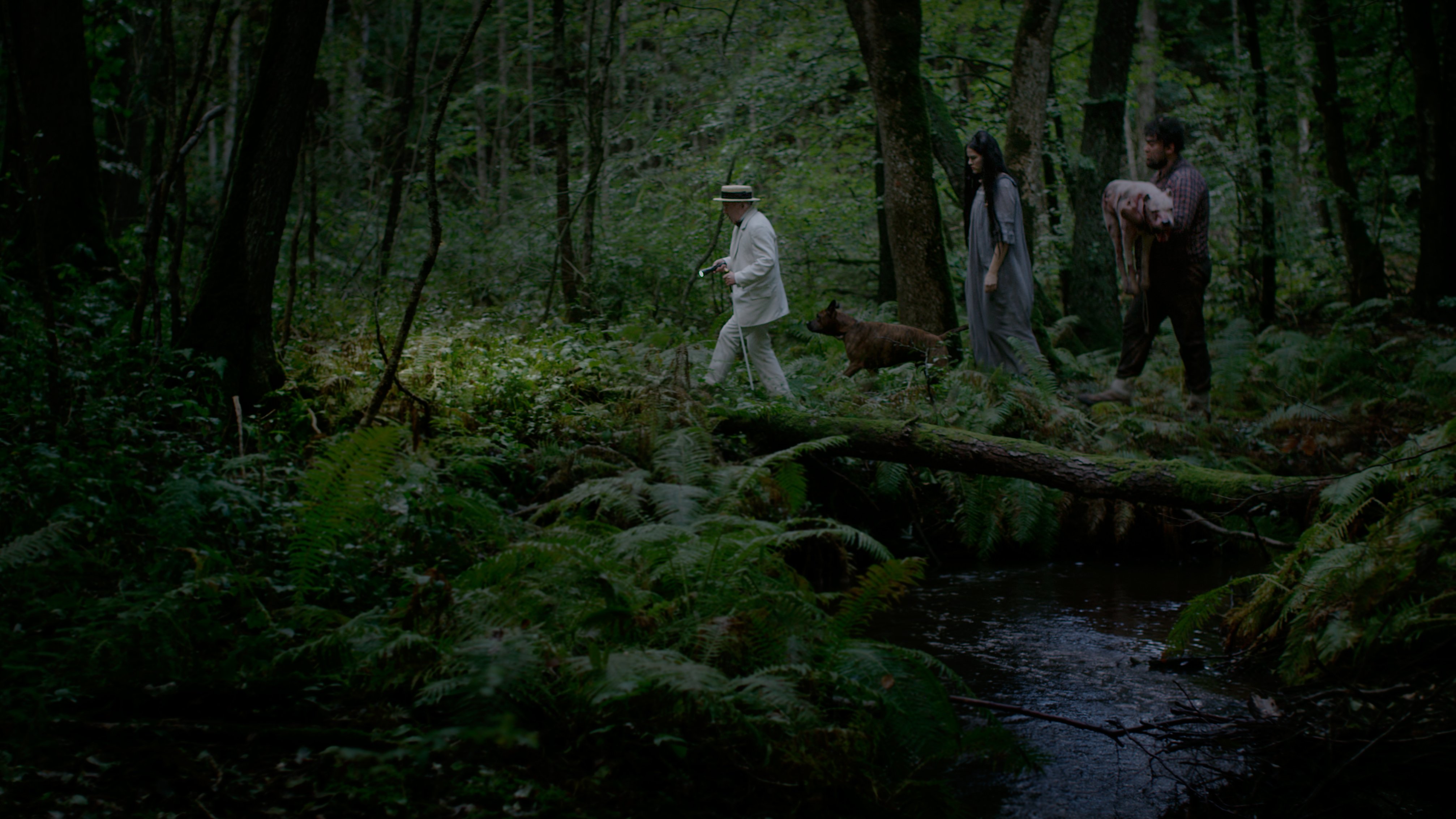 The sudden time-lapse is not the only peculiar things about Nyholm’s film. It opens like a nightmare and keeps pushing the dread in from all angles. Yes, even when the family is all dressed in terrible bunny-makeup or when the music cues into a puppet shadow show; it’s all trapped in sudden Lynchian mindfuck of the senses. In spite of the sudden change in scenario the film works. If not as a cyclic Babadook, then as a Groundhog Day retelling of how grief drills people to death every single day.

The film’s nightmarish ability is acutely triggered by a fantastic technical front. The cinematography is titillating with each cyclic event of death ending with a scooped-up, long-drawn above-the-head shot of the final cause. This puts the image and it’s terrifying end into the forefront making the almost surrealistic approach ring truer. The music that is mostly accompanied by the titular nursery rhyme can induce goosebumps. The sound design is especially full of dark, weary and dreadful strokes that can put all horror films and their jump-scares to shame. Nyholm even uses the distressing buzzing of a mosquito to great effects.

Johannes Nyholm’s Koko-di Koko-da shows great promise for a debutant filmmaker. The imagery alone calls for celebrating a filmmakers singular, original voice. The film falters only when it doesn’t necessarily work as more than an allegory of the dreading effects of grief but the traumas and terror that Nyholm manages to induce sure promise to keep all the complaints at bay.

Koko-di Koko-da [2019]: ‘Fantasia’ Review – An Allegory for the Dreading traumas of Grief