Yet another adaptation of Patrick Suskind’s German bestseller novel “Perfume: The Story of A Murder”; The Perfumier (Der Parfumeur) tries to stand apart from its precursors and tells the story of a desperate hunger for love. Nils Willbrandt’s feature follows a detective who lacks the sense of smell and a deranged perfumier who is in the wretched process of creating the scent of love. The execution, however; despite the crews’ visible efforts; fails to deliver a story that is coherent. It is an experience that is not quite odd enough to justify its peculiarities. Nonetheless, the movie is definitely fascinating in ways but only if it’s taken as a stand-alone feature that does not owe anything to the ventures that came before it.

Sunny (Emilia Schule) experiences happiness in the form of love for the first time when she moves to be with her partner Juro (Robert Finster). Her otherwise normal life is in a constant state of discomfort as she can’t smell anything. Sunny’s dreams of contentment come crashing down before her eyes when Juro ends their affair to be with his wife and kids. Devastated Sunny’s only form of escape is now her work as a detective and she gets eerily attached to a case of multiple murders of young women.

It is discovered that the victims have their sweat glands harvested for pheromones. The evidence leads to Rex (Anne Muller) being the prime suspect. Sunny follows Rex every day in hopes of finding something incriminating and one day she finally hears her screams coming from a house and calls for backup. Joined by nobody other than Juro, Sunny is in a state of unease. After smelling smoke coming out of the house, Juro breaks in and finds Rex. Sunny follows him in and finds the unique and incredibly dangerous perfume that the perfumier Dorian (Ludwig Simon) has created. Unable to smell it, she ends up rubbing it on her arm and is met with a sudden, passionate sexual approach from Juro which baffles her and makes her feel hopeful at the same time. She keeps the perfume with herself, away from everyone’s knowledge.

Sunny comes to know that the perfume causes an unhinged sex drive in whoever wears it and smells it, and she uses it to manipulate Juro into taking her back. Her days are once again adorned with passion and happiness induced by the strange perfume. However, upon finding out that she’s pregnant and realizing that she won’t be able to smell her baby; desperate Sunny sets out to find Dorian. She is convinced that he will be able to help her get her sense of smell back. 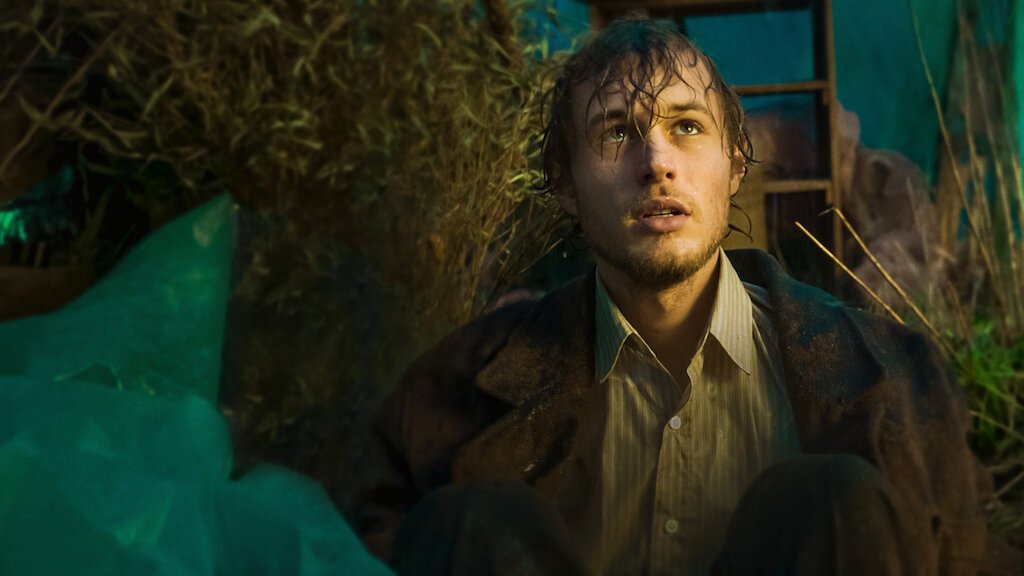 Dorian and Sunny’s encounter once again sends him down the path of creating the love perfume as his first attempt was a failure. One sniff of Sunny convinces him that she possesses the most special ingredient, “the pearl” as he calls it. In exchange for freedom from incarceration, Dorian promises to help her get her sense of smell back. After several failed attempts; in a strange turn of events, she is once again able to smell things after she survives Dorian’s sudden attack. Dorian frees Rex from the psychiatric facility and they once again begin their journey of creating the love perfume.

All isn’t well in Sunny’s dream life as she along with Juro begins experiencing the side effects of the lust perfume and she clearly sees that he’s unhappy. Her obsession with Dorian drives her to look into his past and a meeting with his dad reveals that he was an odd, unloved child who was repulsive because of his stench. It is also revealed that Dorian and Rex’s search for the scent of love began as kids and continues to this day. When Sunny is attacked by Rex, she uses the much sought after lust-perfume itself to defend herself. Covered in the dangerous substance, Rex walks out and begins engaging in vicious sexual activities with multiple people who, under the influence of the perfume, cannibalize her and leave behind only the titanium plate that was inside her head.

Beginning with a shot that is a homage to “Ophelia”; Willbrandt promises a film that will be visually stunning, and delivers the same, for the most part. The dark, haunting cinematography creates a world that looks like a fever dream and the creepy quotient is elevated by the consistently amazing score. The sloppy storytelling, however; does not do justice to the gorgeous premise it was provided with. The vision of the movie, and that of the maker, remains unclear. The plot seems to have set several goals and it does an apathetic job at reaching some of those while completely abandoning some others.

The amount of quirks and characters that are aimlessly thrown around for the sake of the main plot is too noticeable to be justifiable. The randomness of incidents and happenstances would have been somewhat understandable had it been set in a world far weirder and not contemporary. But in a story like this, occurring in the world as we know it; the rationale required is far higher than was issued in the film. One of the biggest question marks in the film is Rex. What was the evidence against her? What motivated her to be Dorian’s accomplice? It is possible that she is just there to add to the whimsy but even that requires some reasonability.

The mannerisms of the main characters and the crazy struggles of the psyche are quite interesting to follow. But the explorations of said nuances were unsatisfactory and underdone. The performances being reasonably good certainly adds to the film’s watchability. However; it is the least captivating adaptation of the book as of now. 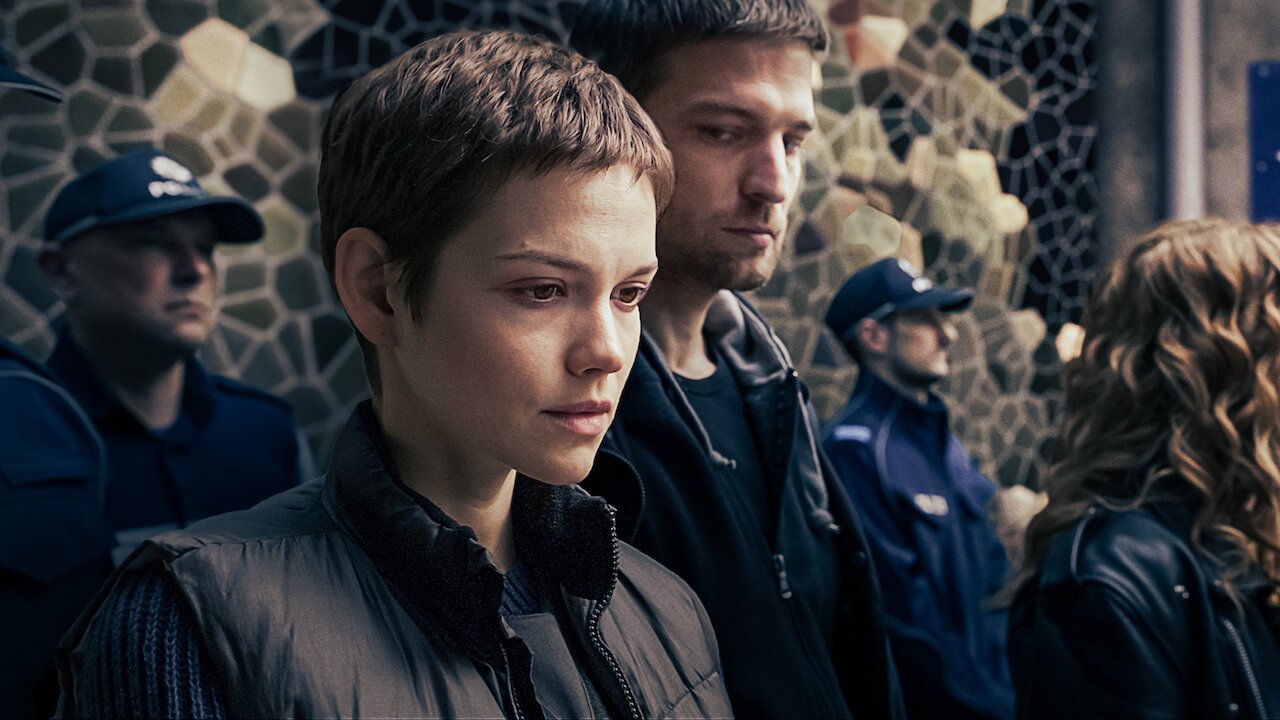 What was the “pearl” and its significance?

Seeing that Juro is beyond miserable in the dysfunctional, artificially induced relationship, Sunny decides to end it and set him free. She also manages to overcome and rise above the power of the lust perfume. However, as he is still not able to let his dream go; Dorian approaches her once again and while at first she sort of starts giving in to the fatal intoxicating charm, she quickly breaks free. She asks him how he is going to create the perfume of love if he has never felt love. Puzzled and threatened by that question, Dorian seeks the help of another perfumier Moritz de Vries who as it turns out, has created a device that extracts unadulterated pheromones without surgical intrusion. When asked by Dorian whether he would be able to create the love perfume if he has never felt love; Moritz ridicules the world’s never-ending obsession with love and leaves.

Still in his pursuit; Dorian abducts Sunny’s neighbor and his girlfriend, hoping that she would show up to save them and his wish come true. Dorian enlightens Sunny about his grand understanding of the “pearl”. She is told that pearl isn’t her, as indicated earlier, but her baby. He wants to recreate the scent of a newborn as it is the closest thing to love that he can imagine. His attempts at creating a bizarre connection with her come to an end when his sense of smell is taken away by a toxic substance that Sunny has been carrying with her. Even imprisoned; Dorian in his unsteady state continues to dream of breaking free and creating his masterpiece. Sunny is finally unrestrained from her toxic instincts and has given birth to a beautiful baby with whom she wishes to share a wholesome life without fear.

Dorian’s obsession with love has been mirrored in Sunny’s desperation for love. Both of them share a loveless childhood. While one was never adored for a stench that wasn’t his fault, another was abandoned and neglected by her parents. It is quite obvious that Dorian would associate love with the scent of a newborn. As a newborn, he was pushed away and the love that he deserved but wasn’t given is exactly the kind of love that he continues to seek. Sunny’s unborn baby being referred to as the pearl is perhaps a metaphorical gesture of comparing her and her fetus to an oyster carrying a pearl within itself. Without the pearl, the oyster barely has any value, and that is exactly how Dorian feels about Sunny.

Where to watch The Perfumier

Something You Said Last Night [2022]: 'SSIFF' Review - Tender, understated drama on trans ennui is one of the very best films of the year

The Girls at the Back (2022) Netflix Miniseries: Review, Recap & Ending Explained – Which of these women has cancer?