The film's beauty lies in creating characters that are absolutely real, nothing's exaggerated, even in their moments of madness they retain a sense of humanity, or is it fear? - The film forces you to question the generally accepted morality, is a weak moment of lust worth being stripped of all dignity, or as the film would love be called " Death of Salesman"?

In a scene from a play based on “Death of a Salesman”, a woman completely clad in a red dress and a hat says she’s going out naked. It makes the other actor burst into laughter. It’s a brilliant scene, not because a women dressed from head to toe talks about nudity, but because the man laughs just imagining the situation, it speaks volumes about Iran, a nation where “to uphold the morality of the republic” one can’t even go around shopping without maintaining “The Hijab”.

An ordinary middle-class couple gets into a new apartment, it’s like any other apartment, except there’s a closed room, a room which still hasn’t been vacated by the former tenant, a women, the neighbours believe was of “questionable character.” She’s not ready to take away her stuff, not unless she finds a new apartment. The new tenant gets frustrated and opens the gate.

There’s an eeriness in this normalcy, what did the women do? why isn’t she coming? there are drawings all over the wall, a kid must have lived there. One fine day, someone rings the bell, the wife, nonchalantly opens the gate, and everything changes. 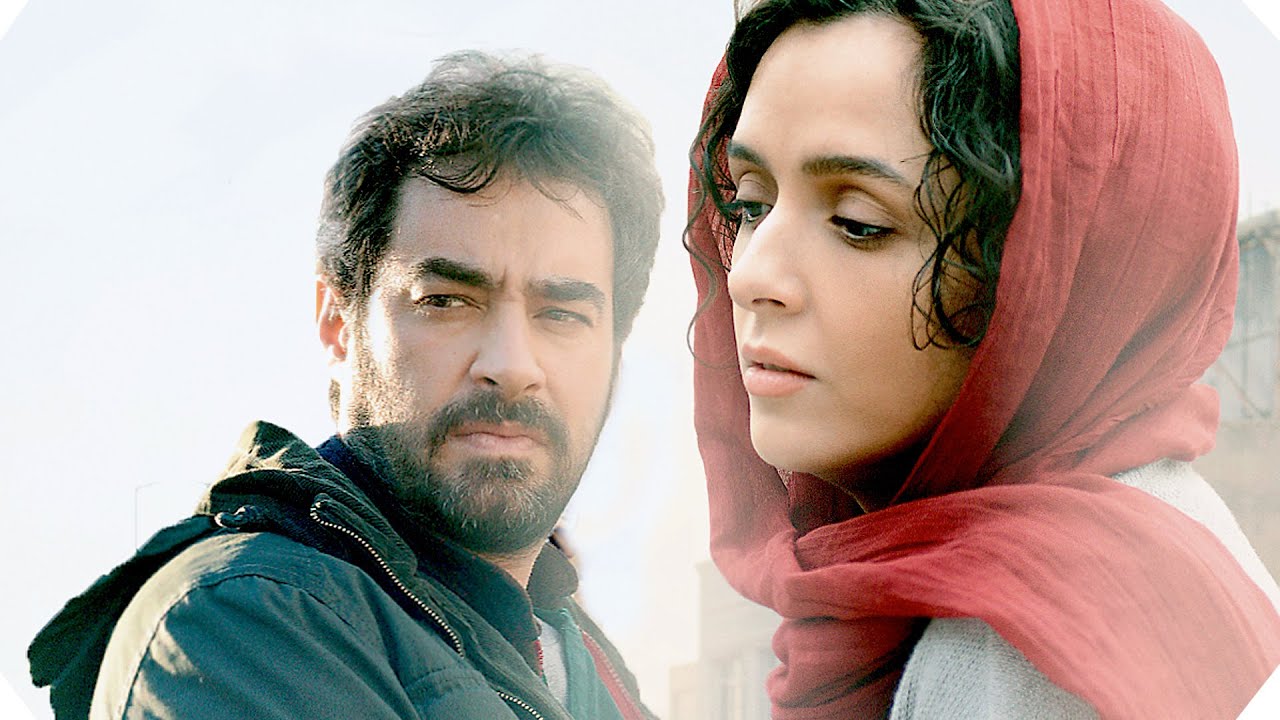 The women is assaulted by an unknown man, the neighbours suspect it was some lover of the previous tenant, he leaves behind his lorry, wife can’t get over the episode but she’s not ready to go to the police(showing the lack of trust in the system), the man is hurt, not only because he couldn’t protect his wife, but also because the man touched his wife, hurt his honour and left money. – His ego is bruised, he finds himself impotent, incapable of letting go of this hatred.

The woman wants to get over this trauma but the man needs a closure and he will go to any level to get a closure, a closure to his burning hatred, or as his wife says ” You want to take revenge?”

Farhadi is a master storyteller, his films unravel like a mystery novel, he takes an ordinary story about an assault in the family and transforms it into a gripping tale of revenge, human vulnerabilities, and sadistic satisfaction of masculine ego. The film has a sense of urgency, the decaying walls hint at the fatigue of their relationship, the neighbours depict a society where everyone is sceptical of a lonely woman, it subtly hints at so many issues relevant to the country, the importance of religion, especially in the life of older generation, lack of artistic freedom, loss of faith in system, and patriarchal mindset.

The film’s beauty lies in creating characters that are absolutely real, nothing’s exaggerated, even in their moments of madness they retain a sense of humanity, or is it fear? – The film forces you to question the generally accepted morality, is a weak moment of lust worth being stripped of all dignity, or as the film would love be called ” Death of Salesman”?

The answers you never get, and that’s why the film works.

Its Only the End of the World [2016] : A Self Indulged Emotional Roller Coaster

All Asghar Farhadi Movies Ranked from Worst to Best