Described as a “cathartic movement film”, The Severing left me with a clutch of thoughts that became increasingly pitted against the director’s choice of techniques. Would an eye more seasoned at decoding choreography be better equipped to read into the nuances in many but ultimately blurring-into-one bodily configurations which are the sole text here? There’s sex, suffocation, struggle and signs of a damaged, damaging relationship all encoded behind the dense mesh of dance, but nothing much is absorbing or remotely fascinating.

It’s essentially a tableau of semi-nude bodies, smattered with mauve and black paint, gyrating, wending and making ungainly shifts and twists within a contained stage whereon materially is transferred a dreamscape, helpfully explained by the narrator in voiceover as a fourth dimension. Man, woman and community are tangible coordinates riveted together into some sort of spectral, liminal realm. There are textual interventions every now and then, propping in maximized font all over the screen. The text has the same spirit as the visual element. Sentences tailing off, broken defiantly in the middle, are finished after a whole sequence, the preceding words flailed into the oblivion, picked up and finished with an attitude that encourages incomprehension.

Director Mark Pellington opens and ends with a woman writhing her body, jigging into a mess of tangles, on the floor. The camera pulls close at times and retracts, however not too much success over the entirety of the time as this purportedly experiential film, claiming a pure reliance only on emotion and physicality lacks coherent stitching in its methods and moods. I understand and am fully cognizant of the film’s defiant stance against easy and simple narrative rhythms for the film makes it abundantly clear its primary intentions very early on, which are, not to pander to neat threads of thought. The film gives an abiding impression of directorial indulgence which strays to arrogance in keeping off the diligently curious viewer who wishes to grasp those threads at a cold distance. 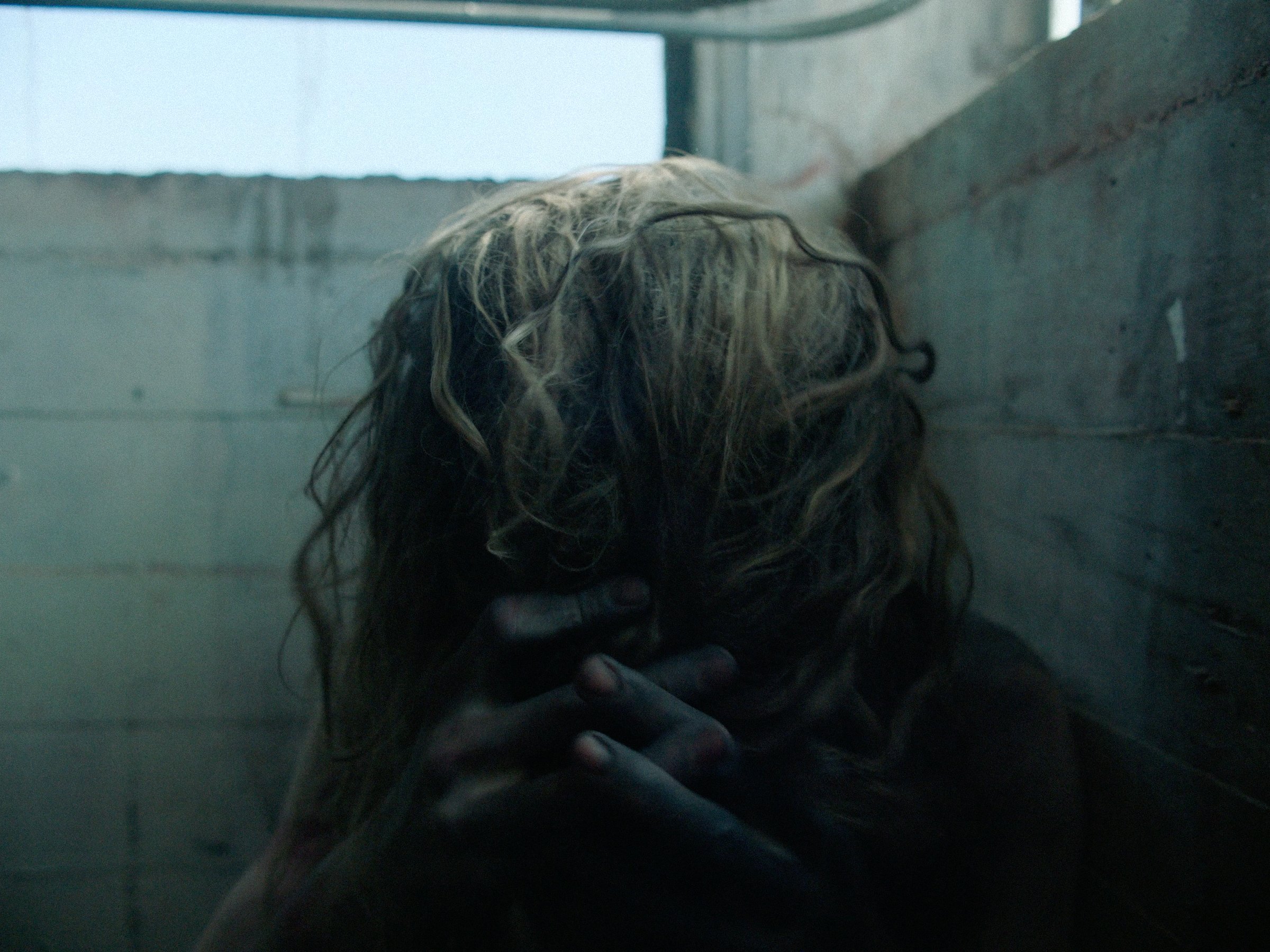 The inaugural text emphasizes the invisibility of true selves that refuse to open up to the other, hiding deep within beneath layers of denial. Over the course of the next sixty-odd minutes, the text assumes a more difficult shell of its own. There are allusions to second lives, rebirths, woven with visual iterations of doorways, thresholds. Clasped mouths are a recurring image, so is heaps of bodies piled atop each other. Gender is deliberately rendered as not immediately obvious, making identities androgynous.

The film comes across as retaliating against modes of obviousness, consciously putting on strangeness, things that would have bode well had it not been for the amateurishness on display and death yawn-inducing sequences that are just mindlessly protracted. Then there is also the case of the one-note background score that is a constant accompaniment throughout the entirety of the film. My ears started hurting while my eyes had already been sufficiently glazed over by the utter unintentional chaos of the visuals.

To the inattentive, a significant chunk of the scenes will appear confusingly repetitive in structure and design. But slowly the gestural difference grows in magnitude when played out from divergent viewpoints. The exasperating effect induced on the viewer never relents in the intensity of its orchestrated effort. There is a dizzying obliqueness to the style adopted by Pellington yet what surfaces eventually has the shape and heft of something ancient by way of the man-woman tussle, the constriction implied frequently over the modest one-hour runtime. The figures are juxtaposed against surfaces of light and shadow, slithering away to leap off and pirouette almost in the rooms that blend across a continuum of space. There are hints to civilizational transformations while the texts highlight isolation, grief, and loss as undercurrents that seem embarrassingly ladled onto as if the film distrusts the viewer’s intuition of catching onto the bareness of the feelings evoked amidst all the movement.

Related to The Severing: The 15 Best Netflix Original Films of 2021

Pellington deliberately flirts with abstractions and bizarre gestures, intent on creating a visual vocabulary that will be immediately alienating to many. I persisted but the consistent ineptness that shines through the technical aspects, be it the frankly annoying editing freeze decisions or tacky camerawork, seemed cumulatively determined to push me off my already teetering edge of patience. I alternated between being awed by the callisthenics and ultimately pitying the exertions performed by the ensemble of dancers because all of it after a point shade into a dull patch of intermittent flickering lights, trapped figures locked in some godforsaken struggle of endurance which morphs into such a test for the viewer too. It is just excruciating to sit through, and the sheer pretentiousness and posturing in a throwaway text on the screen that reads as “my abstracted language as a signpost” will serve as more than an ample offering of the film’s tone and tetchiness for anyone.

THE SEVERING SCREENED AT THE 2022 SLAMDANCE FESTIVAL

Ultrainocencia [2022]: 'Slamdance' Review - A Quirky and Imperfect Mix of Performance Arts and Cinema

In From The Cold (Season 1) Review - A Show That's Essentially Black Widow And Mission: Impossible On Steroids