Filmmaker Balaji Vembu Chelli’s The Tremor (Nilanadukkam) is focused on a singular, unnamed character. He is an ordinary journalist who is trying to make it big. His sources inform him that a massive earthquake has allegedly destroyed an entire village. The man hopes for his big break. But what if there was no earthquake? How do you create a comprehensive report of one? At that, the few villagers he manages to meet in an almost deserted, sleepy region across the mountains offer him cryptic clues of a story that doesn’t match his sources.

One must applaud the director for his debut turn. The man knows exactly how to plot his steps and where to restrict the flow of his narrative. The casting is apt and manages to establish discomfort and dark humor in the unlikeliest of places. The mundanity of the situation is slightly twistier than you’ll expect- the mystery is not much in the plot as it is in the atmosphere. We have a haunting woodcutter rural woman who tricks our photojournalist protagonist into believing that there was an earthquake in her village. We have a needless close-up shot, ripping off the terrible ways mainstream filmmakers find to establish twists and turns. For the most part, we see this man driving through the serene Kodaikanal terrains. And yet, we never feel bored.

SIMILAR TO THE TREMOR: BARE TREES IN THE MIST [2020]: ‘DIFF’ SHORT FILM REVIEW – THE WAFER-THIN WEIGHT OF GRATITUDE

The editing by Dorai Prakash SA is superb because his choices of cutting through shots of water flowing from different sources are often magical. The sound design by Vivek Anandan is wholly immersive and made me feel as if I was the one driving through this unusually quiet village. It is remarkable because it doesn’t put so much effort into getting prolonged or eerie. It just works. I especially loved the cinematography by Vedaraman Sankaran. The Tremor is felt even when it doesn’t take place because his beautiful, sublime framing utilizes space to its full potential. The use of space is layered and important because this is not the kind of thriller where time is slipping out of hands. 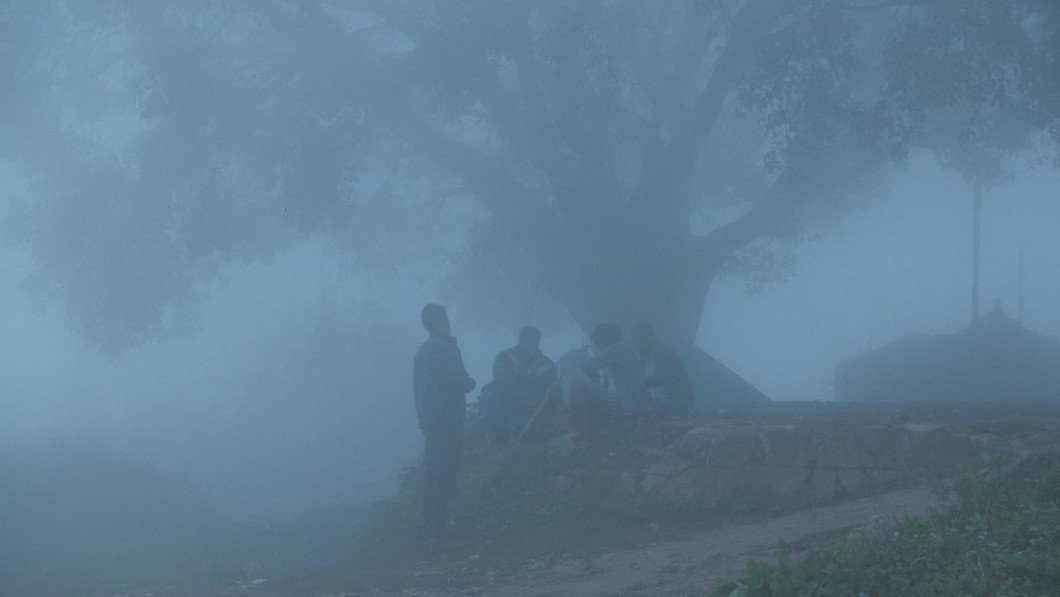 Instead, the film is unsettling because there’s just a lot of time in the hands of these places and characters. It never feels rushed even in the running time of seventy-one minutes because the slow-burn payoff is incredibly satisfying. I was amused for finding myself being entertained by the quietude and lingering pauses the film delivers. It does the job quite skillfully because the minimalism only intensifies the impact.

However, I couldn’t get myself to wholeheartedly espouse the film because it keeps the audience at an arm’s length. It doesn’t give us any reason to emotionally root for the protagonist, and thus, even his story feels slightly distant. Also, the editing progresses in an underwhelming manner as the film comes to an end. The performance of Rajeev Anand as the photojournalist left me in splits. Either it is perfect because he conveys it exactly how the writing demands him to, or he is just not expressive enough, leaving one cold and exhausted.

SIMILAR TO THE TREMOR (2021) REVIEW: JOYFUL MYSTERY [2021]: ‘IFFK’ REVIEW – A MOVING ROMANTIC COMEDY ABOUT THE CULTURE OF QUARRELS

However, The Tremor, despite these minor issues, feels undeniably original. It is not an empty thriller. The film makes an effort to scrutinize human desperations. It also comments slyly on how Indian media embodies the same. Our media prefers sensationalism over originality and melodrama over honesty. It throws sincerity out of the window right from the first news story they deliver to the last. It is a business that gobbles up facts and sells them for some intrigue in their storytelling. This has been particularly evident in the ongoing second wave of the coronavirus pandemic in the nation.

The Tremor is shot in the middle of the pandemic. The villagers are socially distanced. This manages to give the film’s sturdy messaging a sinister, murky edge. It makes for a startling, original thriller.

Preparations to Be Together for an Unknown Period of Time [2021] Review: A psychological noir that loses its way despite the solid preparation