Compared to the all-guns-blazing storytelling approach in the maiden season, the sophomore season of Mike White’s “The White Lotus” has taken a much different approach. While the first season was very direct with everything, the current one has a lot of subtle hints and clues here and there. After a very explosive season premiere, White purposefully slowed things down for the next two episodes before picking things up and teasing the audience with a lot of new things (and two new characters) last week. The latest episode is almost the same as last week’s in terms of storytelling style, although this one ends with a pretty chaotic twist which will definitely come into play over the final two.

The big question at the moment; is how the pay-off is going to be, after all the teasing. From what we have seen so far, we are betting on White to pull it off. 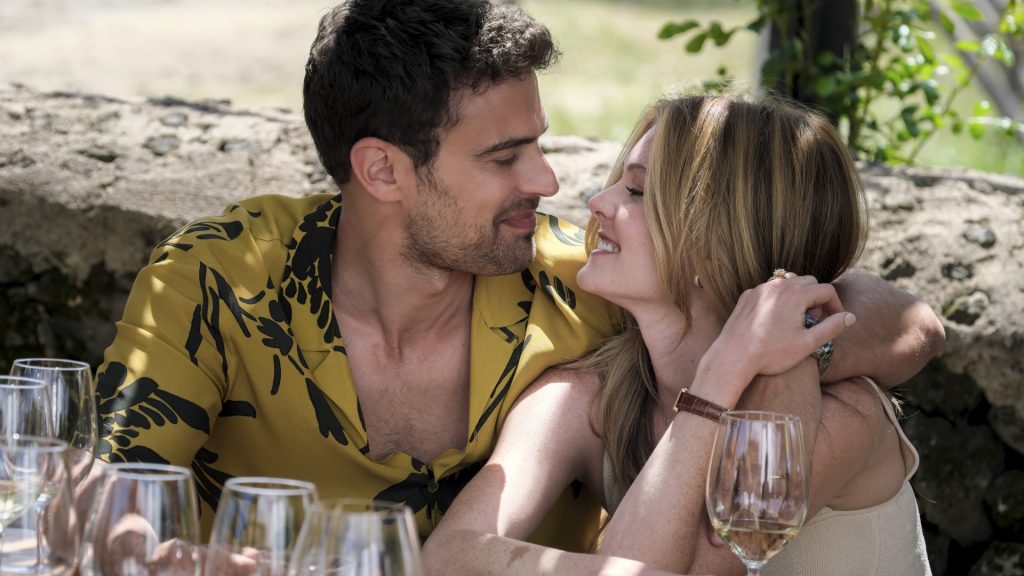 Let us start day 5 with Ethan and Harper. The condom wrapper Harper left in the bathroom sink at the end of the last episode is found by Ethan right away. The much-awaited confrontation happens and Ethan finally tells the truth. But Harper is obviously pissed and doubtful of Ethan’s loyalty, which is understandable. Is Ethan really something other than how he seems or just an idiot?

A beautiful day for a trip to Palermo

Tanya’s fortune in her second outing at a White Lotus property drastically changed when she met Quentin and his friends in last week’s episode and the current one is not so different either, in fact even better. Quentin invites Tanya to a two-day trip to the city of Palermo which she gladly accepts.

Tanya asks Portia to tag along with her which is not a problem for anyone either. In fact, Portia seems to be over the moon with her newfound reason for excitement, Jack, who is also going to follow his uncle’s group wherever they go.

At the boat, Tanya gets a little jealous of Portia getting the opportunity to have sex but she is mostly happy for her young assistant. Tanya is a good person at the core, after all.

Albie’s day starts with Lucia with the two having sex in his room. But things soon become somewhat awkward when Lucia realizes that Albie is not aware of her profession, after asking for money from him. Albie, flustered and embarrassed, promises to give her the money but Lucia insists that she wouldn’t take it because she genuinely likes Albie.

At breakfast, Albie tells Dom that he has to go to the bank for something. Dom inquiries but Albie refuses to say anything further. However, Bert and Dom soon figure out what is happening when Albie goes to hang out with Lucia and Mia right in front of them.

A day full of booze and unpleasant questions

The couples go to a nearby winery that is supposed to serve “healthy” wine. Harper, still visibly pissed, starts to grill Cameron without directly talking about his debauchery which makes Ethan uncomfortable. But that doesn’t stop him from grilling Cameron and directly telling he is smarter than the two of them.

In the evening, Harper tries to tell Daphne by giving her the most obvious hint. But Daphne hints that she is aware of everything and she does what she needs to do in order to accept it. She mentions spending “time” with a handsome trainer, implying she has her own sexual (and possibly emotional) thing going on outside the marriage.

Last week’s episode made it clear that Valentina has a crush on her staff Isabella. And that is one of the primary reasons for her being too hard on Rocco. Not to mention, she hates to see Rocco flirting with Isabella who also sort of enjoys it, which we can see. But Valentina is either too oblivious to that or in denial which makes her think that Rocco is making Isabella uncomfortable. This results in her transferring Rocco to the beach club. A visibly irritated Rocco leaves while Isabella tries to hide how she really feels.

Meanwhile, in the absence of Giuseppe; Mia tries to convince Valentina to let her fill his shoes. But Valentina keeps denying her plea.

Tanya goes to the Opera

Tanya’s glorious Palermo trip continues to be amazing for her as Quentin takes her to an Opera where she has an amazing experience. After coming back, Tanya and Quentin have a deep conversation about death and beauty before calling it a night.

Cameron gets back at Harper

After being grilled by Harper throughout the day Cameron decides to attack Harper by making her uncomfortable by asking sexual questions. But Harper doesn’t seem to be bothered; until Cameron starts to touch her inappropriately without Ethan and Daphne being aware. What a piece of shit Cameron is!

Albie finally has a conversation with his father and grandfather about Lucia being a sex worker and how that should not be an issue and that it is they who are at fault for judging her. This follows by his ditching Dom and Bert and joining Lucia at the hotel bar. The two eventually leave and roam around the city until Lucia has an unpleasant encounter with an obnoxious guy, most likely a former client or a pimp. That doesn’t stop her from having the time of her life with Albie though, as they end up spending two nights in a row.

Meanwhile, Dom vents to Bert about how the latter has been responsible for his faulty upbringing which eventually resulted in the breakage of his marriage. He also tells how oblivious and self-centered Bert has been and how his mother died a bitter death, with unhappiness. At night Dom tries to call his wife but all he gets is her voicemail.

Jack has a thing to do for his uncle.

Portia has a great, exciting evening with Jack in Palermo which doesn’t show any sign of ending. Right before entering her room at night, Portia asks Jack if he intends to come inside to which he says yes but he has to do something for his uncle first..

Albie and Portia have an awkward goodbye sort of encounter before Portia leaves for Palermo. Is this the last of these two or there is more?

Mia does get her much-coveted opportunity after revealing to Valentina that she knows that Valentina likes women.

The things for which Albie and Portia don’t work out are actually the same things Albie and Lucia are working on. This is an indication of how a person who is very much wrong for someone might also be very much right for someone else.

Cameron still hasn’t paid the money to Lucia and he literally avoids her by making vague excuses in this episode. This doesn’t make any sense as giving the money seems to be the ideal thing to avoid further trouble, from Cameron’s perspective.

And that thing is..

Right in the middle of the night, Tanya wakes up and shockingly discovers Quentin and Jack are having sex. What is the significance of this incestuous twist in the tale?

Victim(s): Cameron. We are pretty much certain this dude is going to get what he deserves.