“The Great Hack (Netflix Documentary) despite focusing on a very intriguing subject comes across as vapid and annoyingly evasive.”

Egyptian-American documentarian Jehane Noujaim likes to get an inside view of things that are not often addressed in the mainstream reporting. Noujaim’s narratives start where the prime TV headlines leave off. Her debut documentary Startup.com (2001) examined the ‘bursting’ of the Internet bubble in the backdrop of certain harsh economic turns. Control Room (2004) offered a fascinating peek into the Middle Eastern news agency Al Jazeera’s coverage of Iraq war, which focused more on the humanitarian costs of war. Al midan (‘The Square’, 2013) took Noujaim to Tahrir Square, Egypt during the revolution that led to the fall of President Hosni Mubarak. What started as a demand for freedom and democracy soon turned grim as a military officer became the nation’s de facto leader, threatening everything the people really fought for.

Noujaim’s new Netflix documentary The Great Hack (2019), which she co-directed with her Al midan producer Karim Amer, focuses on the investigation of Cambridge Analytica, the infamous British data-mining firm (now defunct) that harvested raw data from Facebook to fuel the raucous and racially-charged campaign of Donald Trump in 2016 U.S. election, and also supposedly played a key role in pushing a pro-Brexit agenda in the UK. Although Noujaim’s documentary deals the subject from the unique perspective of three individuals, closely involved in unmasking the unsavory, undemocratic ways of the firm, there’s not much new information here and moreover, it isn’t as layered or deeply perceptive as Noujaim’s previous works. The Great Hack might enlighten the broader Netflix audience who haven’t paid much attention to the horrifying nature of these revelations. For others, this snappy coverage on data thieves and self-serving narcissists feels a bit out-dated. 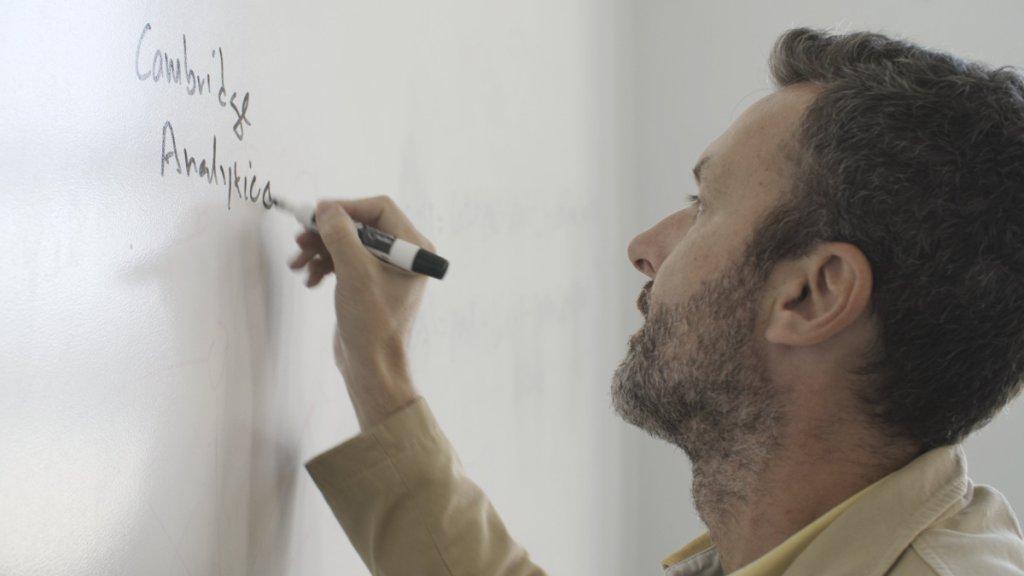 The Great Hack first introduces us to Professor David Carroll who sued Cambridge Analytica for illegally compiling his data (alongside millions of Americans) and asked to look at the information the firm held on him. He used a right in Britain’s Data Protection Act (of 1998) to file a legal challenge in a UK court. The next important subject in the documentary is Carole Cadwalladhr, the fearless reporter of The Guardian, whose stories on Cambridge Analytica’s strategies of targeted misinformation led to multiple inquiries and investigations in Britain and America (and also brought scrutiny on Mark Zuckerberg although he got off lightly).

The third and perhaps the most defining subject of the documentary is Brittany Kaiser, a key person involved in Cambridge Analytica’s ‘methods’ to sway both the results of British EU referendum and the 2016 U.S. presidential election. She calls Cambridge Analytica CEO Alexander Nix (the primary villain of the documentary) her friend and mentor, and admits to being right alongside him when their manipulation tactics experimented across the social media platforms.

Directors Noujaim and Amer then begin to track down the alleged redemption of the problematic and despicable Brittany Kaiser. Kaiser is in fact projected as the next big whistle-blower, and we first see her in an undisclosed resort in Thailand (seems purely for dramatic purposes), giving morsels of information to political theorist Paul Hilder.

Kaiser repeatedly tries to portray herself as a human rights activist, lured down the wrong path due to family and financial circumstances. But her work history even before joining Cambridge Analytica raises red flags and concerns. Furthermore, data misuse wasn’t the only bad thing Kaiser did in her stint with Cambridge Analytica. The film-makers almost take everything said by Kaiser at face value and feel content in just watching her restlessly squirming inside cabs and luxury hotels. Carole Cadwalladhr actually seems to be more interesting character than Kaiser.

Also, Read — The Edge of Democracy [2019] : A Captivating Account of Breakdown of Democracy

The Great Hack is also flawed in the way it exclusively focuses on the misinformation campaigns of Cambridge Analytica and barely touches on the other more sinister dimensions of the digital advertising market (there’s only some monotonous recital about the Russian interference and Brazil’s whatsapp fake news). There’s no rigorous analysis of Facebook’s hand in all these things, except for few passing comments from Brittany Kaiser when she sees the live coverage of Zuckerberg’s response to the investigatory committee. Even from an aesthetic perspective, the repeated motif of photographed reality pixelating and drifting into sky (or cloud) gets tiring after a point.

Eventually, The Great Hack (113 minutes) despite focusing on a very intriguing subject comes across as vapid and annoyingly evasive. The documentary’s account of exploitation and weaponization of user data is consistently marred by its overwhelming focus on a dubious character.

Léa & I Netflix [2019] Review: Yearning For the Alternatives and a Better Life