Tigre [2017] – A Tale of Uneasy Reconciliation and Burgeoning Sexuality

The New Argentine Cinema of the late 1990s and early 2000s went through profound aesthetic and thematic changes to align itself with progressive ideologies. On one hand, the nation’s political and economic upheaval led to a multi-layered critical narrative, while on the other hand, the liberalization in regard to gender and sexuality politics brought upon a set of fresh cinematic challenges. Lucrecia Martel, a founding member of the New Argentine Cinema, rose to face these challenges by delineating intimate worlds of the women or girl-figures. Her ambiguous narrative riddled with universal themes of belief, desire, and prejudice is brought to light by a distinct feminine gaze. There’s a complex micro-political commentary in the way she depicts the deadening mundanity in her female protagonists’ life as if they could be trapped forever within the strictly patriarchal or neo colonial boundaries. Apart from Lucrecia Martel, there are different female Argentine directors (Julia Solomonoff, Lucia Puenzo, etc) who played a crucial role in the development of new feminist and queer cinema. Silvina Scnicer and Ulises Porra Guardiola’s “Tigre” belongs to this distinctly developed landscape of Argentine film-making, inquiring into gender roles and female sexual awakening.

Tigre Delta, situated north of Buenos Aires is known for its hundreds of tiny, carefree islands and waterways. The delta that once housed spectacular mansions for British colonizers is now renovated with gated communities, spa resorts, and amusement parks. Sixty-five-year-old Rina (Marilu Marini) and friend Elena (Maria Ucedo), in her early 40s, arrive at an isolated and bedraggled mansion in Tigre. Rina isn’t just seeking a greater reprieve from urban life, but also hoping to save the house from relentless developers with intent to build gated communities. She thinks her only son Facundo (Agustin Rittano) will provide due help in settling the disputes regarding land titles. As the friends bond over a drink, the next day sees the arrival of Elena’s perceptive & beautiful teenage daughter Carla and her two friends – playful Sandri and smug Esteban. Paralleling the quasi-narrative of these urbanites that unfurls over five days, a minor narrative revolves around Milena, a sexually awakened adolescent who has run away from her family and lives among dense bamboo stalks with two weird local boys.

The Tigre Delta, as the title indicates, is the protagonist and works as a physical representation of the characters’ challenging and convoluted relationships. The distinct setting reflects on the personal history through the filter of memory, desire, and alienation. Whilst avoiding overarching narratives or central characters, the director duo Silvina & Ulises tends to transgress the boundaries of sexuality and desire regulating their bourgeois world. The rich aesthetics vividly presents the multifarious landscape and often employs acute lighting and space to bring fluid conception of feminine gaze. It’s also commendable how the directors have developed the quality of listening & observing everything without judgment to all that’s said. Silvina and Ulises go for a subtle exposition of the underbelly of family dynamics rather than use it for high dramatics. The heightened natural sounds play a vital role in creating an immersive ambiance. 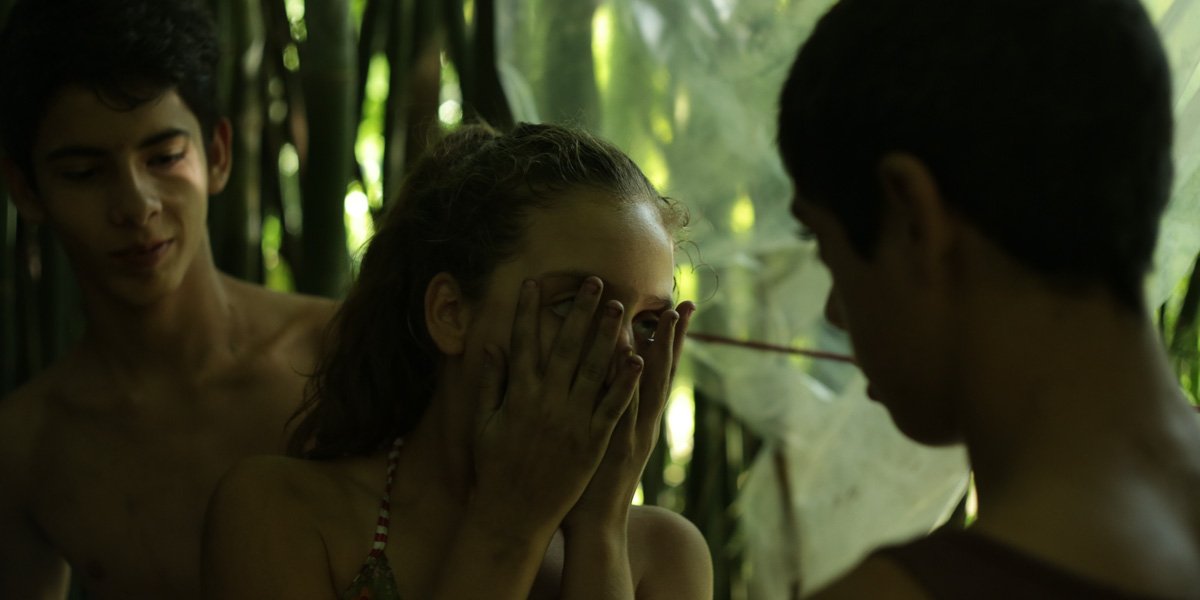 Veteran actress Marilu Marini brilliantly plays the yearning matriarch Rina whose present seems to be afflicted by echoes of the past. Ambiguity permeates the narrative and in each performance as if the film’s reality is the only apparent offering. Although the film demands to immerse ourselves to feel the plethora of varying reactions, I found the middle portions emotionally dry or out of sync, except for the well-staged dinner-table scene. The multiple allusions and potential story-lines at times serve as a distraction than improving the development of characters. Nevertheless, the penultimate scenes are interesting enough and encourage in driving self-fashioned conclusions. The joint demolition of the symbols of the imprisoning past remains beguiling.

Argentinian cinema “Tigre” (91 minutes) subtly explores female sexuality and solitude set against an alluring and enveloping backdrop. The plot stays secondary in this non-normative yet nuanced observation of a group of disparate women and children.