Home»Reviews»Time of Moulting [2020]: ‘Nightstream’ Review – A slow burn mood piece too prescient for its own good.
Reviews

‘Time of Moulting (Fellwechselzeit )‘, Sabrina Mertens’ debut feature is one of the most prescient movies of 2020, and I am confident that like most events of this year, the prescience wasn’t foretold, or even much of a forethought.

Mertens as a prior documentarian’s foray into fiction turns out, at least in terms of an overall big picture, as a keen psychoanalytical study on the effect of trauma. The transmission and inheritance of traumas from mother to child are ably explored with a nuance that feels minimalist to the point of almost Spartan.

Related to Time of Moulting – Irréversible [2002]: About Time and All That It Destroys

Taking place over a span of 10 years, the events of the movie follow a family of three that lives in self-isolation during the 1970s in Germany. Shot as a series of 57 episodes, with static shots focusing only on one element of the scene while the characters act out the screenplay, Mertens crafts a claustrophobic atmosphere of isolation within 4 rooms and a wall slowly and steadily drive each character to the brink of almost insanity or even standoffishness enhanced due to utter negligence. 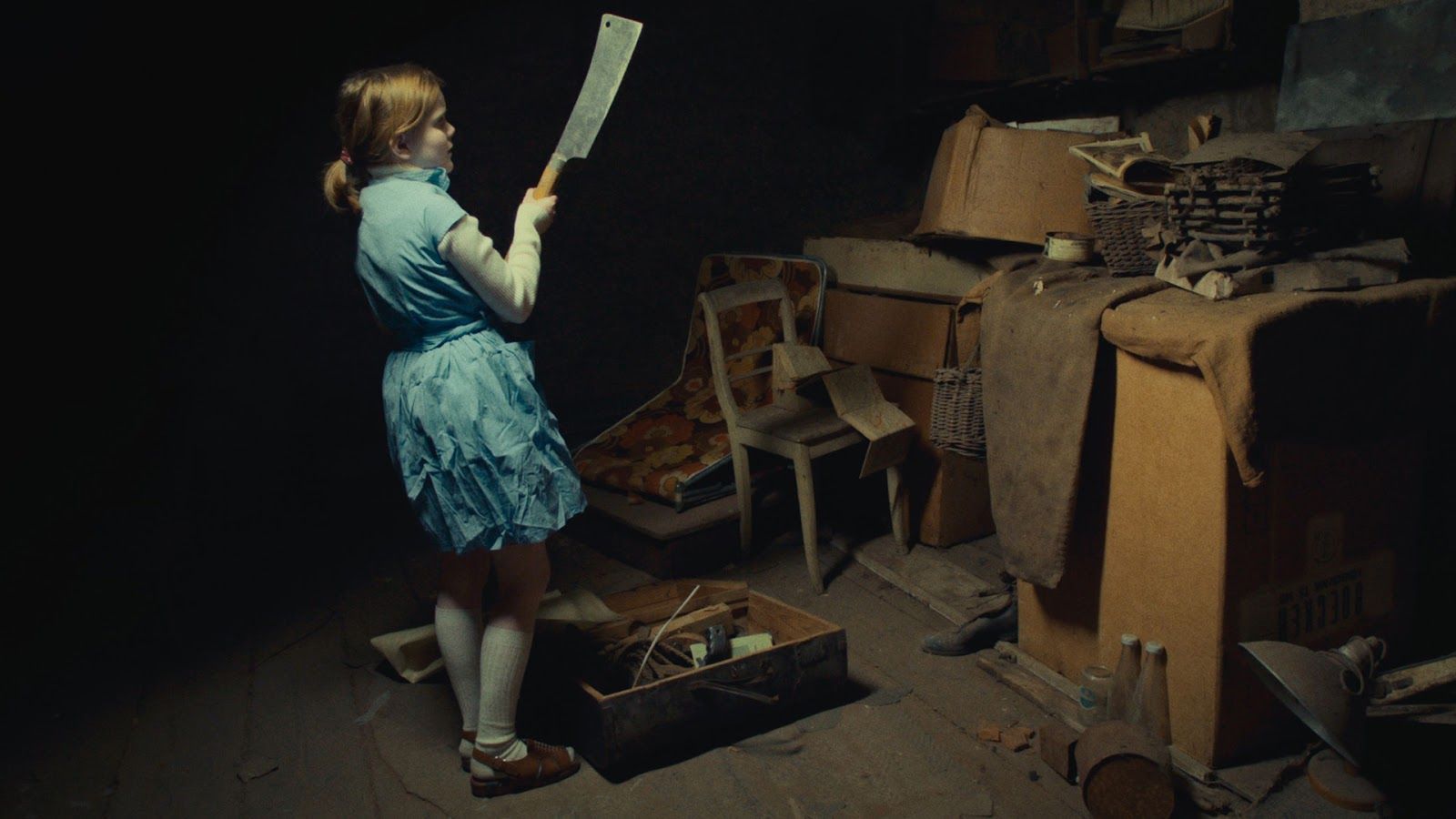 Her relationship with her mother (Freya Kreutzkam) slowly degrades as her mother’s mental distress which was responsible for the self-isolation takes over her as time moves on. Stephanie starts out as her mother’s playmate, from jumping on the bed, which mother and daughter share as they play monopoly. The relationship is the only bright spot in an extremely austere and depressive tone, further compounded by the father’s extreme nonchalance to even a sense of uncaring.

The increasing untidiness of the rooms in the house as time passes, coupled with the almost dried out color palette for the cinematography really reminds you of the “kitchen sink” British movies without the family dynamic that defines those.

The descent of the movie into body horror and mood piece is the result of a slow burn approach to the narrative, and while the mood piece aspect of it works, the horror, especially the final moments feels too shocking and completely out of place for a movie very much involved in showing a nightmare of minimalist mundanity.

The year 2020’s devolution makes this movie prescient and thus unfortunately more uncomfortable to the viewer. For us forced to accustom ourselves in self-isolation, Stephanie’s growth from wide-eyed happiness and optimism to the frustration, cynicism of a teenager compounded with nihilism caused due to the self-isolation and then leading to the slow degradation of her relationship with her mother is also uncomfortably relatable. 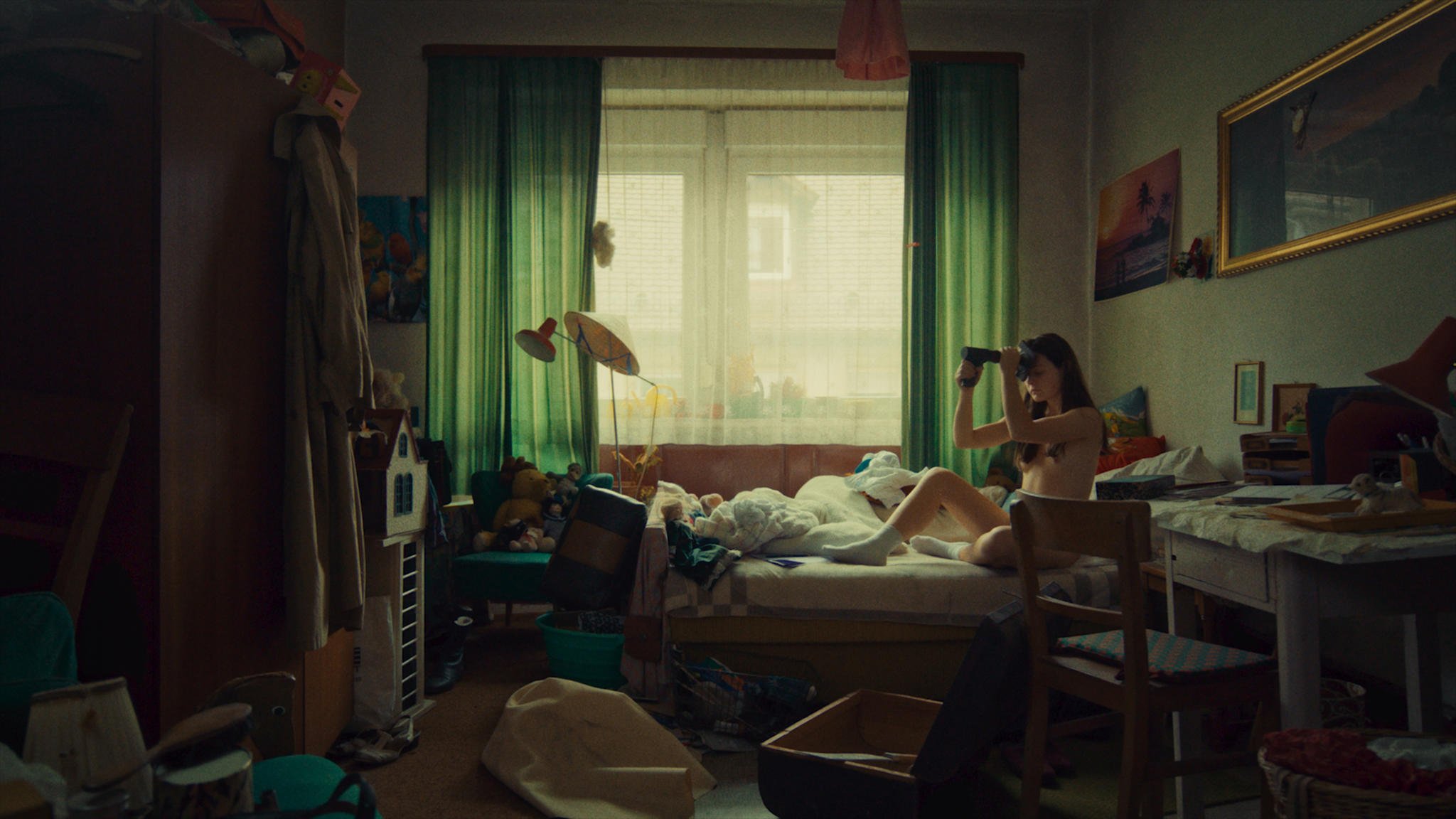 The use of static shots by Mertens, focusing on the faces of characters as the emotions filter through hits you far more than the horror elements do. But the moments when we see Stephanie’s drawing of mutilation of bodies while appropriately creepy, its appearance immediately after a time jump felt like tacking on of a postscript and consequently creates almost a tonal whiplash.

Time of Moulting isn’t a visceral horror for the majority of its runtime. Which is why the final moments are so jarring in retrospect. However, as a slow burn, it worked even if the 70 minutes of runtime still drag a bit. Its unintentional prescience makes the film an uncomfortable product of its time, for better or worse.

‘TIME OF MOULTING’ WAS SCREENED AT  THE 2020 NIGHTSTREAM FILM FESTIVAL