‘To The Moon’ is a new psychological drama written and directed by Scott Friend. In a slow-burn fashion, the film narrates a tale of three people that have a complicated relationship with one another. Dennis (played by the director himself) and Mia (played by Madeleine Morgenweck) are a couple who have their own share of issues to deal with. When they go on a weekend to a small town for healing and meet his brother, Roger (played by Will Brill), which then turns into a hallucinatory nightmare. The dramatic tension is built over these conflicts and a mysterious figure that they come across builds the intrigue.

Dennis & Mia, a young couple arrives at Dennis’s family’s house from a small town. It’s a quaint, little place that they have come to along with their dog in the hope of healing. He is a filmmaker who has gone through his share of failures in the recent past. She is a figure skater until an injury caused by her dance partner left her with no way hope to start practicing it any time soon. There was also an issue with childbirth that distanced them apart. However, these details get revealed slowly to the viewers over the time of their stay. The couple tries to get acquainted with this new atmosphere. Both seem aloof in their own thoughts and spend their time by themselves. He goes to the nearby river on a walk with their dog, which is when he comes across a red hooded person on the other side. Being spooked by this individual, he gets back.

After their dinner, which reveals him trying to quit alcohol (suggesting his addiction issues), they get emotionally closer. The next morning, they find his brother, Roger, chanting some lines and exercising outside the house. Dennis gets surprised seeing him while Mia invites him in for food. During their breakfast, he mentions the chant being his morning routine, which calms him. During their conversation, while she tries to share her feelings about her accident, Dennis changes the subject, which upsets her. Later, Roger teaches them the routine that he has devised with his religious understanding. While she follows his instructions with a clear sign of interest, Dennis seems to outright dismiss it.

Dennis later mentions the hooded guy to both, and Roger mentions him probably being a monk from a nearby monastery. Roger then gives them some wild berries to taste that he suggests would help them with processing their difficult feelings. While he explains his understanding of monks and other species around their house, Dennis smugly dismisses it. He takes none of what Roger says seriously and considers his talk pretentious. Later when they reach home, she mentions to Roger the accident that happened with her figure skating partner, which is why she can’t stand on one foot now. He guides her to the road to recovery and teaches her his chants while Dennis walks away on his own, and naps, somewhere in the forest.

Soon after, Dennis gets woken up by Roger, who asks him whether he wants to kill him. That angers Dennis who then stands up to attack him but suddenly finds Roger vanished. During their conversation at dinner, Roger opens up about the place from the time of their grandfather. He mentions that he would have been proud of the life Dennis is leading, which doesn’t amuse but upsets him. Their conversation soon heats up and Mia tries to calm it. He suggests Dennis has a fear of being inadequate. He hopes that putting it out clearly would make him consider working on it. While the brothers can’t find quite the right footing, Mia and Roger become more friendly with one another. Seeing them dance together, Dennis gets jealous and that upsets her since all she was trying to do is have some fun. 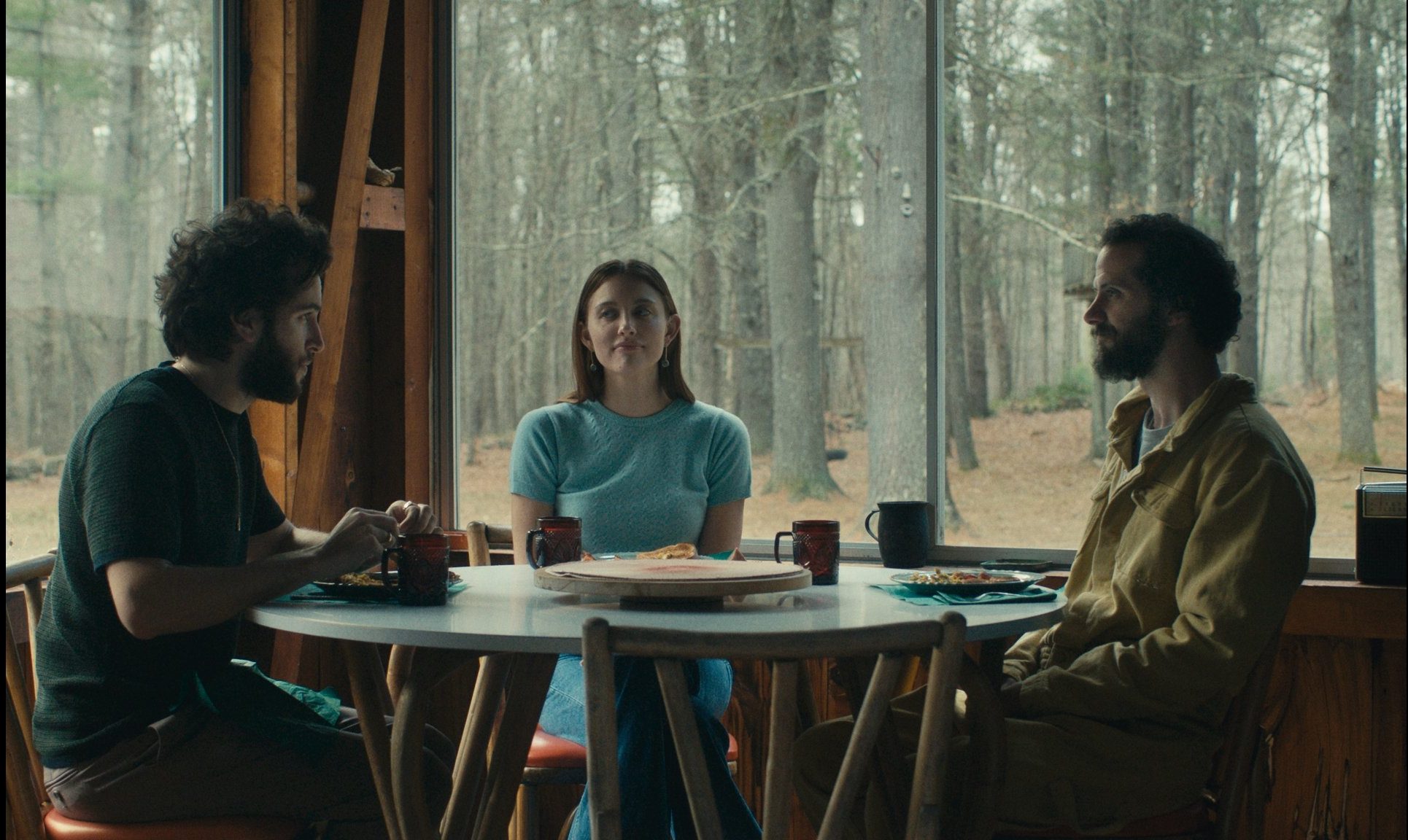 At night, Dennis hears some voices plotting against him and wakes up Mia to see if she’s hearing them too. When they reach Roger’s room, all she notices is his snoring. She goes back to sleep, but due to his restlessness, he sleeps in the hall. Later, he sees Roger coming near him with a long-haired wig after which Mia also joins him. She accuses Dennis of their child’s death and while he apologizes, she mentions how that’s not enough. Within a few moments of listening to them laugh, Dennis wakes up and senses that he was having a nightmare. Later, Mia asks him to spend some time on their own. So they go on a walk and later she opens up about her wish to leave the city to move to the country. He seems disinterested and worried about the financial possibility of doing so. He also seems unsure whether it would be the right decision considering his career that requires him to be in the city.

Meanwhile, they hear their dog barking and when they reach there, they find him with the wig – that he saw Roger wearing in his dream. He attacks and confronts his brother about spooking him the previous night who explains the wig is of someone else. Dennis gets frustrated and feels like he is getting insane by every waking minute. Meanwhile, at home, Roger finds him with his book (that she was looking at when they arrived there) filled with drawings of infants and strange writings over it. He lets her keep the book.

A neat revenge tale wrapped in a beguiling mystery

Let me be honest. The issue with independent films trying to work some sort of mystery is that there’s a high chance that they end up being miserably bad while trying to hide their weak spots in atmospheric world-building. There’s nothing deeper to find in ‘To The Moon’. And yet, what strikes out as impressive is the way this film gradually builds up a sense of mystery that depends largely on its neatly composed set pieces. The color tones set up a certain mood with hues that create a rustic yet freezing atmosphere for the world that these characters inhabit.

The script plants little seeds of occult references and adds subtle hints of the silent discomfort between the couple. It organically builds the conversations and scenarios that speak more about what bothers them about one another and the conflicting worldviews that they hold. Their emotional wounds find their way into the interactions in the hope to get treated. With a gradual sense of discomfort rising minute by minute, ‘To the Moon’ brings a spooky mystery to a life filled with an engaging play of motives and traumas. Their ways of life become integral to building up the film’s conflicts where the opposing perspectives add another layer to what appears as a neat tale of revenge.

The fears of Dennis take the centre stage while dealing with the discomfort in his troubled relationship with his partner and his brother. His feelings of guilt, inadequacy, loss, and of being a failure in every sense come out in the form of anger and resentment. His bottled-up emotions do not see a healthy way of coping and look for alternatives that give him a momentary calm. The journey towards the couple’s eventual ‘healing’ gives an interesting spin to our expectations and makes up for a rewarding end. Meanwhile, the credit for its captivating mystery goes to the style of world-building. Even within its limited setting, the film brings so many emotions to the surface solely based on the way it has been narrated. 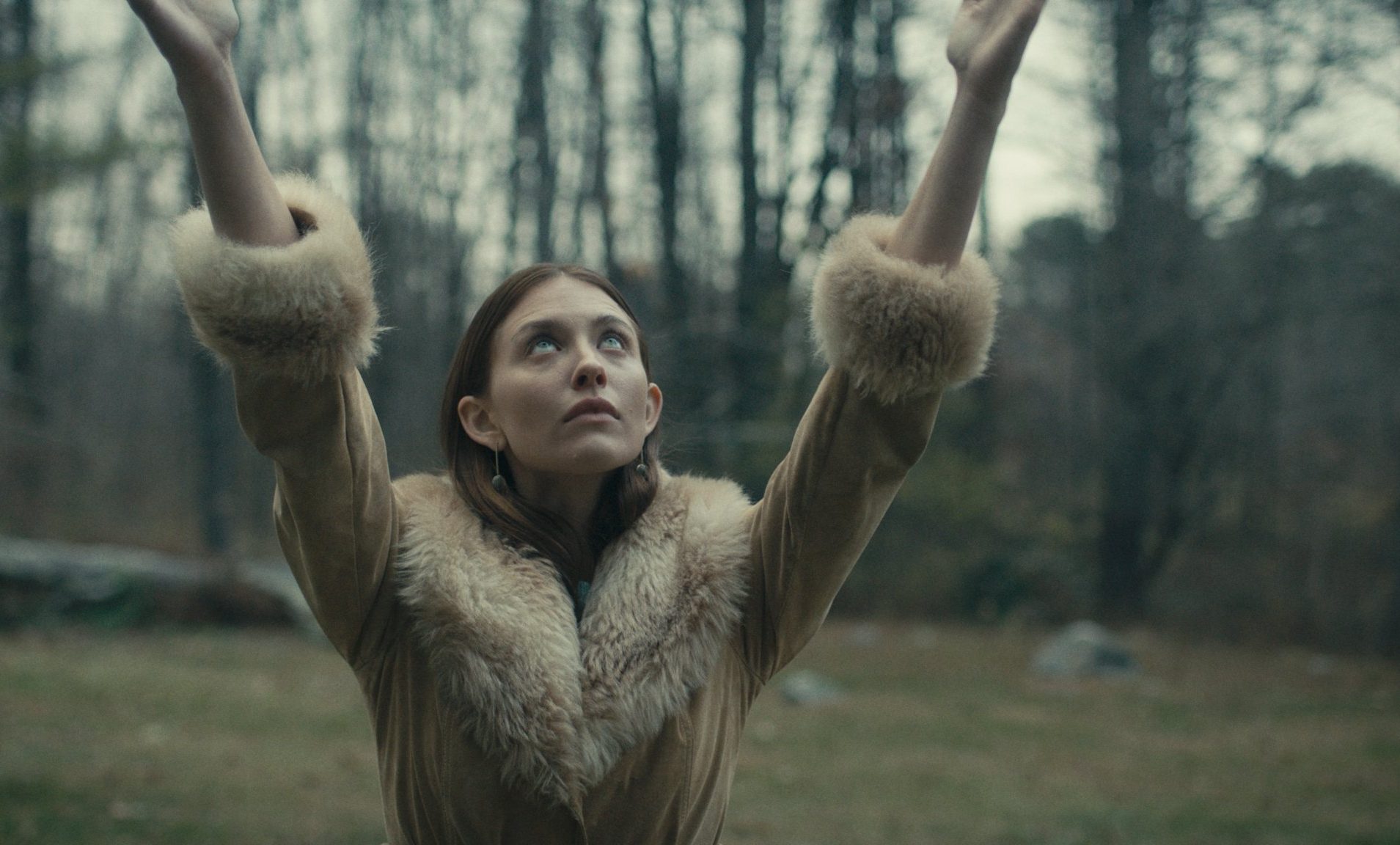 The emotional rift doesn’t seem to get closed between the brothers since their playful fight also turns into a real one. The differences in living in different surroundings become apparent through their actions and behaviors. Meanwhile, Dennis tries to make amends toward Mia in the hope of rekindling their loving relationship. Later, Roger asks them for dinner which he prepared himself. Everyone seems to be on good terms with each other which is when Dennis mentions that they’re returning to the city. They discuss materialism where Roger angers him for suggesting that he gets happy only with money while Roger is satisfied with being one with nature. Wounds from their past open up through their further conversation where all they do is try to hurt one another with their words.

Later at night, when Mia suggests going out with Roger, Dennis denies doing so and stays back. Sometime after, he leaves the house looking for Roger and sees a red hooded figure reaching Mia standing there. He rushes to save her and finds her crying. He suspects Roger has done something to her when she shows a stash of drugs that she finds. While keeping that away from her, he had also lied to her about a new movie in the process. In anger, she leaves the room. He follows her to the bathroom, breaks open the door, and finds her snorting the same drugs. The next morning, Roger tells her that Dennis is not trustworthy and that she deserves someone better than him.

Meanwhile, being in a state of psychosis, Dennis runs around looking for Mia which is when he sees the red hooded figure again. He notices this person following to attack him and tries to run away. After getting hit by him, the next thing he sees after waking up in the house is intoxicated Mia dancing with Roger, who mentions having found him. While Mia seems lost in a dreamy haze, at one moment, she picks something up from the room and starts stabbing Roger repeatedly. She then pulls Roger’s dead body out in the garden and tries to shovel to bury him inside. That’s when she sees the hooded figure who returns just the next moment.

The next morning when Dennis wakes up, Mia tells him that everything he saw and felt was just a nightmare. But it becomes clear, looking at a bloody wooden piece in the sink, that all of this was an elaborate play by her. Through all the pain she experienced living with him, she somehow manages to find a way to influence him in a way that would help her lead the life how she wants to.