Netflix is back again with a wholesome feel-good rom-com set in an exotic city. This time, we take a tour of the “City of Love”, Verona, in Italy. It is not the first time the streaming service has offered up a film set in the country. Love & gelato, earlier in the year, also took inspiration from the ancient city of Rome. There is just something about Italy that proves irresistible to people longing for love. Love in the Villa also bumps two similar individuals, Charlie and Julie, who are recently single and become sworn enemies when they find out they have rented the same villa. As their hate-love game grows, the two realize that they have strong feelings for one another. Even before starting the film, you could see this happening from miles out.

Despite its tepid predictability, Love in the Villa benefits from tastefully done character arches in the familiar setting and the eventual wholesomeness that settles on you once you reach the end. While the second half is a race against time to uneven plotting, it is a breezy watch for a quiet evening at home. This list gives you an offering of 7 films like Love in the Villa you must watch if you loved it. Happy reading! This is the first movie that came into my mind when I read Love in the Villa’s premise. Whatever people might say about it, Vacation Friends is an extremely enjoyable and cheery buddy comedy. Lil Rel and Jon Cena make for an adorable pairing on the screen, providing us some wild laughs and physical stunts we’d rather wish we didn’t see. Not just them, leading ladies Meredith Hagner and Yvonne Orji too join in on the fun as this double whammy of crazy couples breathes fire on an explosive vacation. There isn’t too much brainy or weighty about its themes. But seeing friendship and more importantly, a bonding between two people through the eyes of purists like Ron (Cena) and Kyla (Hagner) really fills you with a feel-good after effect.

Just like Love in the Villa, Vacation Friends starts off and grows when a couple’s suit at a resort is ruined by another couple’s jacuzzi upstairs. The latter couple then invites the former to stay with them and in doing so, changes a part of them forever. A dose of this wonderful film would do you just right if you’re looking for a light yet affecting watch. 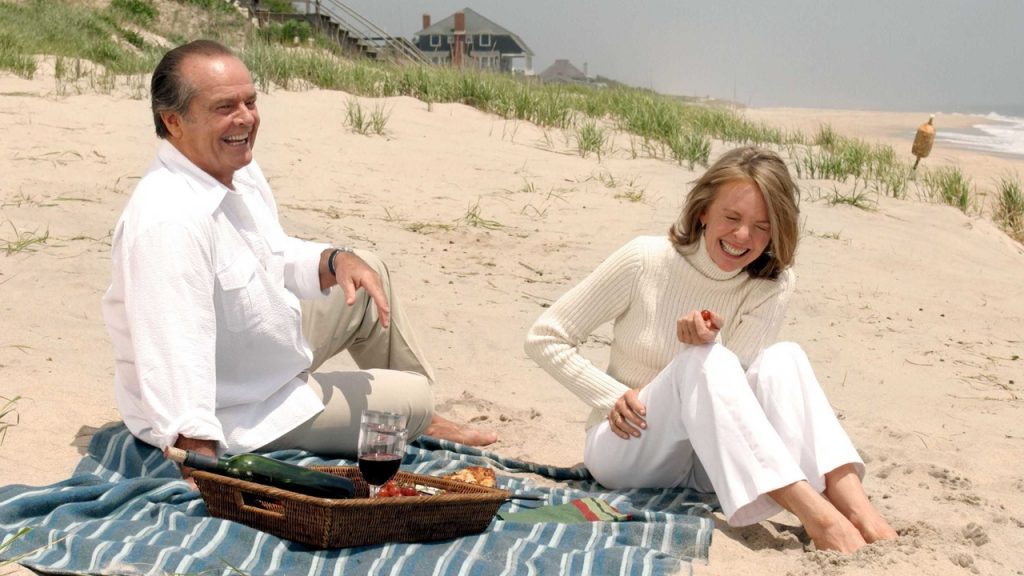 This classic Jack Nicholson and Diane Keaton starrer is a delight to watch for many reasons. It certainly doesn’t reinvent the genre but stands out primarily because of its powerful pairing and bitter-sweet story. “Age is just a number proves” to be a handy and prophetic phrase for the scheme of things. Harry and Erica discover their love for each other a bit late in their life when people are content changing diapers for their grandchildren. A vacation beach house outside of town becomes the spark for their attraction and blossoms into a romance against all odds. The multitude of Hollywood royalty on display certainly meant the producers didn’t leave any stone unturned. But to make something meaningful, you need good writing and actors who can translate that by emoting.

Something’s Gotta Give has plenty of that and like Love in the Villa, brings some “love in the villa” literally your way. What’s more, is that the comic elements in the film are so timeless, that you can even enjoy them now. It is witty, charming, and egregiously non-offensive, qualifying as the clean humor so many modern films fail to conjure. 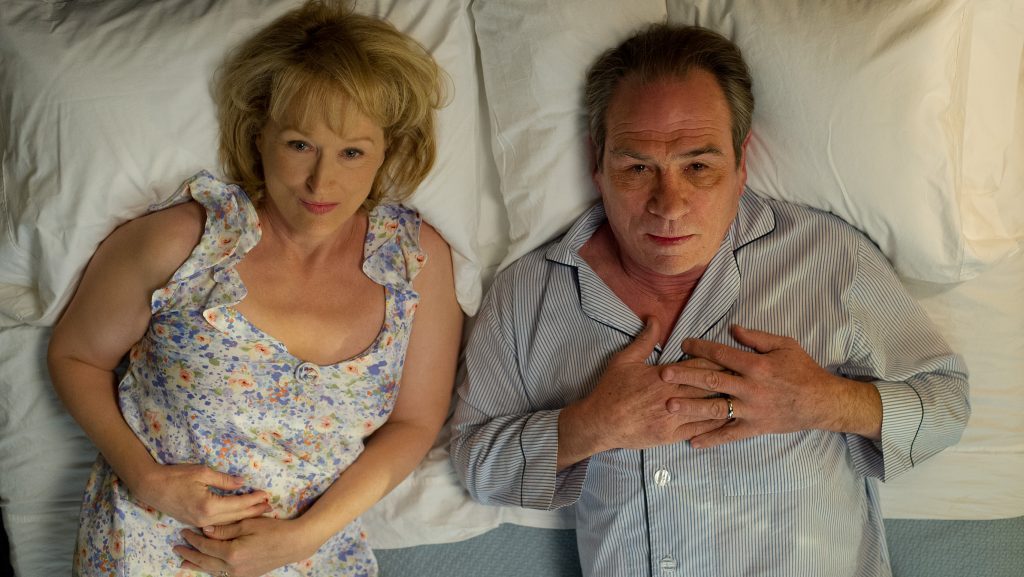 A small coastal town in Maine becomes the neutral ground, quite like Switzerland, for a couple who doesn’t quarrel but doesn’t love either. Their relationship is frozen in time ever since their child went off to college. Looking to reignite the spark, counseling in Hope Springs seems like their last hope. “Can they rediscover love?” is probably not the exciting part of Hope Springs. It is the “how” that really matters and having such veteran, natural actors in the center helps director David Frankel give good shape to his storytelling. Meryl Streep and Tommy Lee Jones’ characters find themselves in a situation similar to that of Sam Hopper and Kat Graham. The only difference between the two couples is the emotional baggage and prior knowledge of each other.

A change in setting and Dr. Feldman’s (Steve Carell) able guidance tentatively leads the couple to the inevitable conclusion. Although Hope Springs certainly doesn’t qualify as an exotic setup or foreign land, it is serene and peaceful enough to be compared to Verona and suits the story’s gravitas as well. 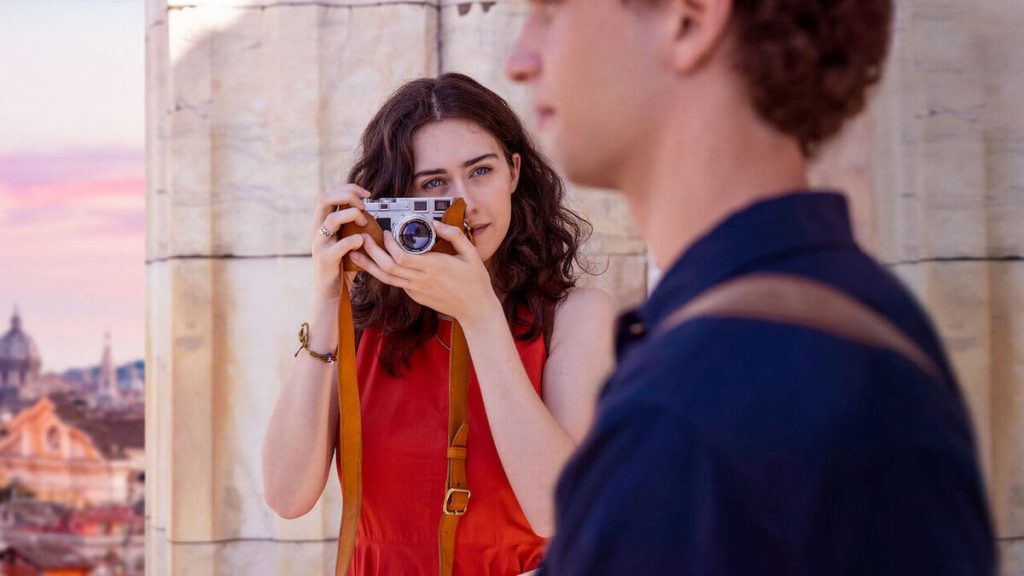 If you have seen this rom-com on Netflix this year, the setting of Love in the Villa will seem quite familiar to you. Love & Gelato is set in Rome but features similar characters and themes, albeit with minor tweaks. The two cities look equally majestic and beautiful and while Love & Gelato had more sightseeing for us, Love in the Villa makes a different choice. Lina and Lorenzo, the two protagonists in the former, are young, confident people just shy of reaching their optimal happiness. Maybe they haven’t found the perfect partner yet? Rome seems like the perfect city to make that happen and give Lina the answers she seeks about her mother’s youth and her biological father. If Love & Gelato did indeed play on your screens without notice, you probably would think it to be a sequel of some kind to Love in the Villa. 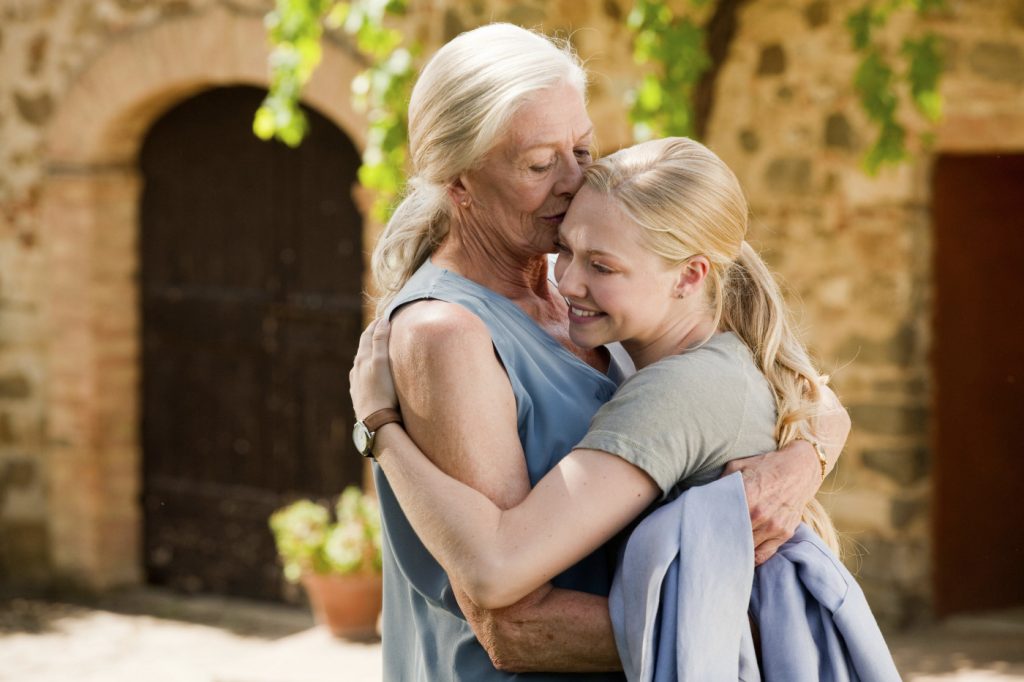 For admirers of Amanda Fried, Letters to Juliet will prove to be a very charming affair. The actress is the central focus of the plot, making her presence felt with a deft turn as Sophie. It is no coincidence that the Romeo & Juliet fable is an integral part of the main character’s philosophy in life in both these films. Both Sophie and Juliet’s perspectives about love and romance are only satisfied in books and poems and not really in real life. But all of that changes when they land on partners who can make them feel differently than they have in previous relationships.

Letters to Juliet and Love in the Villa both have love interests that initially can’t stand each other before seeing the other side of them that is compassionate and disarming. Both also offer decent locations for you to get lost in, which also become the catalysts in probing their love forward. 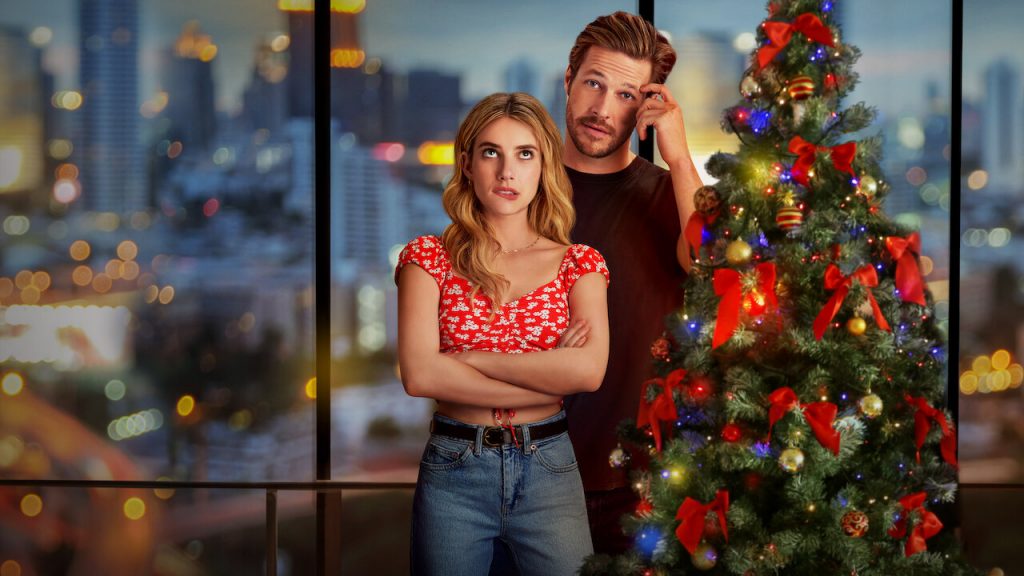 Holidate has a rather unconventional structure within which the formulaic rom-com magic happens. It is the story of two romantically unsuccessful people, Sloane and Jackson, who strike a bargain. After a chance encounter, they agree to be each other’s date on family holidays (thus the title “holidate”) to put up a show for their complaining families. The catch is the fear of getting too serious and the mental block is difficult to get over. That proves to be a hurdle and the rest of the film navigates how they deal with their feelings.

Holidate and Love in the Villa are similar in how the protagonists are not together until the climax and the fact that their exes take a liking for each other. The laughs and romance are too similar to look the other way. It definitely benefits from the charming idea of falling in love with a complete stranger and starting a new life.