The Patient (Season 1) Episode 5, Recap and Ending, Explained: “Pastitsio” really ups the game and gives us the one thing we have craved this season: excitement. Although the first half mostly had carefully built up suspense and anticipation, we didn’t see anything happen. I noted in the last recap how it is reaching a tipping point, and we can expect something big to happen. It does happen right at the end of the episode, but how it plays out is highly visceral.

Watching it unfold, one is really taken aback by how squirmish it makes you feel. There was a stronger sense of the family drama element in the story coming. Alan and Sam have an uneven relationship with their close ones, which makes for a good experience. With the first half done and dusted, the story is delightfully poised for the next part. Read our recap and ending explainer for The Patient’s season 1 episode 5, “Pastitsio,” below.

The very first actions of episode 5 see Sam circle around to his ex-wife, Mary’s house. Is she the leveler in his life? Can she be the one who can calm him down and usurp his murderous rage with normalcy? We are about to find out. It seems like Mary and Sam did indeed have a tough past. But there was some degree of happiness and warmth in their union. They do not precisely seem displeased to see each other again; the occasional wince and grimace make way for a stringer analysis of their time together.

We also have a surprise waiting for us in the form of Sam’s adopted daughter, Hara, whom the couple adopted from Bangladesh. There was absolutely no mention of her in his conversation with Alan, and it definitely takes a minute or two for us to imagine him playing with her. Mary says she is doing well at home. She sometimes asks about her father, but Mary has not told her yet that she has divorced Sam. When confronted about it, she reminds Sam about the “rules” of not telling such things to the children. They might upset them and put them in a closeted mental space. A second adopted child, Muntaha, also greets Sam. 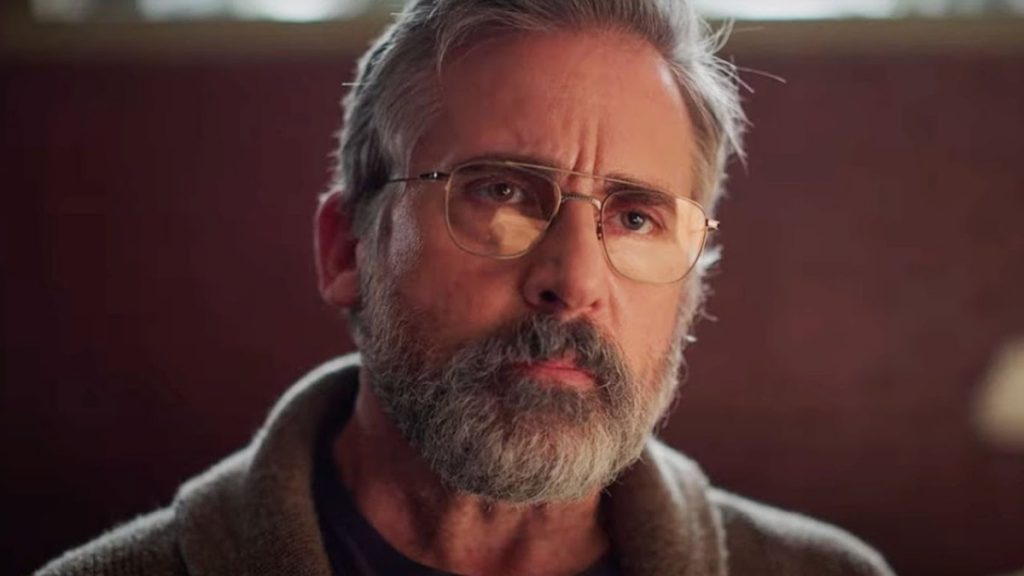 He does not have much more to say to her – nor she – and he parts ways, boarding his truck to return. We cannot determine if he has cooled down and what he will do to Elias back home. Elias still hasn’t let go of his idea of ambushing and attacking Sam with Alan. He once again discusses it with the therapist, with whom he now has a more compassionate and trusting bond. Alan does not discard the idea altogether, and Elias asks him to manipulate Sam into bringing Elias to the session as well.

Elias gave a heart-wrenching message to Alan in case he was killed in the last episode. It was not so much the message itself but what it meant in that difficult situation that got us and Alan both. It is now the therapist’s turn to do the same with Elias. He himself isn’t sure he will make it out alive from there and says the following about his daughter, Shosanna. “Tell my daughter Shosanna that I love her, that I treasured our life together, and that I want her to find a way to move on.” There is no specific mention of Ezra though, but Alan does ask Elias to tell his son that both Beth and he tried their best to do good by him, but Ezra didn’t make it easy for them.

For Alan, it was time for a litmus test. Has his expertise and distractions proved to be enough to dissuade Sam from his feelings? Or will he murder the restaurant manager right in front of him? Sam intercedes the conversation, and Alan begins his made-up appearance in front of Sam. When asked about how he felt seeing Mary, Sam responds positively. The raging inspector does seem calmer and tells Alan about his adopted girl and the other child Mary adopted on her own. All is seemingly going well until Sam says this, “But I don’t think it accomplished what you were hoping.” This episode certainly makes sure that Sam cannot be helped. He must be removed altogether from the equation as nothing can possibly persuade him to vent his childhood anger differently.

Sam gets restless about Elias and almost cannot stop himself. Alan’s quick response and frightened screaming bring Candace down, who saves the day. Remember the session Alan had with Sam and Candace present with him? He talked about protecting his mother by not choosing to act on his violent emotions. Sam obviously loves his mother and must do his best to keep her from sorrow, something his father didn’t do. She implores him to stop, and Sam listens to his mother, still wanting to murder Elias. Just like a mother would command her young child, Candace instructs him to go to his room and encourages him to get some sleep. And in the same way an upset teenager would go to his room mumbling all the cusses in the world, Sam does the same and puts on music from his favorite, Kenny Chesney, to get some semblance of peace back.

In the customs of the show till now, Alan has another one of his flashbacks. He takes reprieve in the happiness and warmth they offer him. This time, he zones in on a memory of Beth singing at synagogue. She indeed was a beautiful singer and wowed every person present there. A younger Ezra comes running into her arms and admires her nightingale-like singing. Remember, the relationship only got sour when Ezra decided to go Orthodox. Before that, they were like a normal mother-son duo. It is almost midnight, and Sam hasn’t slept yet. Ominous signs for Elias – and perhaps, Alan. He tries to go into Elias’s room, but the commotion wakes Alan. He asks him to sit with him for an impromptu session.

This session is a bit different in revealing the valid reason Sam does what he does. The therapist looks serious in his thoughts and explains to Sam his situation. His “disease” is the direct outcome of his father’s abusive nature. We all know that. But what Sam hasn’t been able to do is let go of that anger. He still seems to hold on to that negative energy, which has piled up to make him a violent person. The streak of vengeance runs strong and thick, owing to the intensity of his beatings. Sam is only looking to vent it by targeting strangers and making the excuse of his rage to free himself from guilt. In reality, he can always find a way to be offended by people.

Sam certainly seems to disagree. His rationale that all the people he targets are “scum and losers” who deserve it is right, according to him. He sees the image of his own violent father in those people and wants to teach them a lesson about how to talk to people. Alan still tries to convince him to think otherwise. He tries to show him that he is becoming like his father, who beat him without any reason, or any little glimmer of the reason he could make into a big issue. Sam loathes his father, and for Sam to become like him will be his most significant defeat.

Alan is very reasonable in uncovering Sam’s hypocrisy in doing what his father did to him. He thinks there’s a reason that all these people are behaving rudely to him, but they haven’t provoked him any more than Sam did to provoke his father. He compares Elias to Sam and the latter to his father to explain the equation. For all his light treading, Alan digs deep into his knowledge about human behavior and comes up with an ironclad argument to dissuade Sam from doing anything. He’d never listen to anyone if he could not listen to him now.

Alan’s plan seems different. Will he execute their plan and really kill Sam? The inspector still seems unsure of anything Alan is saying, and then Alan unexpectedly asks him to bring out Elias. He tries to keep things civil and asks Elias to share some stuff about him to get to know Sam a bit better. This way, Sam can really see for himself that Elias does not mean any harm and doesn’t deserve to die.

Elias gradually gets on to his emotional story about his parents’ restaurant and how he inherited it from them. But before he can go on any further, Sam is uncontrollable and jumps on him. Alan is helpless and cannot do anything but see Sam strangle Elias to his unfortunate death.