Home»OTT»Netflix»Vicky and her Mystery (2021) Netflix Review: Too Cutesy and Risk Free To Be Memorable
Netflix/Reviews

Watching Vicky and her Mystery made me groan numerous times and re-consider how simply excruciating it is to endure distinctively rank mediocre films. Denis Imbert’s directorial is not outrageously bad but it is so sanitized, trite, diligently predictable, and preoccupied with flaunting its big ecological balance concerns that it gets tiresome pretty quickly. Mercifully, it just clocks over at a bare seventy minutes, which also acts against the film’s supposed intentions to ponder on what co-existence between wild wolves and sheep farmers look like in the setting of the picturesque Cantal mountains, which the cinematographer Fabrizio Fontemagga, dutifully renders in boringly, unimaginatively repetitive wide shots.

The premise is as dated as it gets. A man and his eight-year-old daughter relocate to a remote house in the mountains, grieving the death of his wife. This is the house where the father used to come to with his family while he was in his adolescence. The girl, Victoria, has cut off all communication with her father, Stephane. She’s frosty and won’t talk to him, but the narrative speeds so much in this film that the emotional distance that seems to bug the father isn’t even given any time to be effectively established. They start wandering the mountains, trying to familiarize themselves with the surroundings of their new home.

Related to Vicky and Her Mystery: Best Dog Movies You Should Watch

They share an emotional moment, the girl inches closer and empathizes, and next thing, they are lost in the vastness of the terrain. A villager they stumble across gives Victoria a baby wolf as a “gift from the forest” and we are told for the first time in what will be a frequent relay of reminders of the film’s essential thematic purpose, “only danger here is people, not animals”. Obviously, a deep friendship develops between Victoria and the wolf who she names Mystery. This kinship aids her to re-grow her ties with her father and rebuild the dynamics. This new family unit helps in the healing from their losses but there are social forces to consider in the community. Wolves pose as threats to the sheep farmers who comprise a majority of the population and tension is entrenched in the air with “Wolves must go” themed protests and demonstrations.

Firstly, Vicky and Her Mystery has no unique visual vocabulary or flair to distinguish itself from umpteen films that are set in this narrative space and possess similar fibers of thematic dwellings. There are the standard type sequences depicting the deepening love Victoria has for Mystery, him scampering around in the sun-dappled exteriors and messing things up in the house. It is all so conventional and by-the-book even the opening scene has no inventive spark. It is the frustratingly same kind of scene where we watch wild animals joyously sprinting across the expanses of the woods and forests, only for vehicles to pull up and out steps the menacing bevy of hunters and distress is immediately injected into the natural atmosphere. 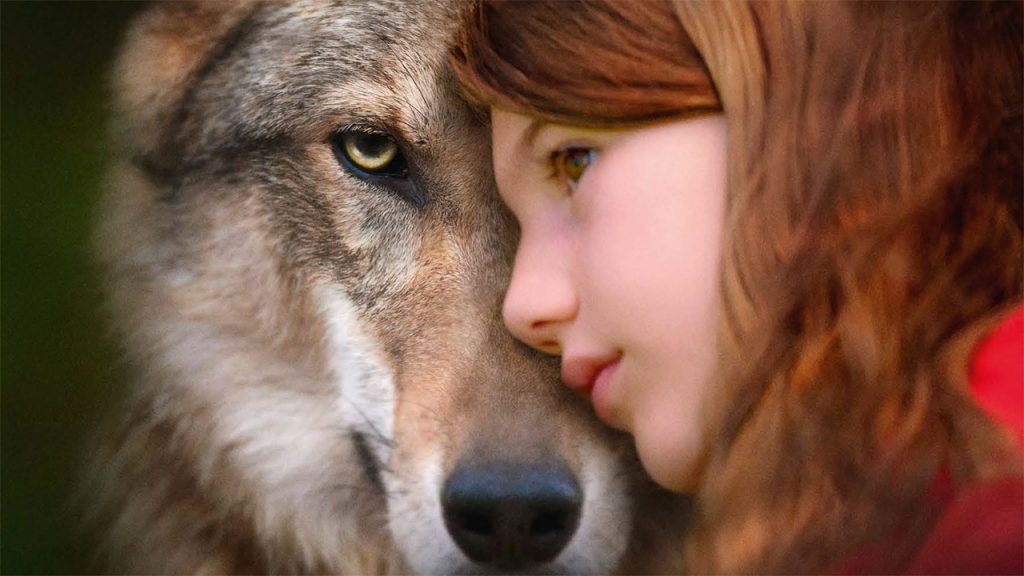 There are also some misfires at humor based on missing out on your child’s first school day, involving a vet who later assumes a crucial role in the narrative but like everything else in the film, I couldn’t quite care much about the characters as the sense of stakes never feels urgent or pressing. The film attempts this track thing of Victoria and Stephane hiding the wolf from the community as they know otherwise they’d have to give it away to some natural reserve. But scenes designed to engineer some suspense hardly flares as the filmmaking is determinedly inert and the dramatic situations visibly struggle to blossom into any thrilling and moving crises. The film keeps treading formulaic beats and the clutch of characters is etched with little depth and care. There is an Uncle Thierry whose existence in the film should have just been excised at the edit table.

The film is also enervated by tepid performances, especially of Shanna Keil who fails to endear or make us emotionally connect with Victoria. I’d not arrogate her much blame as she is trapped in an eminently forgettable knot of scenarios that lets her be very feeble in impact and wholly bland. The film is prey to some severely questionable scripting decisions, especially those scenes allotted to Victoria’s school and its principal being the subject of endless pranks. Many scenes give off whiffs of sheer redundancy. There is a lot of time devoted to confusion and uncertainty over which breed Mystery is of when he’s initially taken for a dog.

There is the trading of guesses between him being a Saint Bernard and husky or a sled dog. We get recycled scenes such as a potential probable moment of re-alignment of kinship between Mystery and his natural pack. The strongest impression the film exudes is that of a dull motley of scenes clumsily stitched into some semblance of a whole. I’m not sure what the editor’s (Vincent Zuffranieri) brief was, but he has my full sympathies, because, honestly, the screenplay itself gives off this instant staleness underneath its bright cheery coverings.

Nor does the village, the mountains come alive fully; the hopping from bereavement to reconciliation with their circumstance is especially what Imbert flails with and is frankly unpersuasive in tackling. The very textures of Cantal don’t feel rooted, despite the script stemming from a true story. It all leads up to an overstretched sequence that perhaps makes Victoria realize and accept that Mystery’s home is ultimately in the wilds, with his family, and she, having lost her mother, must be quick to perceive what it feels like to be away from one’s family. It made me restless and just wish Victoria had more vim and the actress more screen presence so that I could be a little bit bothered what was going on with all the snow and the looming inhospitable landscapes and a father searching for his daughter.

“Vicky and her Mystery” is streaming on Netflix.