‘War’, is a 2007 action thriller film, directed by Philip G. Atwell in his directorial debut. It stars Jason Statham, Jet Li, Ryo Ishibashi, and John Lone. Released in the wake of Greengrass’s introduction of shaky cam in shooting action sequences in ‘The Bourne Supremacy’, ‘War’ is among the plethora of action films that were made emulating that style though completely failing to capture Greengrass’s viscerality.

Its lineage can be traced back to the cheesy action films of the ’80s where revenge was the obsessive motivating factor of the protagonists and in that regard, it more or less lives up to its predecessors. Little about it redeems the inane narrative but at 103 minutes, it’s a fun and forgettable action fare for enthusiasts of the genre.

Two FBI agents and close friends, John Crawford and Tom Lone, have just been involved in a shootout against the Yakuza at the docks in San Francisco. They both believe that someone close to them alerted their targets to their approach, thereby compromising the mission. They’re soon attacked by someone and just when the assailant is about to take down John, Tom shoots him in the face and he falls into the bay. John believes that the man Tom shot is an urban legend known as The Rogue, once a CIA gun-for-hire who turned on his handler and killed five agents and who’s now working for the Yakuza against the Triads in San Francisco. Tom is sanguine that his shot killed The Rogue. A few days later, the Rogue, still alive, shoots down Tom’s wife and daughter, before killing Tom and setting their house on fire.

Three years pass and John has developed an obsession with finding the Rogue and avenging his partner’s death, so much so that his marriage has fallen apart as a result of it. He now heads a task force called the Asian Organized Crime Unit which handles crimes related to the Yakuza and the Triads. Following a massacre of the Yakuza at one of their bars, John finds titanium bullets, the modus operandi of the Rogue. This lets him know that the notorious killer is back in town. The Triads and the Yakuza are rival gangs owing to an old feud between their leaders, Chang and Shiro, respectively.

With the Rogue’s affiliation now seemingly murky, John approaches an informant named Benny in Chinatown. He informs John that recently, two plastic surgeons specializing in facial reconstruction, one in Panama and the other in Florida, were gruesomely murdered, with a third on the run. John believes that it is the Rogue who is tying up loose ends by murdering these surgeons who had worked on his face in the past, changing it from time to time to keep his identity a mystery. With the Rogue working the Triads and the Yakuza against each other, benefitting from both sides, a series of violent conflicts break out as John chases after his white whale.

Why are the Yakuza and the Triads rivals?

Shiro Yanagawa is the man who handles the Yakuza’s branch in San Francisco, though he has never been to America himself. Li Chang, the Triad boss of San Francisco, lives in Marin County. About thirty years ago, Shiro went to Hong Kong and wiped out Chang’s whole clan and robbed him at the same time. Over the next three decades, Shiro would go on to sell the entirety of Chang’s precious family heirlooms.

In the present day, there’s two golden horse statuettes that are the only such items left in Shiro’s possession and he is looking for a buyer as the high price they’ll fetch will help in the expansion of his operations in America. To facilitate the selling, Shiro sends his daughter Kira to ensure that it gets done properly. For Chang, what Shiro did to his clan in Hong Kong brought a great deal of dishonor to his name and so he wishes to have his revenge against him. Chang wishes to have the two horses back and in order to do so, he begins by enlisting the help of the Rogue. 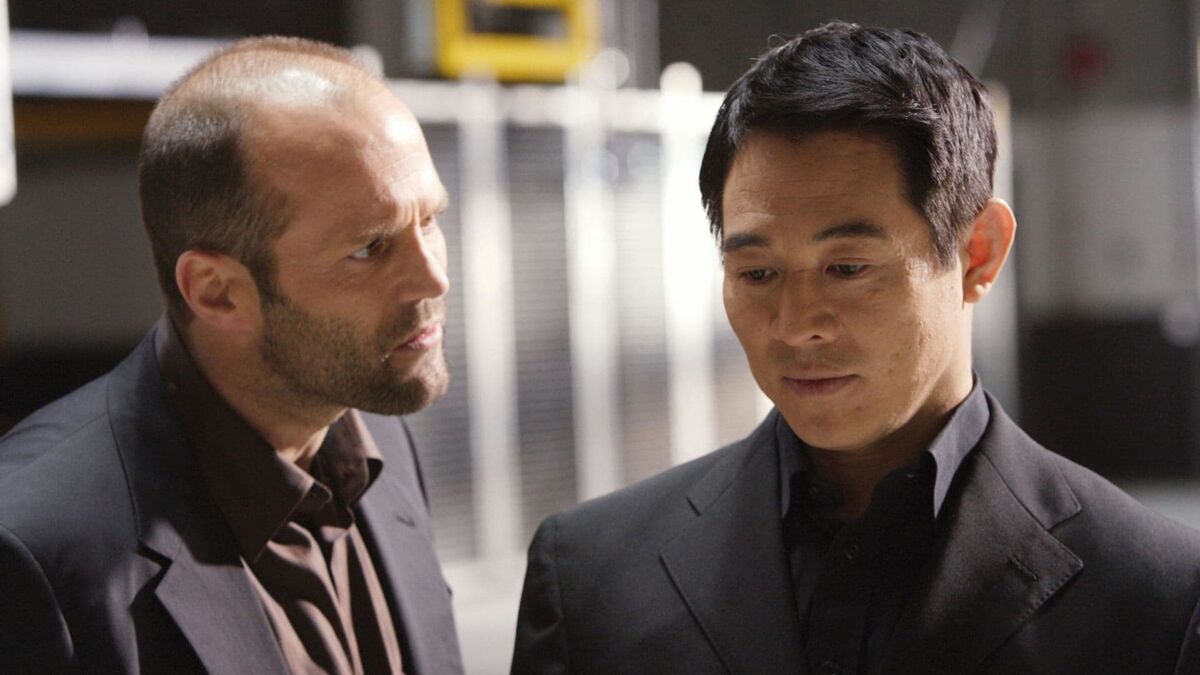 Why does the Rogue invite John to Warehouse 16?

Following his failure to nab the Rogue after he shot down Captain Andrews, John gets a phone call from the Rogue. He invites John down to Warehouse 16, a base of operations for the Triads, to give him the two statuettes he stole from the Yakuza. When John arrives at Warehouse 16, he meets the Rogue face to face for the first time yet the place itself is completely empty. John desperately wants to arrest him but cannot, as he has no evidence of the fact that the Rogue, with his present face, committed any crime. Plus, the empty warehouse means that the statuettes aren’t there, further acquitting him.

The reason behind the phone call for the Rogue was to frustrate John by getting within an inch of him, allowing him to see what he looks like (something that had constantly eluded John prior to this), yet not giving him the satisfaction of finally arresting him. Chang had asked his men to empty the warehouse before the FBI’s arrival, advised by the Rogue, without knowledge of the fact that it was he who had invited them in the first place. For Chang, the Rogue’s foresight adds to the reasons why he’s an extremely powerful ally for his gang in their quest to wipe out the Yakuza.

Who is the Rogue, really?

During his duel with Shiro, the Rogue reveals to him that he is actually Tom Lone. When the real Rogue invaded Tom’s house to murder his family, he fought back and killed him, setting fire to the Rogue’s body and leaving his ring behind to make everyone think that it was Tom who actually died. He then got a plastic surgery and took on the identity of the Rogue, with the sole motive of bringing Shiro to the US and avenging his family. This also explains why the Rogue didn’t kill Chang’s family, even though he had a problem murdering Tom’s as it wasn’t the Rogue who carried out the hit on Chang, to begin with.

It is during this revelation that Shiro tells Tom how it was John who sold his family out to Shiro. John had been working for the Yakuza at the time. In fact, he himself was the insider that he mentioned to Tom at the beginning of the film. Tom kills Shiro and goes to seek revenge against John.

During their fistfight, the revelation that the man John thought of as the Rogue is really Tom shocks him. He explains how he did work for the Yakuza and gave away information about Tom to Shiro. He thought that Shiro’s men would beat him up a little for killing the Rogue but he never imagined that they would send the Rogue to eliminate his entire family as John thought he had been killed by Tom. The massacre of Tom and his family made John determined to get hit back at the Yakuza and the Rogue, hoping to right his wrongs in the process. Tom shoots John and escapes Goi.

Chang’s wife, Maria, receives one of the golden horses that belonged to her husband’s family, from Tom, with a note that asks her to begin a new life. Kira receives a package from him too, except that it contains Shiro’s head. At the end of the film, Tom, having avenged his wife and daughter, leaves to start anew for himself, possibly taking with him the second golden horse statuette.

Where to watch War

Disney’s Disenchanted (2022): Release Date, Trailer, Plot, Cast, And Everything We Know About