Soviet Russia film-maker Elem Klimov is best known for his sixth feature-film Come and See (1985), a singularly disturbing drama on the Nazi atrocities. In fact, the name Elem Klimov brings to mind the tormented close-up shots of Come and See’s 14-year old protagonist; the boy’s cherubic face gradually gets coated with lines and cracks by the end of his catastrophic adventures. Mr. Klimov, who graduated from the Russian State Institute of Cinematography (VGIK), is the husband of renowned film-maker Larisa Sheptiko (1938-1979). In 1986, he became the first secretary of USSR Filmmakers’ Union, but he resigned after two years, frustrated by the state censors that hindered his projects despite the promise of Mikhail Gorbachev’s perestroika.  Klimov was also devastated by the accidental death of his wife Larisa. Subsequently, he lost interest in film-making and died on October 2003.

Though Klimov is now lionized for his antiwar and antifascist film, he started his directorial career by making two exuberant comedy films. Welcome, or No Trespassing (1964) – Klimov’s feature-film debut – was full of satirical jabs and slapstick elements. The idea for this movie was conceived while he was about to finish his studies at VGIK. He used the setting of pioneer camp for children (the communist equivalent to Scouts) to humorously comment on the Stalinist mindset and conformity in Soviet society. Though Welcome, or No Trespassing was made during the period of relative cultural liberalization (called the ‘thaw’), the censors deemed it anti-Soviet. 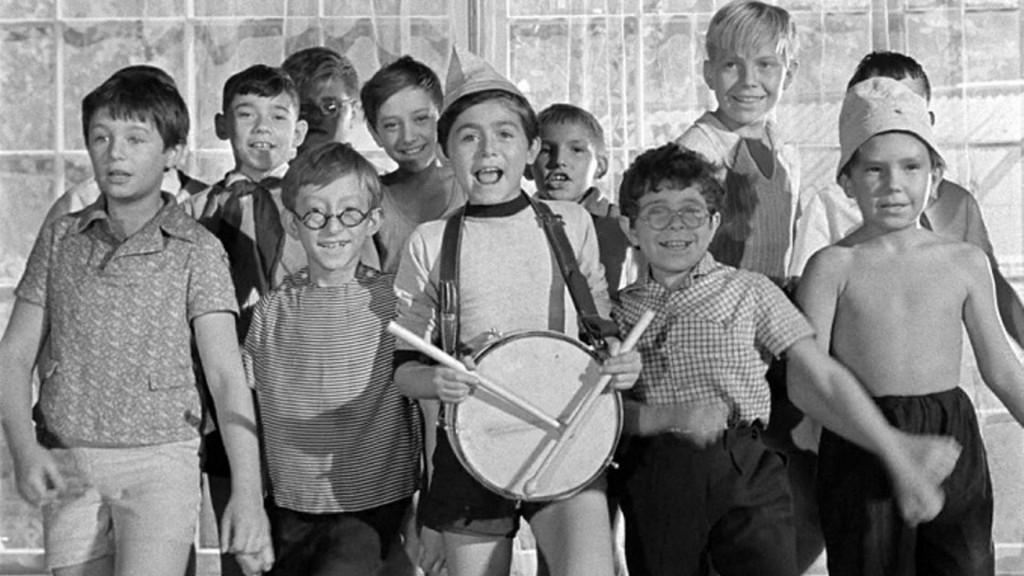 In order to save the project, Klimov seems to have used bunch of deceptive tactics, and yet it was shelved until the then-Premier of Soviet Union, Nikita Khruschchev watched and absolutely enjoyed the film. He personally approved it for release, but ironically just few weeks later he was ousted from power by Leonid Brezhnev. Welcome, Or No Trespassing went on to become a commercial and critical success. Moreover, in the later decades it metamorphosed into a beloved Soviet comedy classic.

Related to Welcome, Or No Trespassing – Little Fugitive [1953] Review – An Endearing Snapshot of an Age and Time

Director Elem Klimov makes a cheeky comment on the façade and hypocrisy of the camp through the intriguing title, Welcome, or No Trespassing. On the outset, it’s supposed to be a jolly-good summer camp to shape the bodies and minds of the children. The slogan goes like, “children are masters of the pioneer camp”. But the kids are mollycoddled and controlled in a way which would eventually kill their individuality and creativity. It is nauseatingly grounded in ideology and demagoguery. The film opens on the long pathway to the camp, riddled with statues of Pioneers on both sides, which signals the artifice imposed upon the children under the pretence of creating a socialist society. The lives of young pioneers in the camp are strictly regimented by the middle-aged head-counselor Comrade Dynin (Yevgeniy Yevstigneyev).

When we first see him, he is on top of a mound, watching the children bathing in the river bank. Dynin is the ever-watchful Stalinist figure who has assigned the children a delimited bathing area in the river. The camp’s jittery medic makes sure that the kids stay within their limits and not mix with the ‘locals’, dreading over the ‘epidemic’ they may bring back to the camp. But the mischievous pioneer Kostya Inochkin (Viktor Kosykh) breaks Dynin’s rule restricting their movement, and tests his swimming skills with the local kids. It’s apparent that it’s not the first time Inochkin is at odds with the head-counselor.  For the latest misdemeanor, Dynin expels Inochkin and orders to send the boy home. Though a young, feisty counselor named Valia (Arina Aleynikova) protests against tyrannical Dynin’s decision, nothing could be done about the boy’s banishment.

Left alone at the station to take the train back home to his grandmother, Inochkin hilariously imagines how this news might ‘kill’ his grandma. Therefore, he sneaks back into the camp. A close group of fellow pioneers and few sympathetic camp counselors decide to hide Inochkin from Dynin. Meanwhile, the head counselor prepares the camp for its most important event: ‘Parents’ Day’. He carefully censors and choreographs children’s talent show. The centerpiece event of the day, however, is choosing ‘Queen of the field’, a pageantry show. Little comrade Mitrofanov is going to be the ‘queen’ because she’s the niece of a party bigwig. Hence, all the spectacles is supposed to prove Dynin’s leadership and administrative qualities. But Inochkin safely hides under the platform from which Dynin commands the children and camp personnel. And obviously, the impish boy whose spontaneity and imagination topples Dynin’s plans and brings pure delight to the camp.

Welcome, Or No Trespassing doesn’t alienate its viewers by strictly focusing on the allegory or microcosmic depiction of Soviet Union. The political statements never take away the joy of the experience. Even a casual viewer of Soviet cinema can understand the stifling conformity of Soviet communism addressed in Klimov’s film. Dynin forcing a talented sketcher in the camp to draw a caricature of Inochkin is unambiguously political. Furthermore, in the eye-catching flights of fancy during the final sequences, Klimov comments on the need to hand over the control of ‘the camp’ to the children. He advocates that the children shouldn’t be indoctrinated into certain beliefs, but that their spirits should simply soar.

Also Read: I Was Born, But… [1932] Review – A Captivating and Subtly Incisive Silent Comedy about Childhood

What Klimov offered was an optimistic, positive message for the near-future, which resonates within this limited comedy framework. In reality, however, Brezhnev era intensified the repressive measures. The miracle that happens in the end could also be highlighting the aesthetic liberation the Soviet film-makers were seeking from the regressive censors. Moreover, on a broader note through the carefree child protagonist, we are bestowed with honest truths about childhood and the boring discourse of adults. Inochkin and his rule-breaking pals are a delight to watch. Their reckless antics – full of brilliantly crafted visual puns – are very much childlike and never clouded by adult perceptions. Most importantly, the chaos doesn’t go overboard as Klimov finds the right balance between poignancy and joyful abandon.

Overall, Welcome or No Trespassing (72 minutes) emphasizes on the foolishness of negating individuality and capriciousness of authority through an undeniably simple yet funny premise.