Tyler Durden is still the familiar graffiti painted across barren walls in dark and desolate alleys, Project Mayhem sounds like the spiritual guide this decade needs and basements of every after-office pubs are discreetly inviting lonesome corporate prisoners to free themselves from their own tired selves. The gospel, that is Fight Club, written by Chuck Palahnuik later spread by David Fincher is still burning bright in our hearts, the fire all flamed by the recent global developments. We are Jack’s Smirking Anger and maybe, just maybe, losing all hope will eventually be the only key to freedom.

Now, enough of the trashy pseudo-intellectual bullshit. Let us be done with this useless introductory gibberish whose only purpose is to fill the void of the webpage. Let us abide by the rules ratified by His Highness and keep our mouths shut. Instead, rattle down this purposeless list, made by one space monkey for all the others out there, and indulge yourselves in the sins of self-gratification.

PS: Do not blame us for every second you waste on this webpage.

There often comes a time when the strings break down, when a man rises from the depth of failures and corporate pressures to redeem his own self when the shackles are broken and the freedom gets even more addictive than heroine. The narrator in Fight Club felt the ebbing flow of violence underneath all his calm but William Foster (Michael Douglas) takes that feeling into chaotic proportions of madness.

Falling Down may not have received the same cult status as most of the others in the list, but Joel Schumacher roped and introduced the capitalist transgression to silver screens in ’92 much before Fight Club saw the daylights. 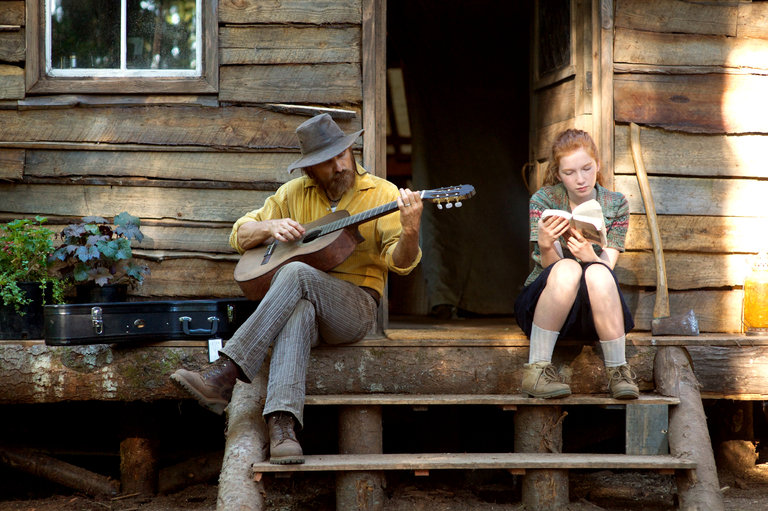 Captain Fantastic is sweetly hilarious and heartbreakingly moving. Immensely gorgeous to look at and infinitely enthralling in its scope, it is the living embodiment of free spirit and making peace with ourselves.

The sense of constant paranoia, mistrust, plentiful obscure visions, and the convoluted line between dreams and reality, Jacob’s Ladder rolls these oddballs into a joint of weird hallucinatory power, one which messes with your brains the more you think about it.

The Vietnam War had already resulted in many great narratives over the ’80s, but this topsy turvy psychological drama having biblical beasts coming out of walls is as far out the symbolism of horrors of war as there can be. Jacob’s Ladder in its entirety plays many mind games of which Tyler Durden would surely be proud of.

It was the wet dream of Tyler Durden to see the economic structures broken down to nothingness, to see the world plunge into a state of financial chaos. It happened in 2008 and Inside Job never holds back into detailing the fundamental faults that made the reality look even stranger than fiction. Shocking in equal parts as it is distressing, the Financial Crisis of 2008 is a reminder that people at top of the corporate chain are mere humans, capable of debauchery, frauds, greed, and may contain deep rooted flaws.

Vicious, important, and an absolute eye-opener to the malevolent practices of mammoth Investment Banks at that juncture, Inside Job is a sincere attempt to capture culprits on screen in the aftermath of the meltdown of global proportions.

For once, let us peel off our masks and be savages. Let us all fall from grace and become barbaric. Or shred each and every iota of decency and let wilderness rule. Let us wear the proverbial crown of thorns and succumb to carnal pleasures. Let’s prove to this race that divisions of society into classes is the singular most tragic misstep of human conscience.

The intriguing premise is built to shock but what surprises one is its ability to eventually mesmerize by gruesome satire. Cheap Thrills made me flinch, wince, smirk, and eventually marvel in cognizance of this dark allegory.

Similar to Fight Club: 10 Films To Watch If You Loved Dunkirk 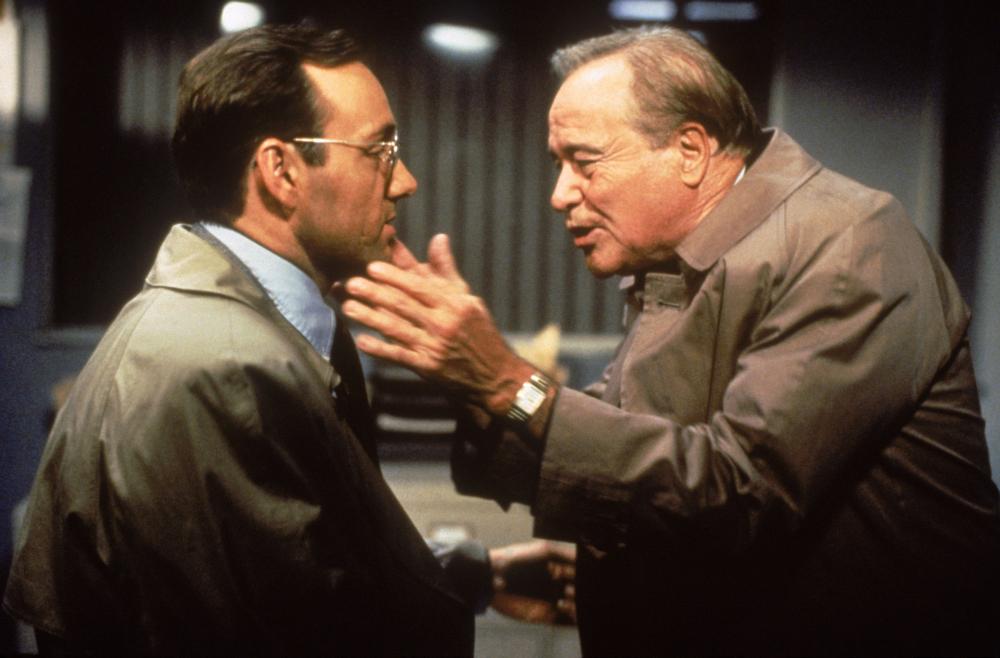 High white collared salesman, a force to keep the organizational machine oiled and running, shiny from the outside and crumbling from the inside, Glengarry Glen Ross is a rather civilized (read different) take on capitalist culture that has engulfed the generations.

Deceits, lies, and debauchery veiled under the skin of ambitions, James Foley directs a razor-sharp script to its maximum potential, extracting benchmark performances from the star-studded cast. American Dream lies crumbled by the end of Glengarry Glen Ross, as the finances dance to devilish tunes over the pity state of failed humanity. 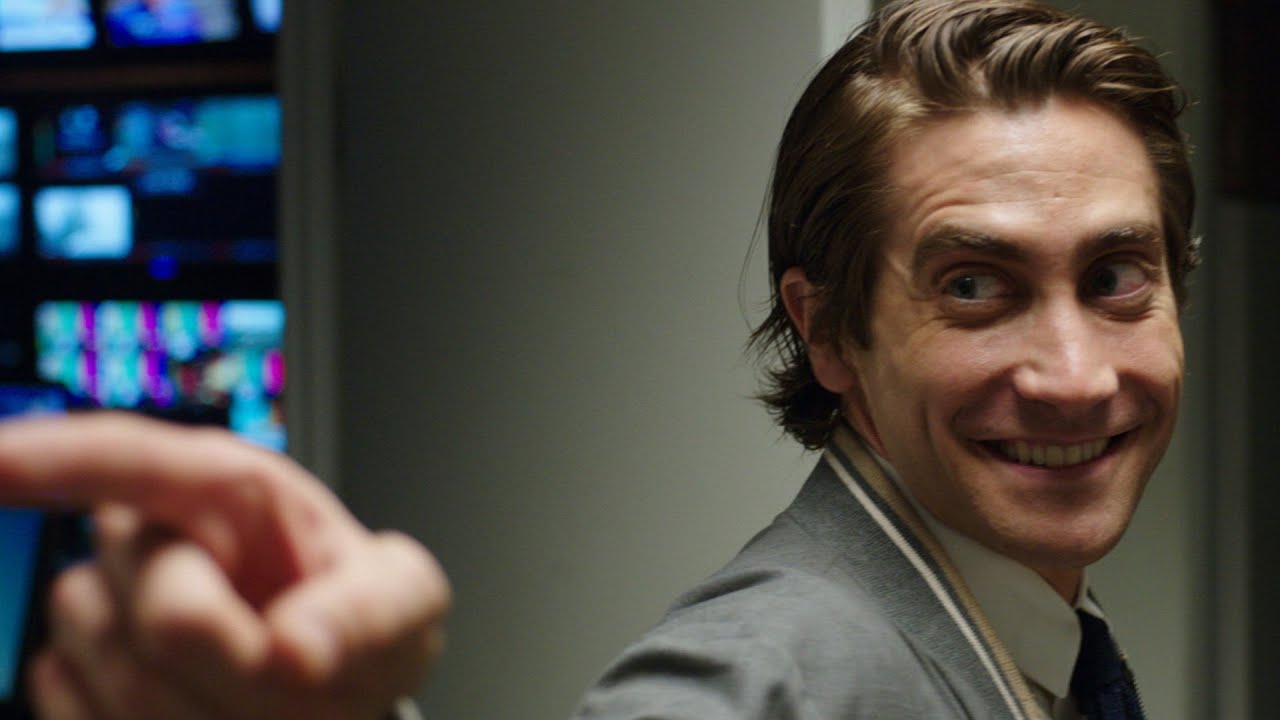 A manic pervert antagonist who feeds on vicarious tragedy, a lens, and the whole media shenanigans; The Nightcrawler is a beast brimming with chaotic images and anti-social imageries. The on-the-nose comparisons to real life, the gloomy backdrop.

Just like Fight Club, Nightcrawler takes a mighty swing at the television industry and the blind consumerism that plagues the audiences. With a bravura performance from Jack Gyllenhall, Dan Gilroy has hit the ball out of the park in this searing acidic tale of success, greed, and fanaticism above morality. It’s visceral, bold, hard-hitting and one of the meanest satire on modern media since Network. 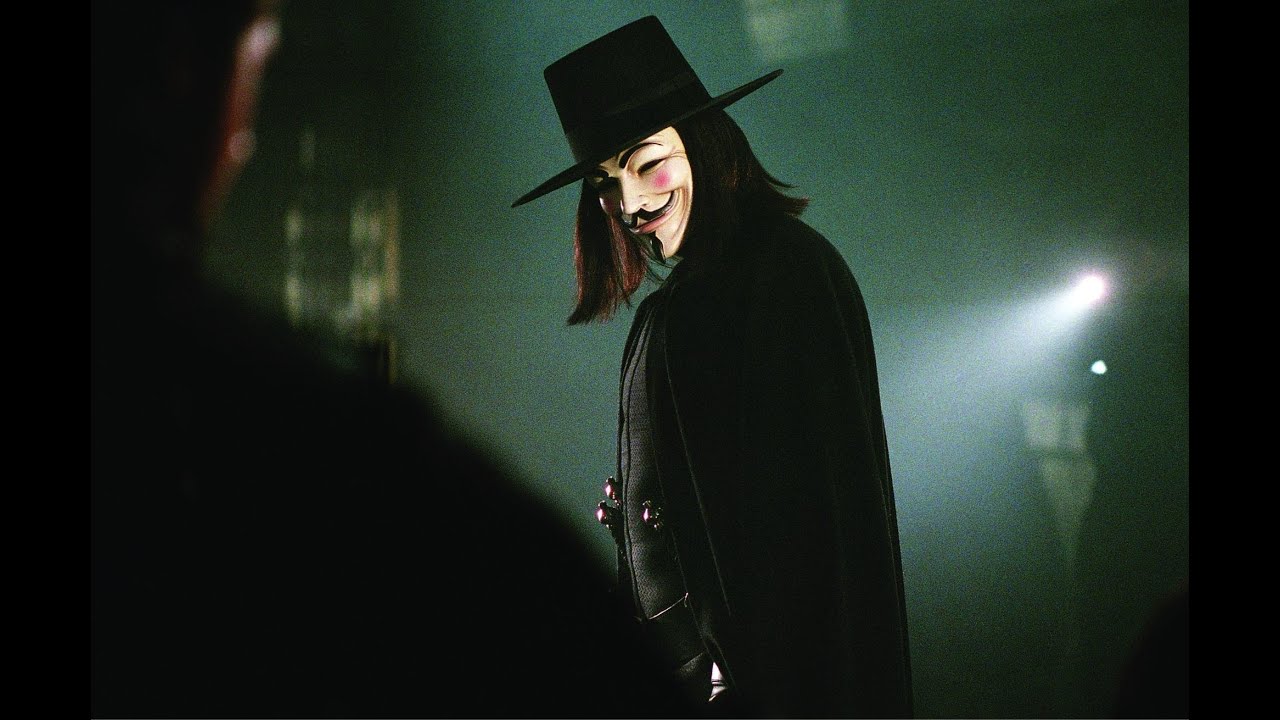 When it comes down to dismantling established regimes and giving control of government back to the people, then look no further more, V for Vendetta is the epitome of such treasures hidden inside its socio-political heart.

With an almost mythical protagonist spawning a series of masks for whistle-blowers, an evil empire as big as today’s most corrupted democracy and the continuous quest for freedom against insurmountable odds make V for Vendetta an astounding cultural phenomenon that refuses to age. Its emotional impact is more timely now than ever as it lays waste to all the cliches with a red anguished rose on their graves.

The titular unnamed narrator in Fight Club dealt with identity crises like facing trails of thunderstorms in an open field. Is there anybody who comes close to him in recent movie memory? Well, The Machinist’s Trevor Reznik is one sure shot bet.

Utterly unreliable, sleep-deprived for months, and teetering on the edge of death due to malnutrition, Christian Bale inhabits the role of its soul. The Machinist is a dark, depressing, and wildly twisted tale of suppressed guilt and makeshift personalities with an ending that pulls the rug from under your floor.

American Psycho is the pinnacle of madness. Never has the lust to simply kill, just for the pleasure of it, narrated so furiously and extravagantly. Never has a movie been so indulgent in petty sexism and lofty materialism, that the central character steps out of his shiny shell to be what he really is: a horribly ugly crab feeding on the misery and pains of humanity. And never has violence been so gratuitously amusing.

Mary Harron has chronicled the horrible descent into madness of an Investment Banker with the precision of a surgeon cutting open a blocked artery with a sharp knife. All that flows out is thick blood, darker than tar, corrupting all that touches it.

American Psycho is a paradox within itself. It’s as much a heart wrenching depressing satire about the fall from grace of humanity, as it’s a laugh out loud subversive black comedy riot. But, in the end, nothing really matters. Neither the deaths nor the satisfactions, not even the sins Bateman committed or his most personal of confessions. Everything turns out to be utterly pointless and meaningless. Just like us and our miserable little lives. Maybe, we all too, don’t really matter much.