The only thing worse than COVID itself can be a COVID set film. They seem to be set in a struggling present that can go either way. Remember the atrocious Micheal Bay-produced “Songbird”? It was so tone-deaf and offensive that it gives the COVID-era set movies a bad name. That said, smaller indie films like “Recovery” and “The End of Us” used the setting to divulge the pandemic in a charming little time wrap. Following suit is the Duplass Brothers produced “7 Days” – A COVID set rom-com about two people forced to live together after the first date ends with a global lockdown.

Directed by Indian-American filmmaker Roshan Sethi, the film kicks off with video messages from couples who have been happily married to each other in spite of having met only a few times before their marriages. The tradition of arranged marriage is a concept that most Indians would be aware of. As they say, a marriage in India is not just a marriage between two people but two families, Sethi’s film opens with funny chats between Ravi (Karan Soni) & Rita’s (Geraldine Viswanathan) mothers.

While the whole marriage website ordeal and the eventual first date might seem a little awkward for a non-Indian person, the entire “7 Days is all we had before we got married to each other” dialogue is a patent of every parent in the subcontinent. The idea here isn’t about that though. When Ravi and Rita meet for the first time there are no sparks. Ravi is a sort of geeky, often OCDing young dude who finds research to be the most rocking thing in the world. Rita – whose seemingly impersonate personality of a traditional girl who loves cooking for others, feels like a facade waiting to be uncovered.

Following up after their failure of a first date, the prospects of marrying each other seem is still a little wobbly. As they return back after their little off-kilter adventure, their phones start flaring up. News from around the world comes rushing in and Ravi, who had come all the way to a secluded small town in California (a place never mentioned) has no means of going back. Seeing how there isn’t much Rita could do about it, she offers him to stay with her for the night so that he can get a rental car the next morning. 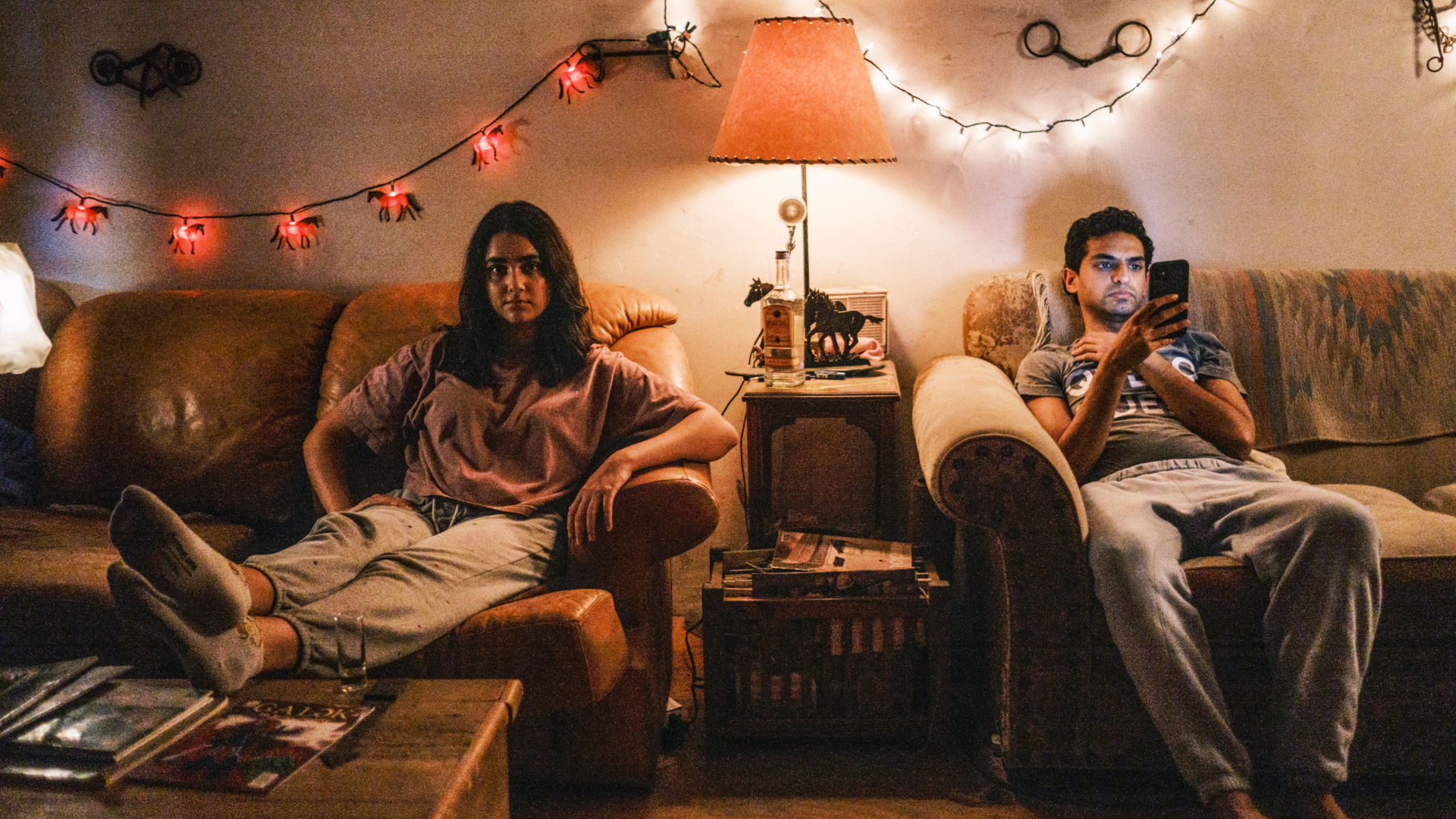 With nothing much to do, the two of them start conversing with each other. Rita’s traditional exterior comes off and the facade she had been carrying all along is let go. Ravi gets to see that she isn’t exactly what her mother portrayed her as. Unlike what her profile said on the marriage website, she is messy, confused, tired of her toxic relationship with an ex, lonely, and definitely not someone who likes to cook for other people.

Ravi, who had been extending his personality as a know-it-all is also a kind of anxious young man who fails to connect the dots and comes off as a likable person. He has had a long list of rejections and his mama’s boy charm isn’t exactly helpful. The two of them, rather regrettably, start to hang out with each other. What starts as a forced encounter finally turns into a sort of bonding session when both of them put their guards down.

Sethi’s film plays along with some pretty familiar rom-com tropes. There is a definite throwback to 90’s romantic comedies like “Harry Met Sally” but it also has a slight Bollywood-like edge that bestows it with oodles of charm. Both Ravi and Rita are funny characters. At the same time, they are also sweet and relatable. Their insecurities stem from a universal feeling of being left alone, making their chemistry feel palpable and rejuvenating.

Props also go to Karan Soni and Geraldine Viswanathan who converse in rib-tickling banter. You can feel that the two of them have been in the same room before (they starred together in the anthology series Miracle Workers) and have a way around each other. The extreme comfort the two of them bring to the screen gives this film about two strangers forced to live together, a sort of charming precedence.

Soni, who has also co-written the film has given Ravi more depth than Rita. While Viswanathan compensates for the lack of, with a delightful performance, one can feel that something’s amiss about her. The third act of the film also doesn’t provide the kind of high it achieves within the first two legs. This is disappointing, especially considering that these COVID-set films don’t have a lasting quality and that “7 Days” could have edged them off with a kind of universal understanding of loneliness and the need to be with someone.

That said, “7 Days” is still a fun ride. I will always remember Soni’s character narrating “Kal Ho Na Ho” to an uninterested Rita while crying his eyes out. There are moments here that make it a better affair than the COVID-set films we have gotten so far. So, go fetch!

The Scars of Ali Boulala [2021]: 'Tribeca' Review – The highs and lows of a skateboarder

Not Going Quietly [2021]: 'Tribeca' Review : A searing look at the power of activism moulded by personal suffering.