7 Movies Like Enola Holmes 2 (2022) until she returns for her next case: Enola Holmes is back with a sequel, albeit with an underwhelming effort this time. Although the titular character remains charming as ever, the film falls flat with the execution of the story. Enola Holmes 2 ends with a banger, introducing Sherlock’s new roommate, Doctor John Watson.  Enola Holmes 2 was a hugely anticipated film for many reasons. Millie Bob Brown is gradually getting star billing and she certainly impresses. Engaging and non-predictable “whodunnits” are getting rare these days but even rarer are central female sleuths. Detective work has been mostly associated with the other gender and female representation is lacking. However, Enola Holmes has more to offer than that and we decided to make a list of films like Enola Holmes.

There is no dearth of murder mysteries in the era of streaming. The overwhelming content is difficult to sort through but we are here to take care of your film fantasies. If you liked Enola Holmes 2 on Netflix and the prequel as well or genuinely enjoy solving/watching geniuses solve murders, this list of movies like Enola Holmes is for you. 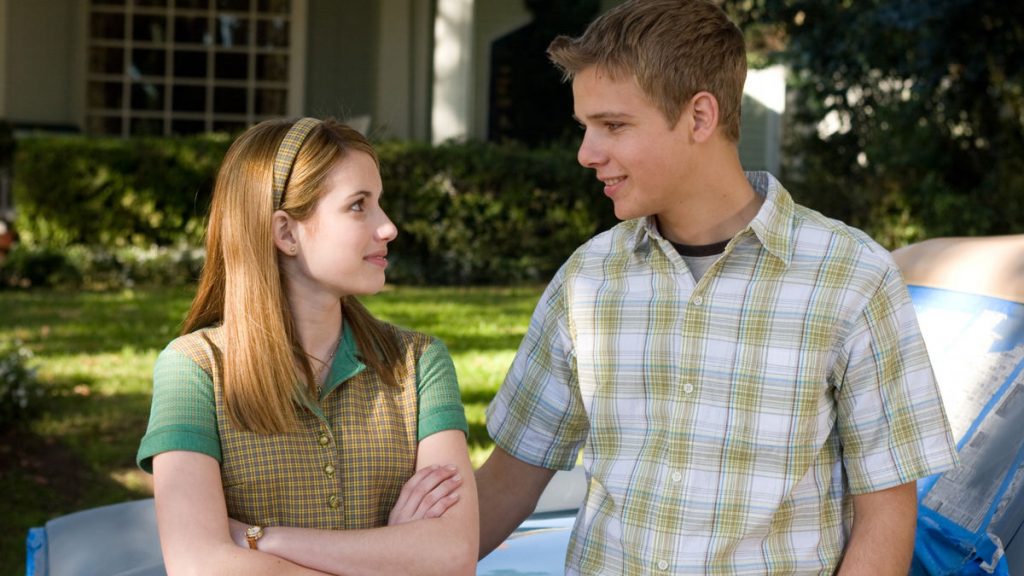 Nancy Drew is perhaps the nearest like-to-like swap for Enola Holmes on the list. Drew is also the OG when it comes to female detectives and that indeed was a huge cultural change. Showing the other gender excelling in such a male-dominated space was an important step forward to engaging female audiences and showcasing the objective application of crime-solving skills. Emma Roberts was an instant heartthrob with her turn – bubbly, charming, and endlessly innocent in being the junior detective. She captured imagination as Drew and embodied her quite well. Although the film does not exactly compress the material with dexterity, it is still a decent watch.

Enola Holmes can be called a spiritual sister to Drew in how they go beyond their age to do things that many adults can’t do. An interesting comparison can be made to see how they operate in different eras and sensibilities. But the essence of the characters remains the same and Nancy Drew is a natural choice after Enola Holmes if you loved the general vibes. The teen noir category fest continues with Veronica Mars. She is yet another classic female character who can challenge anyone when it comes to finding clues in chaos. The film version comes after the very successful tv series that caught us all by surprise. It gained a voluminous following, especially younger viewers, who took a liking to the familiar thematic setup in plot and story. In this film version, Kate Bell brings the character back to life as Mars goes back o her hometown to investigate the murder of a former classmate. The stakes are high and the environment is hostile for Veronica, who has a bad reputation. She must endure and embrace old memories and chapters of her life to solve the case.

Unlike Enola Holmes, Veronica Mars does not have an underlying comic tone. The tenor of the narrative is a bit more somber and the exploration of Mars’ changed personality is sincere given her advanced age. Although she has not descended into old age, Mars comes back a more mature person, something that cannot be said about Enola. But both the films do well on the back of impressive female stars who seldom take “no” for an answer. And for whom, the world is indeed an oyster that they carefully digest and take apart. Paul Feig has actually never made a bad film. Even when he is off his game, the stories he brings us always manage to strike a chord. His A Simple Favor is not a perfect movie by any stretch of the imagination but has a familiar warmth that carries you through the end. Anna Kendrick and Blake Lively are certainly the sources of that.

Both the ladies, in their star turns, make sure that they offer portraits of characters not too detached from reality. Stephanie (Kendrick) and Emily (Lively) are grounded in the typical image of American housewives – both sides of the coin. The confluence of a traditional and modernist version of what we expect in that role plays out in secondary focus to the central mystery of Emily’s disappearance.

What is even better is that we are going to have a sequel sometime next year with the same personnel reprising their roles. That would be a movie everyone would watch.

Like Enola Holmes 2, A Simple Favor smartly exploits its female presence to capture the inherent femininity often lost in such scenarios. There is a certain “oomph” factor as well both the films have in common that will certainly get the interest of male viewers. 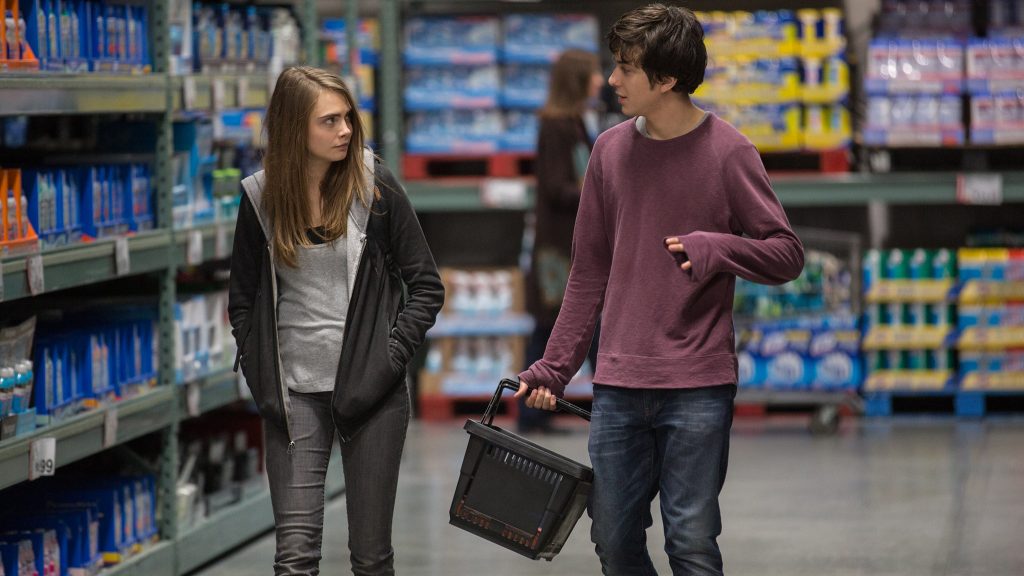 Paper Towns is a derivative mix of classic Hollywood stories about high schoolers coming to terms with the new reality of their lives. The progression from one stage to the other takes high priority in this offbeat coming-of-age story. But that does not mean that Paper Towns is an unlikeable film. Despite the haphazard marriage of diverse story elements, Paper Towns remains an interesting story that constantly unfolds with predictable twists.

Jake Schrier summer dup the film in this one line, where he says, “Paper Towns is about everyone feeling captive to how they’re seen and wanting to break out of that”. Cara Develingne and Nat Wolff are the chief conspirators who wheel the movie forward. Like Enola Holmes, the teenage feeling of being captured by a time in one’s life bears heavily in Paper Towns. They are not telling the same things but similar versions of universal feelings of anxiety, and an understated mix of fear of and excitement about the unknown.

How could the older brother have missed out on the list? Especially when he was played by the charismatic Robert Downey Jr. who truly left his own mark on the character. For those who did not see any more Sherlocks after this 2009 film adaptation, Downey’s persona defined Holmes and we remembered the detective as his face, voice, and sensibilities. The original Sherlock film had a bleak, visceral tone with doses of characteristic Holmes humor and style. That aspect distinguishes it from Enola Holmes but like the Bob Brown starrer, Sherlock Holmes too involved a sumptuous display of intellect and crime-solving through difficult prospects and puzzles.

The bid to overcome these and get to the root of the truth is what compels this brother-sister duo. Enola Holmes definitely serves directly a different segment of the viewership. With its appeal to the young, Enola Holmes is perhaps a bit childish at times. And similarly, Sherlock might be a bit mature. But at their core, both films are spiritual companions and our younger readers must jump on the opportunity to watch Sherlock in action after Enola. 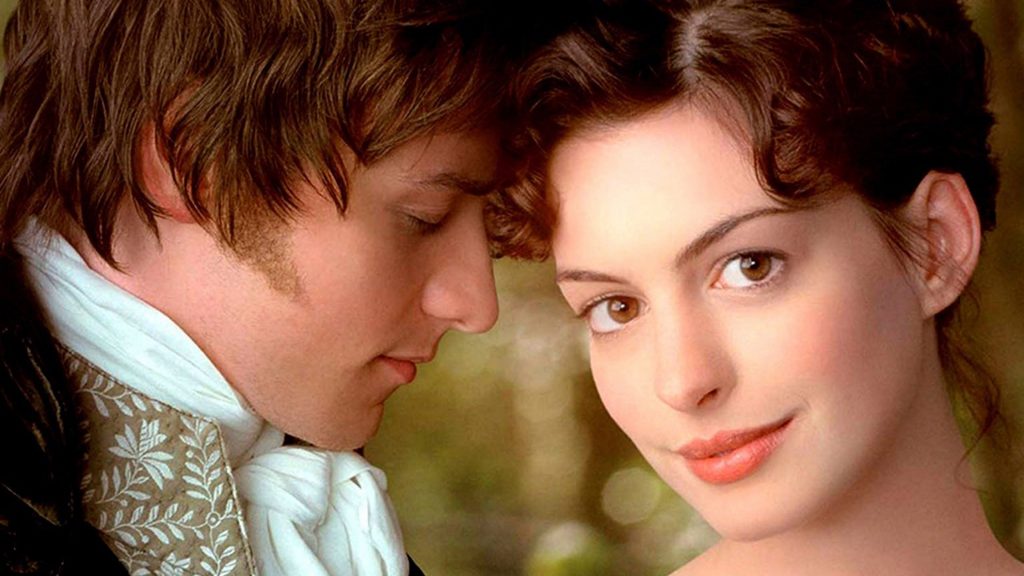 Becoming Jane is a touching tribute to one of the most well-liked authors of our times. Jane Austen was an institution, whose books have inspired countless women to breach the intellectual barrier and redefine their place in society. Her intricate web of themes is seamlessly integrated into the story, much like this film adaptation of her life. Anne Hathaway stars as Austen and James McAvoy as Thomas, who was the basis for the story of Pride and Prejudice.

Becoming Jane blends romance and historical facts with a generous creative license that never seems offensive. It is very similar to Enola Holmes in terms of the setting and some of the problems that the female characters go through in order to get what they want. There is a notorious rebelliousness that links the two movies and that dynamic certainly fuels both features to last longer in memory. 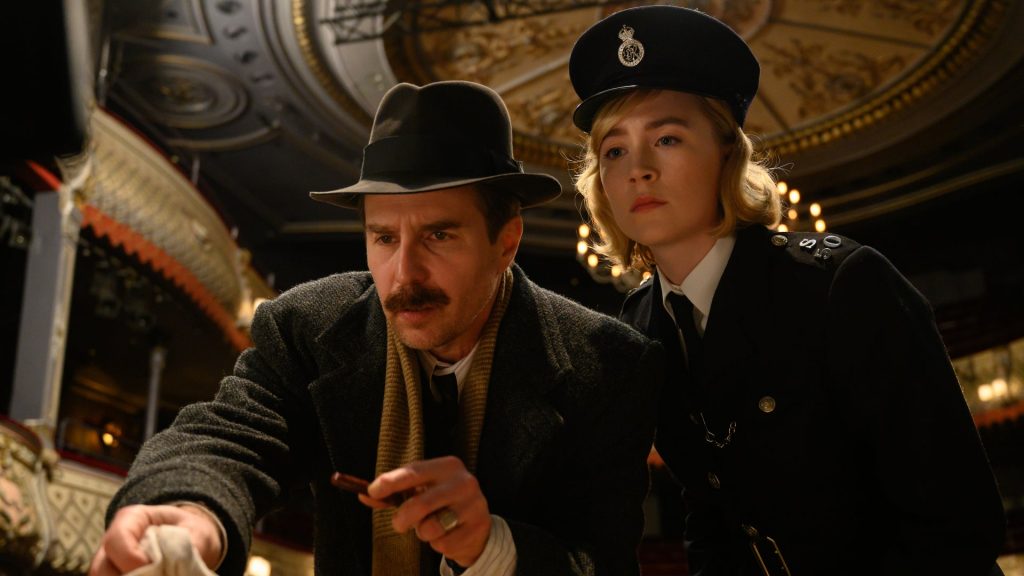 “Saorise like inertia” Ronan makes for an adorable WPC in this sweet, entertaining, and inspired whodunnit. In typical British traditions, the film stylistically resembles the great works of yesteryear based on Agatha Christie’s novels. The plot and setting are very much like Christie’s pulp fiction and as equally in the spirit of solving murders in an orthodox fashion.

Sam Rockwell, Adrien Brody, and Ruth Wilson star with Ronan, to make up for a sumptuous lineup. Like Enola Holmes, See How They Run makes the most of its female presence to give a softer perspective to the story. Stalker, Ronan’s character, is perhaps a bit more fleshed out and relatable than Holmes, but she is as root-worthy regardless. The film’s satirical and self-aware tone is its distinguishing feature and it certainly has the makings of a classic to be well remembered.

On the Line (2022) Movie Ending, Explained - What happens to Dylan?