6 Films to Watch if you like Me Time on Netflix

Kevin Hart and Netflix would be better suited as buddies than he and Mark Wahlberg. If Netflix’s “Me Time, which is his third collaboration with the streaming giant after “The Man from Toronto” & “Fatherhood,” are not examples enough, then I’m not sure what is. This is also Wahlberg’s second collaboration with Netflix after the 2020 “Spenser Confidential,” making this a tailor-made fodder for those looking to laugh their hearts out.

However, Me Time is anything but that. This is as chemistry and joke free as a movie could ever be. A culmination of all the funniest buddy comedy tropes doesn’t always translate into a good time, and Me Time feels like one of those movies that you don’t even want to watch alone, sitting on your couch scrolling through social media.

Anyway, the premise couldn’t be simpler than this. A stay-home dad named Sonny Fisher (Kevin Hart) has been so self-involved in his married life and kids that, he has had no time to be on his own. So, when his wife and kids are away for vacation, he decides to take up his old buddy Huck Dembo’s (Mark Wahlberg) offer to celebrate his birthday in style. And as expected, chaos ensues.

So, if you happened to have a good time, with Me Time, here are some movies you should definitely check out: 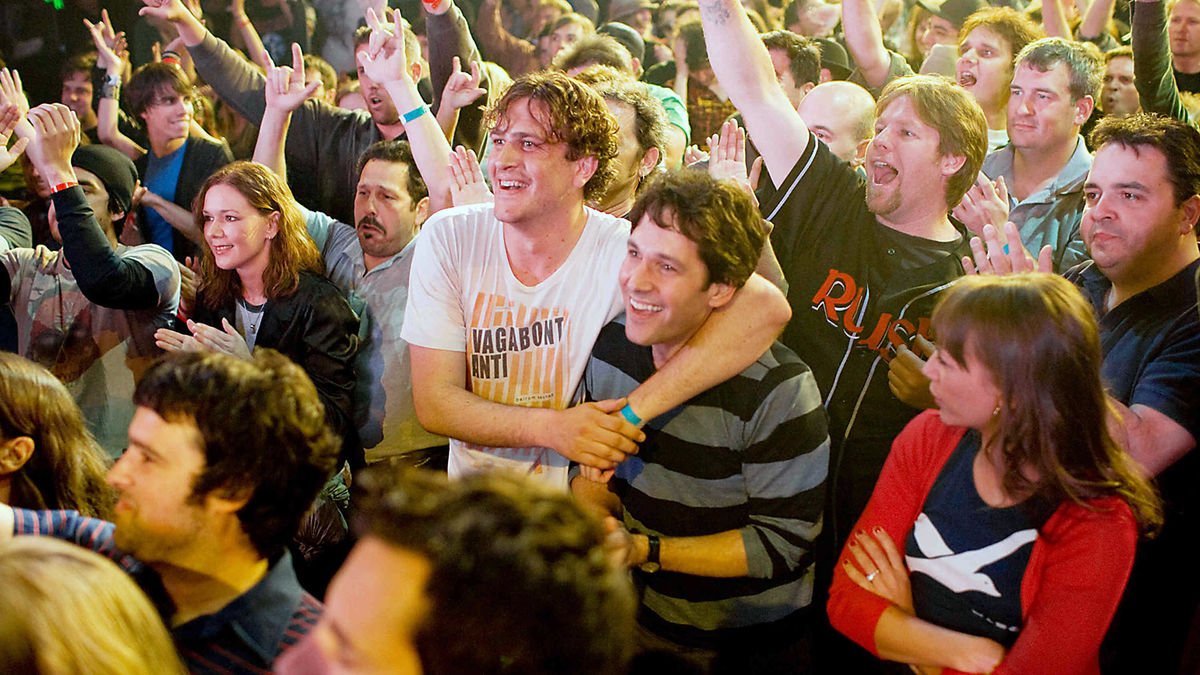 When we talk about a good buddy comedy, we don’t have to stray too far. John Hamburg’s (who also directs Me Time) very own 2009 film I Love You, Man can be a perfect double feature with the Kevin Hart movie. Following Peter Klaven (Paul Rudd), a recently engaged, read-to-be-married man, would doesn’t seem to have any guy friends who can be the Best Man at his wedding, the movie takes us through a series of man-dates before stopping at Sydney Fife (Jason Segel).

With an incredible back and forth between Segel and Rudd, who are at the top of their awkward, grounded humor, I Love You, Man serves as a perfect afterthought for movies like Me Time, as it relishes in the idea of letting go of one’s uptight nature and having some fun. 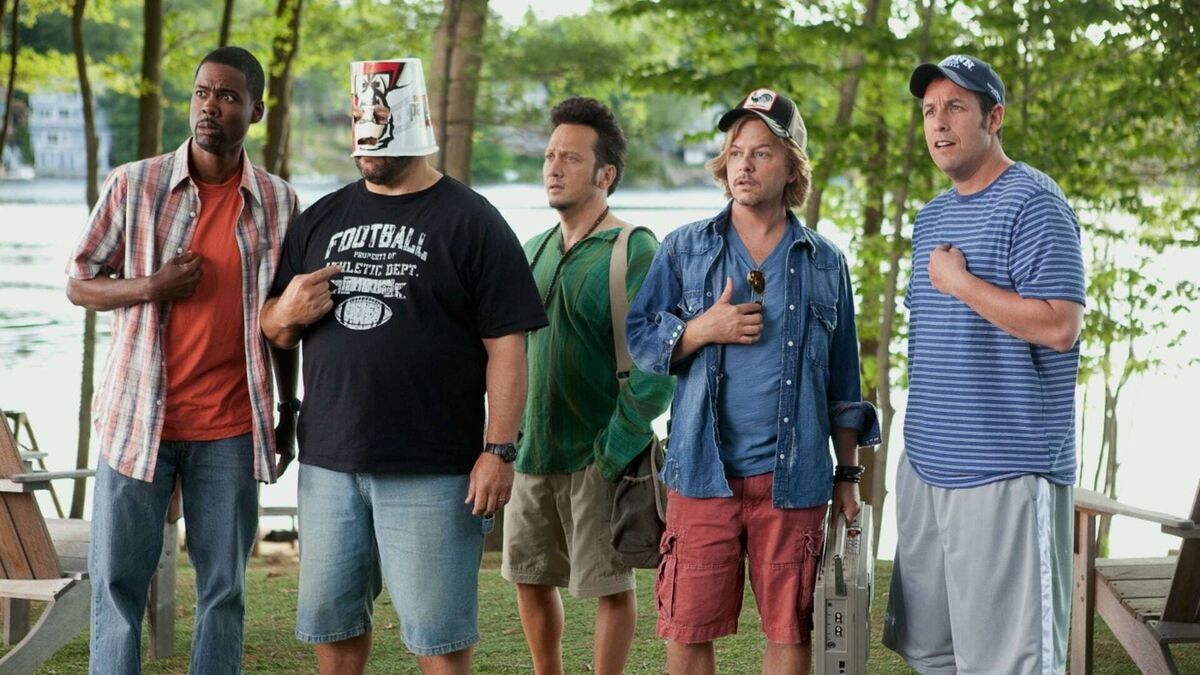 Talk about shits going to the toilet at reunions, one cannot ignore Dennis Dugan’s Grown Ups. A perfect double feature for those who like movies like Me Time, Dugan’s film is about five high school friends who reunite for the Fourth of July weekend after being apart for 30 years.

All of them now have families and children, and the weekend doesn’t just help them understand where they stand in life but also lets them relive a time they have forgotten – a life that is all about fun and games. Starring Adam Sandler, Kevin James, Chirs Rock, David Spade, and Rob Schneider as the five friends, Grown Ups does resort to juvenile humor and is not always as funny as it seems, which makes it all the more similar to Me Time. 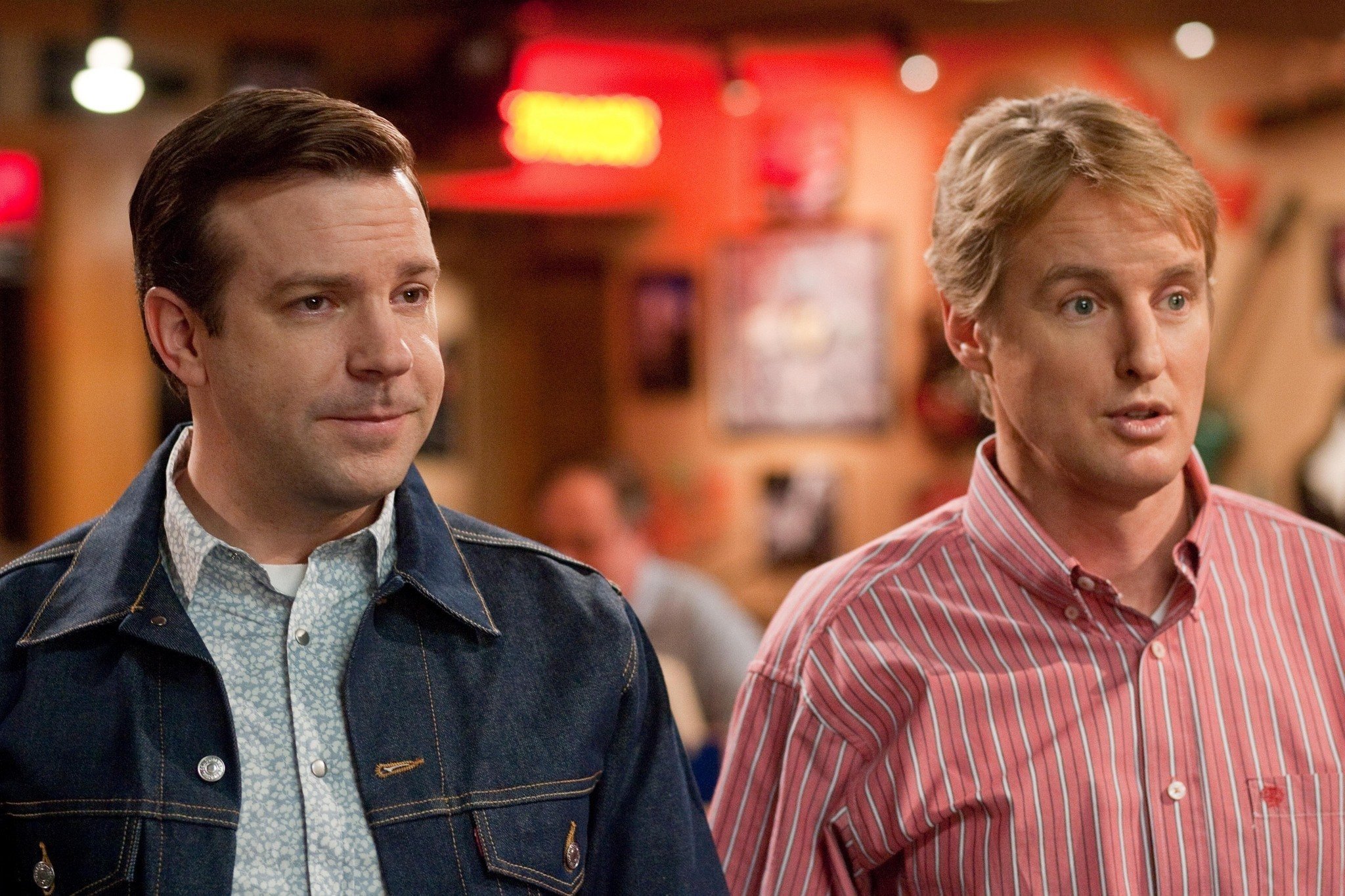 Am not sure if Hall Pass would pass the test of time (see what I did there?) for it being absolutely sexist and all, but if you dig Me Time on Netflix, make sure you check out Bobby & Peter Farrelly’s movie too. Starring Owen Wilson as Rick and Jason Sudeikis as Fred – two middle-aged dudes having a hard time keeping their marriage in check, the movie gets in gear when their wives allow them a weekend pass to do whatever they want without any consequences.

Buddy comedy, mixed with a no-barrier comedy that is about having a good time, Hall Pass ends up being about balancing the personal with the familial. The movie works because Sudeikis and Wilson seem to be having a good time just hanging out and doing odd, uncomfortable things. Also, that scene where they get high at the golf course is absolutely crackle worthy. 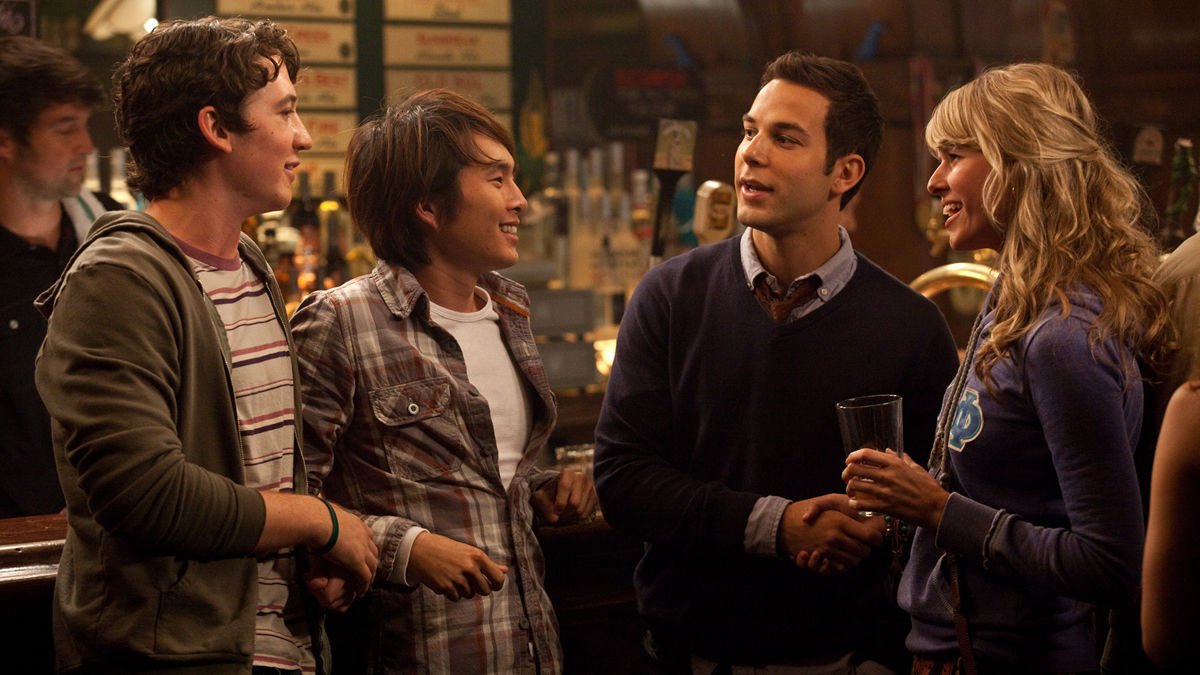 Talking about old friends reuniting and almost ruining your life, 21 & Over comes to mind. The 2013 movie directed by Jon Lucas and Scott Moore, follows Miller (Miles Teller) & Randy (Jonathan Keltz) as they arrive at their old buddy Jeff Chang’s (Justin Chon) doorstep on the eve of his 21st birthday. It is the night before his big medical school interview, and while his strict father is on his ass, he decides to party because he is officially allowed to.

A night that starts slow, turns into a wild ride filled with booze and debauchery; a night where it’s not just Jeff Chang’s neck that’s on the line, but also that of Miller and Randy. Like Me Time on Netflix, 21 & Over is one of those movies that squares off more serious people in life, with the less serious ones, and the result, is absolute chaos. 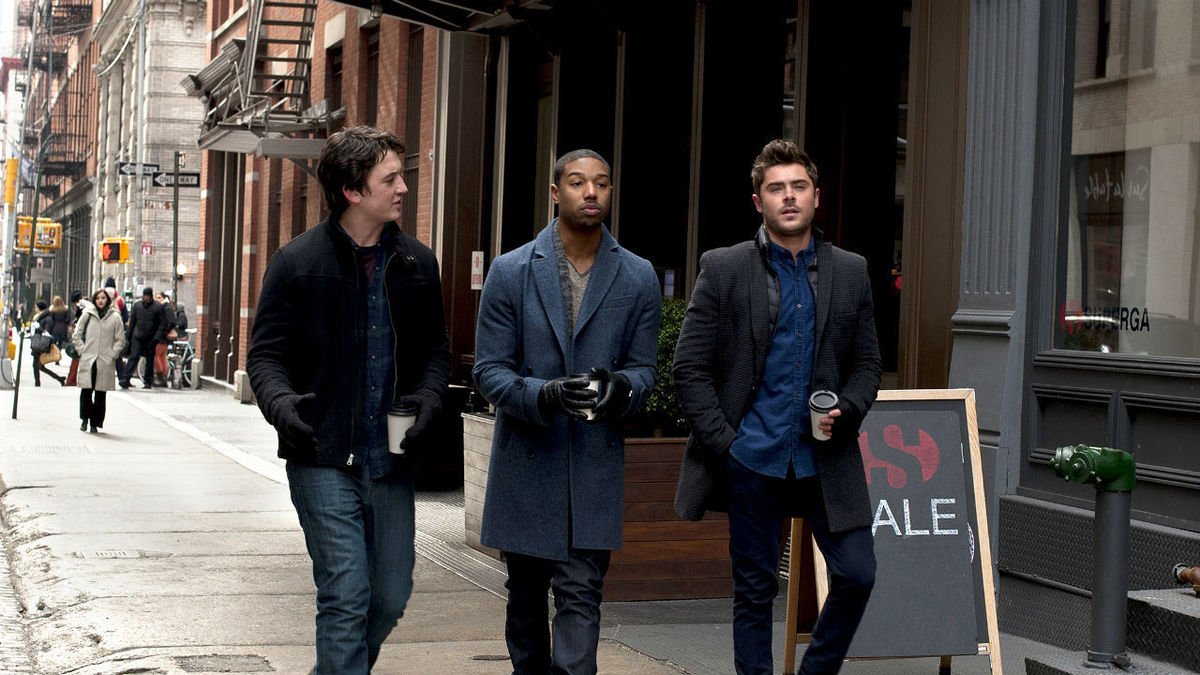 Jason (Zac Efron), Mikey (Michael B. Jordan), and Daniel (Miles Teller) are best friends. Their friendship runs so deep that they have made a pact that if one of them is staying single, the others will too. Only, they are not. The Awkward Moment is based on the hard fact that one has to often choose a life of fun and a life of care and commitment.

Deemed as a ‘chick flick for dudes,’ The Awkward Moment works because of the brilliant chemistry that the three leads have with each other. Like Me Time, this is one of those movies that lead up to a point where fun and life balance becomes the most important decision that one has to make. 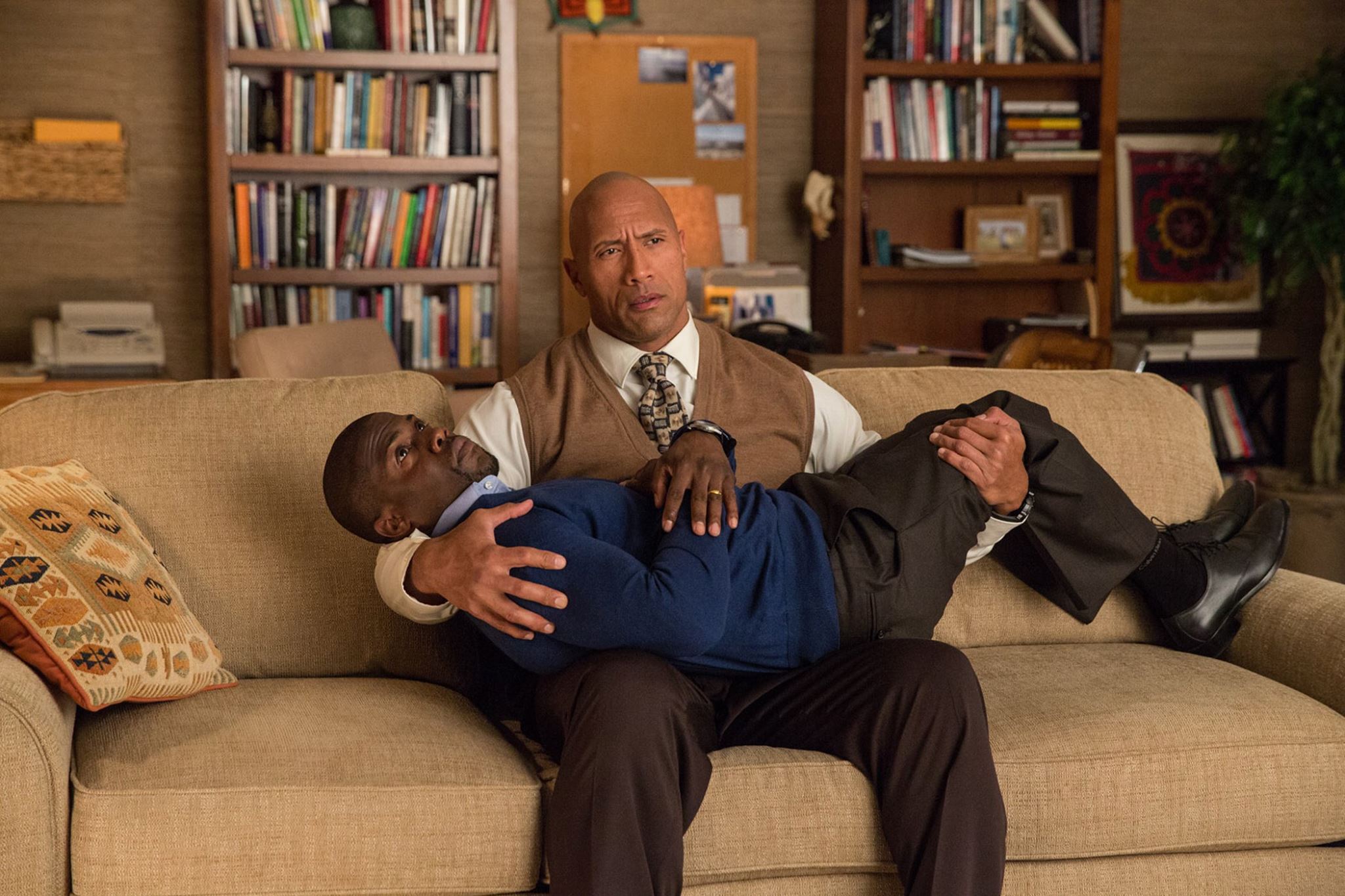 While not a straight-up comedy as Central Intelligence tessellates more towards the action comedy genre, this is still a pretty good buddy comedy to watch if you liked Kevin Hart’s Me Time on Netflix. Starring Kevin Hart as Calvin Joyner – a mild-manner accountant, who reconnects with one of his most awkward friends from high school – named Bob Stone (Dwayne Johnson), the chaos ensues when he finds himself wrapped in high-end espionage, realizing that his old pal is a CIA agent.

Working entirely on the brilliant chemistry between the two leads, Central Intelligence is one of the better Hart and Johnson collaborations out there. Filled with jokes that mostly land, this Rawson Marshall Thurber directorial will make you chuckle a lot more than you have anticipated.

ME TIME IS NOW STREAMING ON NETFLIX. STREAM IT HERE

Read More: Me Time Soundtrack: Every Song Featured in the Netflix movie

6 Films to Watch if you like Me Time on Netflix