WARNING: THIS ARTICLE FEATURES SPOILERS, BUT SINCE IT’S BASED ON A TRUE STORY, CAN THEY REALLY BE CALLED SPOILERS? 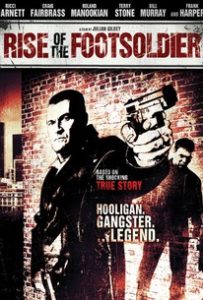 Even more than ten years on, I am still discovering memorable, impactful, and brilliant 2007 films for the first time, and in the most unexpected places. By chance, I caught Rise of the Footsoldier (2007) recently and although I thought it may be a cheap film (it is, but only cinematographically), I was amazed by the bravado, the brutality, the clear storytelling, and the earthiness of this true crime tale of British football hooligans turned gangsters.

Detailing the true life crimes of Carlton Leach (Ricci Harnett), this ambitious film spans several decades, specifically 1977 to 1995, to show how Carlton worked his way from violent football hooligan to violent bouncer to violent junk pusher, all the while navigating between his friends, his (two) families, and the deaths of those close to him.

Yes, this is indeed a violent film. There are approximately six mob brawls within the first twenty minutes, each one involving an assortment of head-butts, blunt trauma, use of mechanical tools as weapons, and projectile blood splatters and spurts. Director Julian Gilbey goes all out beginning this film in such a way to viscerally invite the audience into the brutal worldview of Carlton and co.

But his treatment of the violence evolves throughout the story. These bull-headed cathartic brawls soon become alarmingly violent, which then are set aside for more one-on-one acts of violence, most of which seem justified through Carlton’s job as either a bouncer of a drug pusher. Near the film’s half-way mark, we’re entering into torture territory, particularly when Carlton must see his friends get tortured for information of a heroin’s whereabouts, which he reacts to with an almost suicidal gusto.

Then there’s the triptych ending, showing three different versions of the demise of his three friends (widely known as the Rettendon Murders of 1995), each one as brutally bloody as the last, all of which is unapologetically shoved in the viewer’s face (autopsy scenes included). This third act to the film is interesting and keeps this narrative refreshing as it offers up an inconclusiveness that questions the reality of this unsolved crime.

The ultra-violence of it all goes to show just what the initial football hooliganism can lead to – those sort of folks can grow up to be bullying, torturing, murdering, immoral bastards with a lot of money and stakes at hand. Rise of the Footsoldier has this sort of moralism, but doesn’t wear it on its sleeve and risks being misinterpreted by wildly throwing the audience into the crazy, violent, sweary gangster lifestyle so that it may appear more authentic rather than glorifying of these criminal actions. 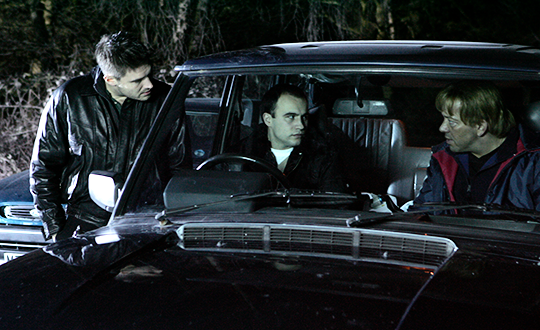 Snooty critics didn’t pick up on this at the time and denounced the film, like they did with the other football hooligan films released around this time like Essex Boys (2000), The Football Factory (2004), and Green Street Hooligans (2005). It seemed only the more low-brow publications like Daily Mirror, GQ, Maxim UK, and Nuts Magazine were the only ones calling it “enormously entertaining”, “gritty and brilliant”, and “a veritable feast of violence”. Otherwise, the vast majority of more middlebrow critics from the likes of Total Film, BBC, Time Out, The Guardian, Film 4, and Empire dismissed it as simply ugly, sadistic, sickening, and glorifying of this kind of culture.

A far more in-depth and far more fair review can be found on the Blu-Ray page for the film, where the author acknowledges the film isn’t for everyone, but may appeal to some. His criticisms are few, claiming it “barely touches upon the social conditions that apparently fueled football hooliganism in Essex”.

There’s a clear disparity between critics and keen viewers, with its IMDb rating of 6.9 based on 17,400 ratings being far more respectable than one star critic reviews. Its audience rating on Rotten Tomatoes, of 83% based on 15,400 ratings, is also far away from the critic’s rating of 17% based on 7 reviews (perhaps it’d be bumped up if the more low-brow publications were counted on that site for once). Even the page for the Time Out review is revealing of how critics can be so woefully out of touch with the audience.

The few that even bothered to give this film mostly pithy reviews hardly even commented on the ferocious acting from all, particularly Harnett as the main man, as well as Craig Farbass as Pat Tate, Terry Stone as Tony Tucker, and Rooland Manookian as Craig Rolfe, the trio whose enthusiastic shady dealings comes to a violent end (three times). The acting from all (not to mention the make-up and hair design) really succeeds in showing an evolution of these characters through the years, going from youthful cockiness to confident professionalism to an apprehension at the end. The scale of this story truly is felt in a swift and not overlong two hours. 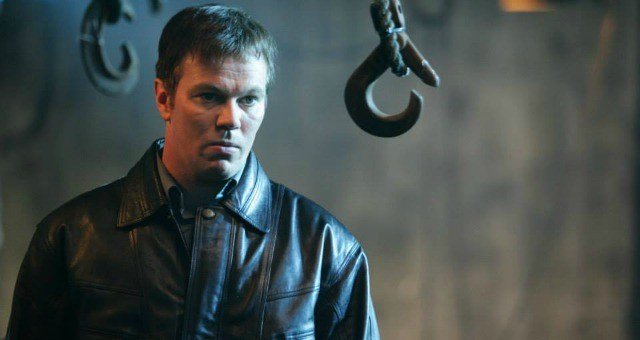 Gilbey is also to be praised for making some of the music-video-esque cinematography look that little bit more special with some eclectic camera-work (the subtle zoom-ins during Carlton’s first exposure to ecstasy is brilliant), tight editing, and overall a confident handle on all the story-strands and the lives and fates of all of these characters – it all adds up to make this film appear bigger than its budget.

I happen to come across this film by strange chance. While on holiday at a cabin, my 16 year old nephew decided we ought to watch this film out of the DVDs that were available there. He seemed enticed by the classification which stated “High impact violence, frequent aggressive coarse language, sex scenes and drug use.” I thought we’d give it a go, even though it may’ve been a really horrible cheapo film probably made for tax reasons more than anything. About fifteen minutes into the film, I started to suspect I was wrong.

I was drawn into Rise of the Footsoldier, not only because of how deliriously entertaining it is, but because of how invested it is in the characters and settings it’s replicating and portraying. Even the snooty reviews couldn’t help but compare it to Goodfellas (1990), due to the blasé amorality of the central characters, the empathetic giddiness in their horrendous crimes, the scope of its story, and the stylistic cinema techniques that delve into the manic and drug-fuelled atmosphere of these settings. I wouldn’t quite go as far as to say it’s on par or exceeds the quality of Martin Scorsese’s similarly themed films like Goodfellas, Casino (1995), or The Wolf of Wall Street (2013), but to employ a cheap critic’s trick, you can pretty much call this ambitious crime film the British Goodfellas.
Previous Article