There are a lot of things that help people connect to one another. Life’s eventual pitfalls, sans one’s need to make things work for the family while dealing with loss, is probably the strongest of them all. In Yuya Ishii’s “The Asian Angel” two families come together by chance. Of course, there’s a divine connection here but director Ishii uses that for comedic relief in a film that brings people together, in spite of a multi-cultural milieu.

In a production that took place during the pandemic (one can see people wearing masks in the background), Ishii conjures up an impressive cast of actors from both Japan and South Korea. The first of his two central characters is  Aoki Takeshi (Ikemastsu Sosuke) – a young novelist who, after the death of his wife, lands up in South Korea. His point of contact is his brother Toru (Odagiri Joe) who had suggested he come there because he is making a good living.

The other main character is Choi Seol (Moon Choi). A struggling singer who is wrapped in a toxic and problematic relationship with the controlling president of her talent agency. Her only wish is to make things better for her elder brother and asthmatic younger sister.

The conflicts in the lives of these two separate characters arrive almost at the time. As if life has fated them in some way, after Takeshi’s initial success with brother Toru’s illegal business of selling cosmetics, he finds himself in a mess when the business partner cheats on him and runs away with everything. On the other hand, Choi’s put under extreme pressure by her music label to perform according to their wishes before finally dropping her completely. 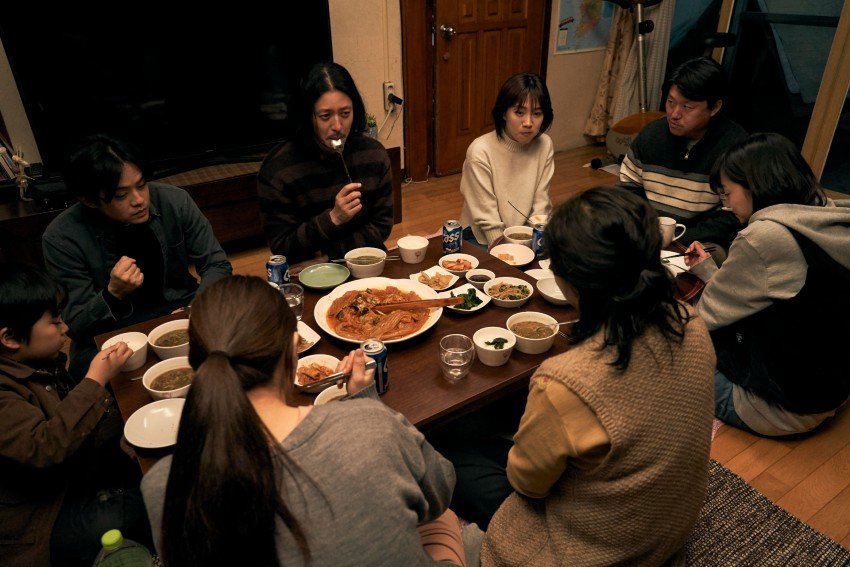 These conflicts set the film in motion as the two families come together by fate. Choi, out of the blue, decides to visit her parents’ grave, while Toru says that there’s an opportunity for seaweed in the countryside. Their paths cross on a train journey as the narrative then moves onto a road trip that goes southwards as the film progresses.

Without a lack of common ground when it comes to language, the two central characters in “The Asian Angel” are drawn to each other through their shared miseries. Takeshi finds something about Choi’s character enchanting, in spite of only understanding her feelings halfway.

The film is really built on slice-of-life moments that come from simplistic ideas of life. The two families are fated to get another turn at life, but before that, they need a really good shake. The road trip provides them that. Choi, who has drifted away from her brother and younger sister slowly realizes that they are her pillar. A moment in the film sees her elder brother carrying a bunch of her CDs because he claims that he is proud of her. Another one sees her distant, asthmatic sister confess her jealousy of Choi’s demeanor because she manages to keep the family going by constantly doing work – some of which she doesn’t particularly like. 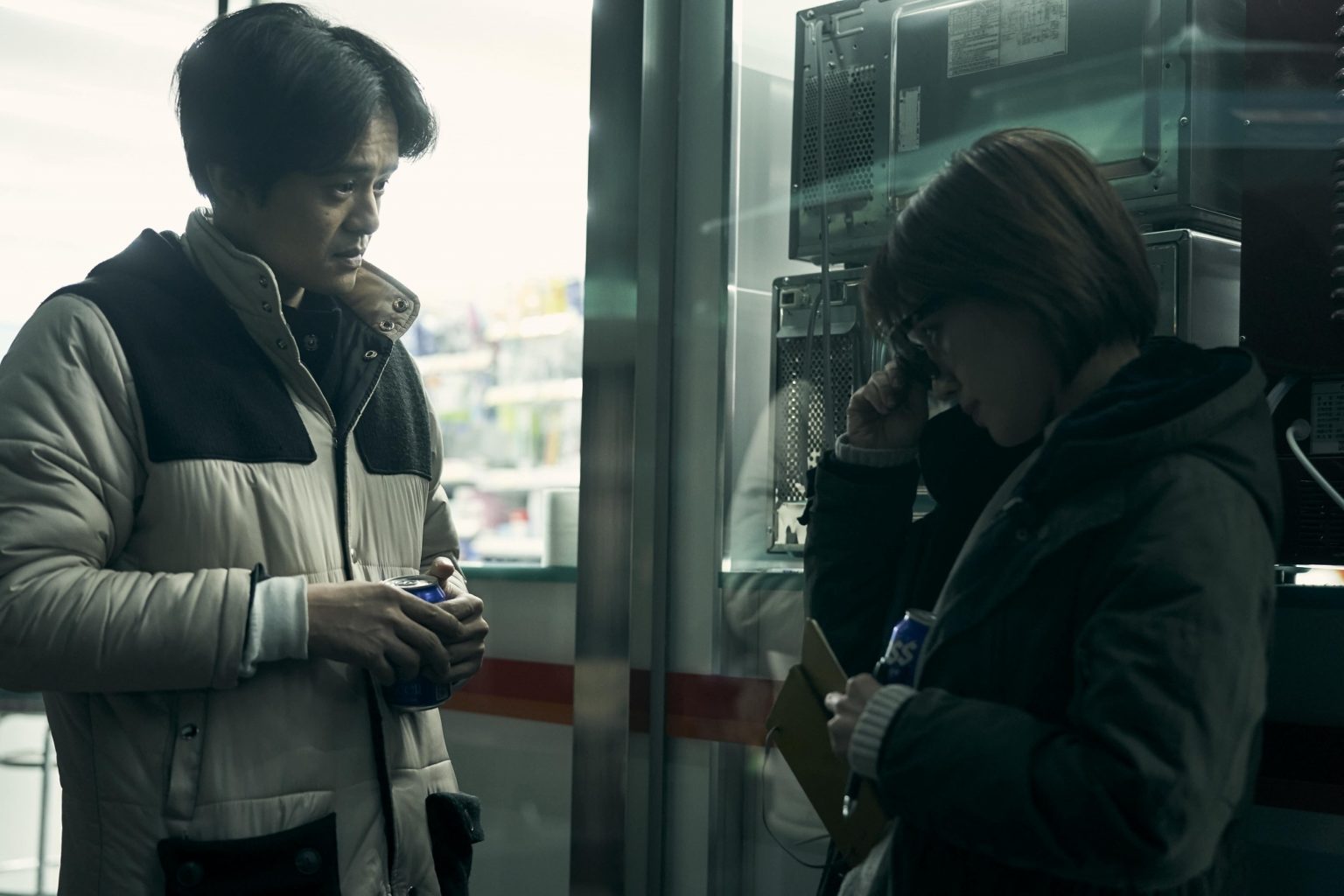 It is moments like these that really uplift the film to a greater extent. While director Yuya Ishii could have made the Japanese family a little more understated and deep, we still pretty much relate to their situations. Takeshi’s writer side isn’t explored and that really puts a dent in this narrative that could have used some wise turns. Also, the whole fiasco of Takeshi and Choi not being able to communicate with one another only to talk in English halfway through the film feels like a lazy trope that could have been avoided.

The acting here is pretty solid here. With the kid who plays Manabu (Takeshi’s 8 year-old-son) being a standout. The little guy doesn’t speak a single word in the film but you can feel his sadness and his brave front to life’s sorrow with each passing second. I’m also particularly fond of Joe Odagiri because he always manages to make the smuggest of characters charming.

The use of the ‘ugly-angel’ to show a cathartic moment on the beach was a fine touch. However, the divinity of the plot could have had an interesting turn on the overall growth of these characters. Not sure why director Ishii chooses not to dive into that.

A few minor flaws aside, “The Asian Angel” is a pretty moving tale of people trying to come together. The fact that it preaches sharing one’s misery and sorrow to loosen up some weight that life throws our way is truly beautiful.