In the opening minutes of Liz Garbus’s outstanding, endlessly watchable documentary on the life and legacy of Jacques-Yves Cousteau, the explorer answers questions to a room full of children. The sense of wonder and fascination on their faces is palpable and it is this same feeling of being completely enamored that guides the viewers of Becoming Cousteau. It begins as a story unfolding through his eyes, seated beside his watchful gaze, and gradually shifts gears to places him in front: he becomes the subject itself. This is where Becoming Cousteau, a National Geographic production, truly soars.

Becoming Cousteau, which is made in collaboration with the Cousteau Society and is also co-produced by his widow Francine and children Diane and Pierre-Yves, takes full advantage of the invaluable amount of archival footage containing video as well as audio footage. Excerpts from his diary entries are read by actor Vincent Cassel, where it is revealed that his introduction to underwater happened by accident.

Cousteau joined the French navy in 1935, and a serious accident injured him severely, leaving him with 12 broken bones. It was for his speedy recovery that he chose to swim. For the desire of underwater photography, two others joined him and from there on grew his life-changing fascination with water, where he says that he “became an inventor by necessity.” They were called “the three diving musketeers” by fellow men, he quips. 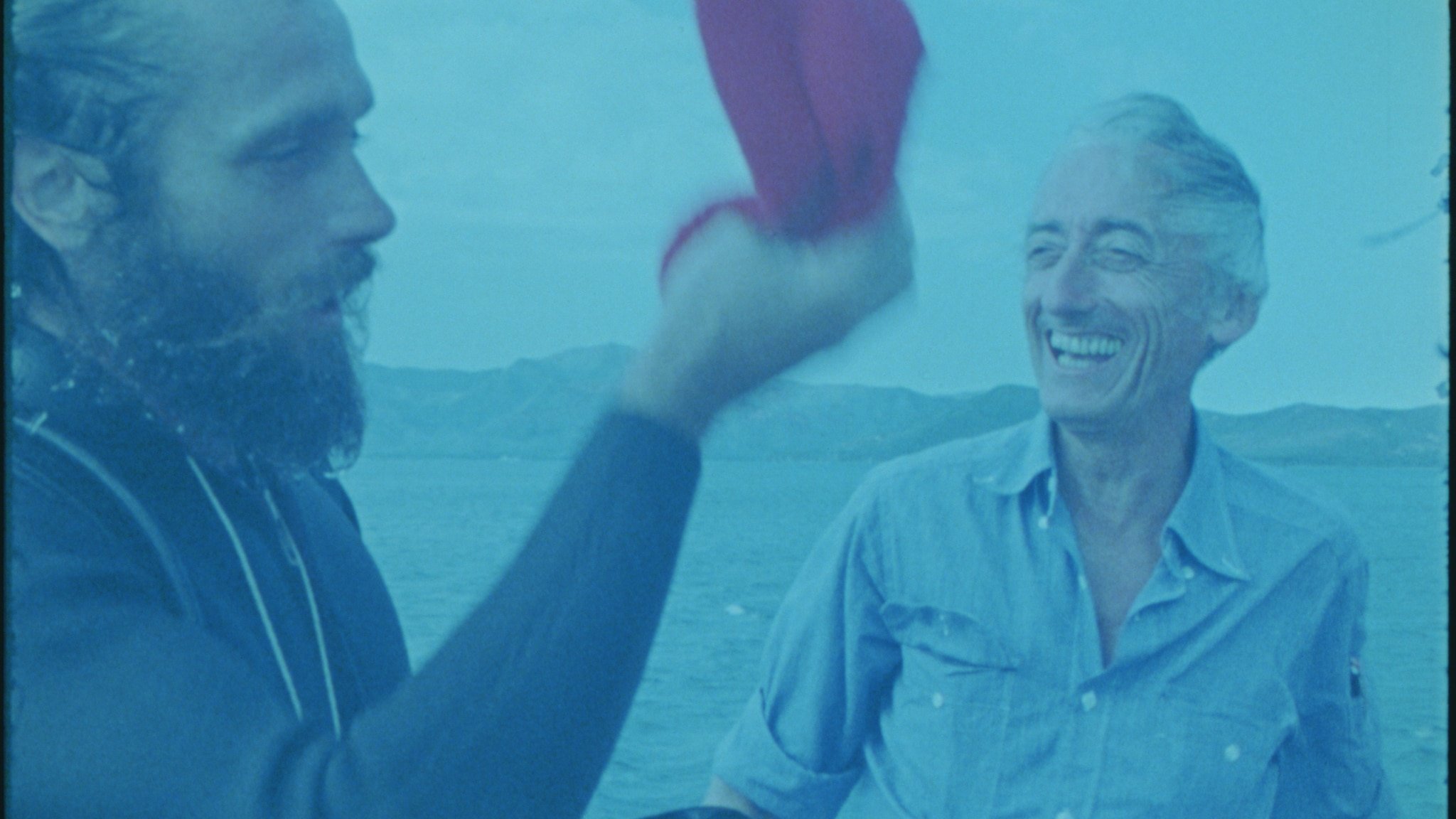 By 1951, his deep passion for underwater photography had led him to numerous charities and donations, resulting in the purchase of a boat, named Calypso, that would go on to become his lifelong companion. In 1956 his film, Le Monde du Silence (The Silent World), which was co-directed by Louis Malle, premiered at the Cannes Film Festival where it won the coveted Palme d’Or. A first for a documentary, it became a huge international hit and also went on to win the Academy Award for Best Animated Film.

Even though Becoming Cousteau initially glides over this phase with a careful selection of images, Cousteau would have to return back to his film later- when he would publicly admit that certain sections of it were simply unwatchable in the modern age (the particular sequence of killing sea creatures). Becoming Cousteau reaches this point in Cousteau’s life with an unflinching sense of honesty, revealing details with both respect and consideration.

Also, Read – Sardar Udham [2021] Review: A Slow but Steady Exploration through the Annals of the Aftermath of the Jallianwala Bagh Massacre

His unique relationship with his first wife, Simone Melchior, with whom he had a pact of providing her with the love of the sea, is detailed in its enigmatic best. Although the fact that he was distant from his sons Philippe and Jean-Michel is made fully clear. “I’m full of flaws. I’m a bad husband and a bad father,” says Cousteau. He had to choose between his passion and his family: he always knew it would be the former. But the tragic death of Philippe would change the course of Cousteau’s life forever.

A revolutionary figure in framing the threshold of environmental activism, Cousteau’s contribution is traced along with his internal pessimism. Garbus charts this personal and professional dichotomy carefully, holding the line of information just enough for viewers to hold along with his years of activism. By then, Cousteau was a household name, thanks to the immense popularity of David Wolper’s ABC series The Undersea World, which aired on ABC for 10 years starting from 1967. 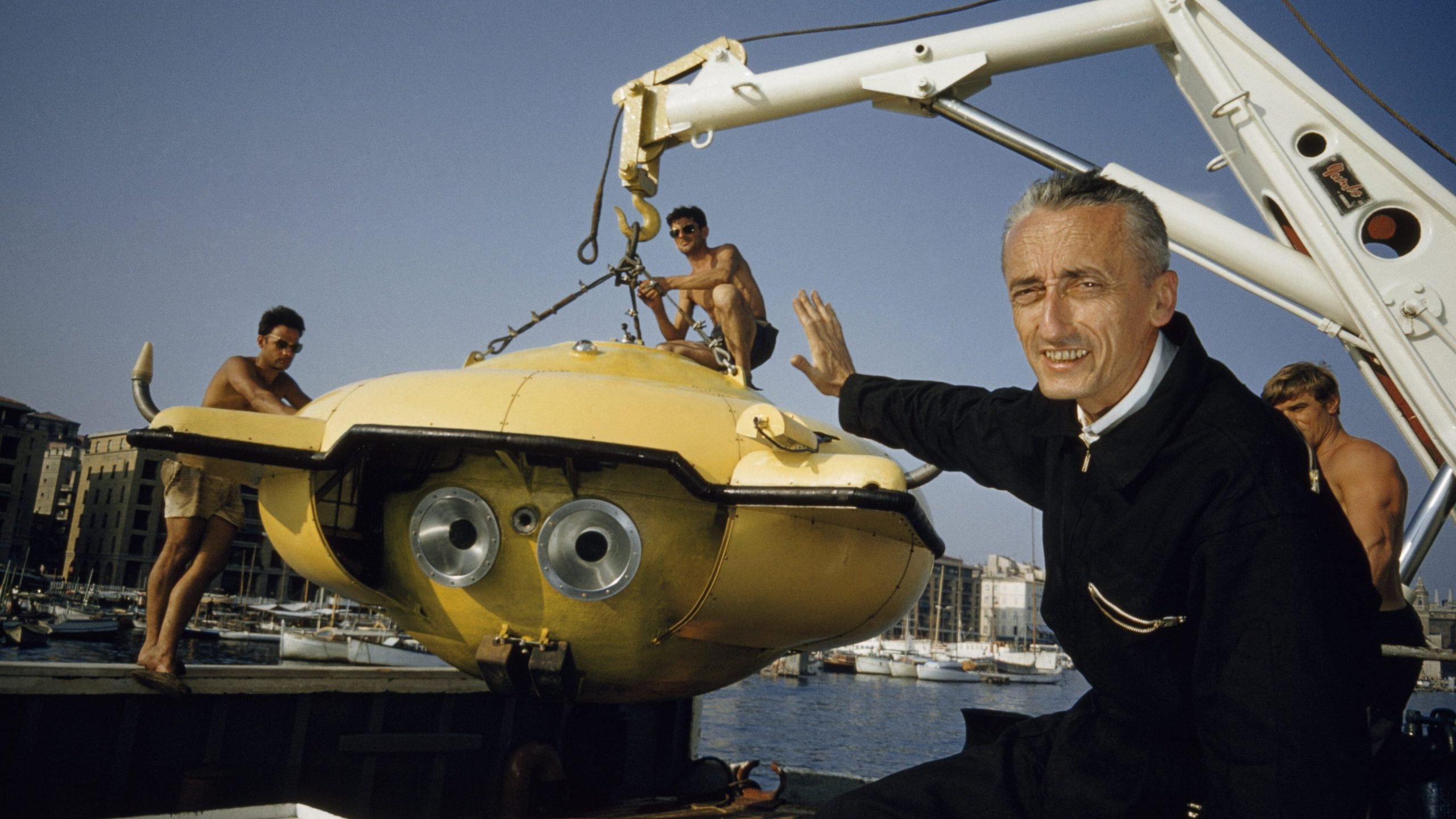 So Cousteau’s involvement in the first-ever Earth Summit, which is set by Garbus in a charismatic light, feted from his worldwide popularity to initiate a good amount of discourse on climate change. Garbus amplifies how Cousteau’s exposition to the ravages of humankind on natural resources provided him with the necessary reality check to fight for its conservation till his last breath.

Becoming Cousteau presents its subject with a lot of empathy and compassion, ultimately saying how solutions do not arrive from every corner, but rather start from the desire to introspect. Garbus’s work is subtly provocative and smartly persuasive of the power of transformation. In his hands, Becoming Cousteau is secure in the direction it takes, leading its audience to the questions gathering under the impression of fascination. For those who are previously acquainted with Cousteau’s work, Garbus provides ample space for considerations, and for those who are not, this is an excellent place to begin.