In one of the psychiatric sessions of Frank (played by Olivier Gourmet), a psychiatrist declares that his love for work is insurmountable, to such an extent that he would not be at peace without work. Frank’s life is extensively governed by the headstrong obsession with his work, the profound interiority of his lifelong happiness is based not on his family but work ethic and the unflinching commitment to work. Frank has worked all his way up on his own, from being a son of a farmer to have his own premium car & bungalow, he has given blood and sweat to his job. His pride for self-made is often bordering his self-conceit and intense arrogance. But what makes us human is not our strength, but the weakness capable of shredding and slowly consuming our lives, and Frank Achilles’ heel is his youngest daughter, Mathilda. 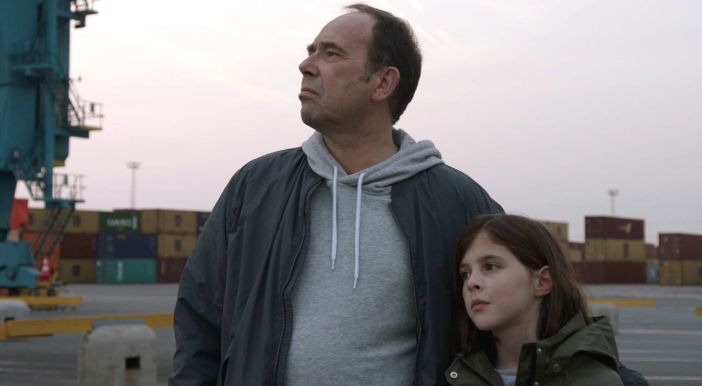 The film, “Those Who Work” directed by Antoine Russbach, opens with Frank and Mathilda making tea early in the morning and waking up Frank’s other four children in their respective rooms, and serving the teas. Antoine shows the daily routine of our lead protagonist who is tragically ensnared in the modern day slavery, wearing it as a badge of honour, that has eroded his humanistic values, giving him the illusional sense of achievement that starts clearing like a smoke after the fire, when he is sacked from his work.

Frank works in a Shipping cargo company in Geneva, which is going through a financial meltdown. His dedication towards the work and company is exemplary. One day, he is faced with an intractable situation, putting him in a moral crisis, that impels him to make a brutal decision and do some dirty work. It’s a grey area of moral values intersecting with his work obligation. And his decision casts an irreparable damage that leads his supervisor to fire him and upsets his family as well.

We see categorically how the gradual fall of the arrogance for his work reveals a great deal about people surrounding him, and also it gives him space and time to do soul searching and introspecting. Immediately, after being fired, he tries to appease his family by buying them things they like or always wanted, without letting them know he has no job anymore. It is during this time, we see how single-minded he has turned, he puts money above relationships and humanity. He has been vehemently consumed by the materialism. 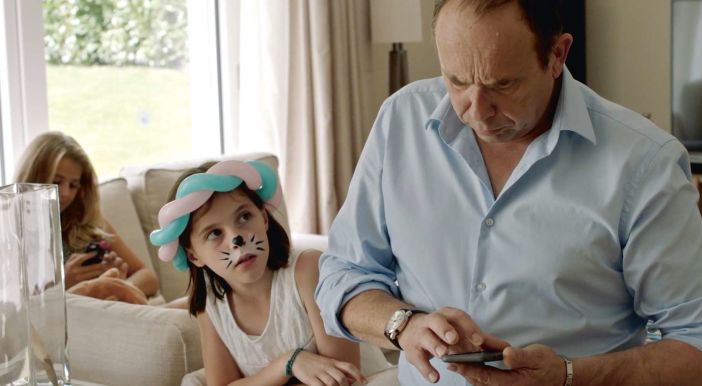 The shallow & hideous life of Frank looks even more frightening with the stunning aesthetic. The startling contrast between the picturesque Geneva, healthy family and the uni-dimensional personality leaving no room for imagination or creativity in Frank is surreal to say least. Antoine remarkably makes the character as believable as possible while deconstructing the ever haunting question of our modern day slavery “at what cost the individual’s achievement and success be traded.”

“Those Who Work” WAS SCREENED AT THE 2018 LOCARNO INTERNATIONAL FILM FESTIVAL.
CLICK HERE FOR OUR COMPLETE LOCARNO COVERAGE.

When It Melts (2023): ‘Sundance’ Review – A Heartbreaking Portrait of Harrowing Trauma