Pokémon the Movie: Secrets of the Jungle Netflix Review: Pokémon just seems to run strong and OLM continues to churn out episodes and films as it has been doing for almost a quarter of a century. As it is established that Ash and his friends are in a floating timeline, Ash will never age. We may (will) never see him mature and tap into the experience he has gained in journeys across so many regions. As a result, many seasoned watchers of the film may say – we wish they would let Ash grow up and give us stories from a unique perspective. These will fall on deaf ears. Cause let’s face it. He is Peter Pan. And the survival of the franchise depends upon the artists and how well they can create new Pokemon and repackage old ones as ‘shinies’.

Pokémon the Movie: Secrets of the Jungle begins with us seeing a Zarude find a human baby at the banks of a river. Upon seeing that a storm is imminent, Zarude elects to take the infant and gets banished from his tribe. Hence, he decides to raise the kid on his own and teach him his ways. Following a series of events, Koko enters the world of humans. Civilization doesn’t work well for Koko, who begins using chandeliers as vines and is overwhelmed by an alien environment. Unable to bear it beyond a point, he ventures back into the forest and well- Secrets of the Jungle is more of the same. Ash travels and befriends Pokemon, helps them, goes, and promises to meet them again.

Related to Pokémon the Movie: Secrets of the Jungle – Pokémon Detective Pikachu [2019] Review: An Endearing Mess

The story is largely rehashed with Dr. Zed not doing anything different to Giovanni, Team Aqua, Team Magma, or Team Galactic. 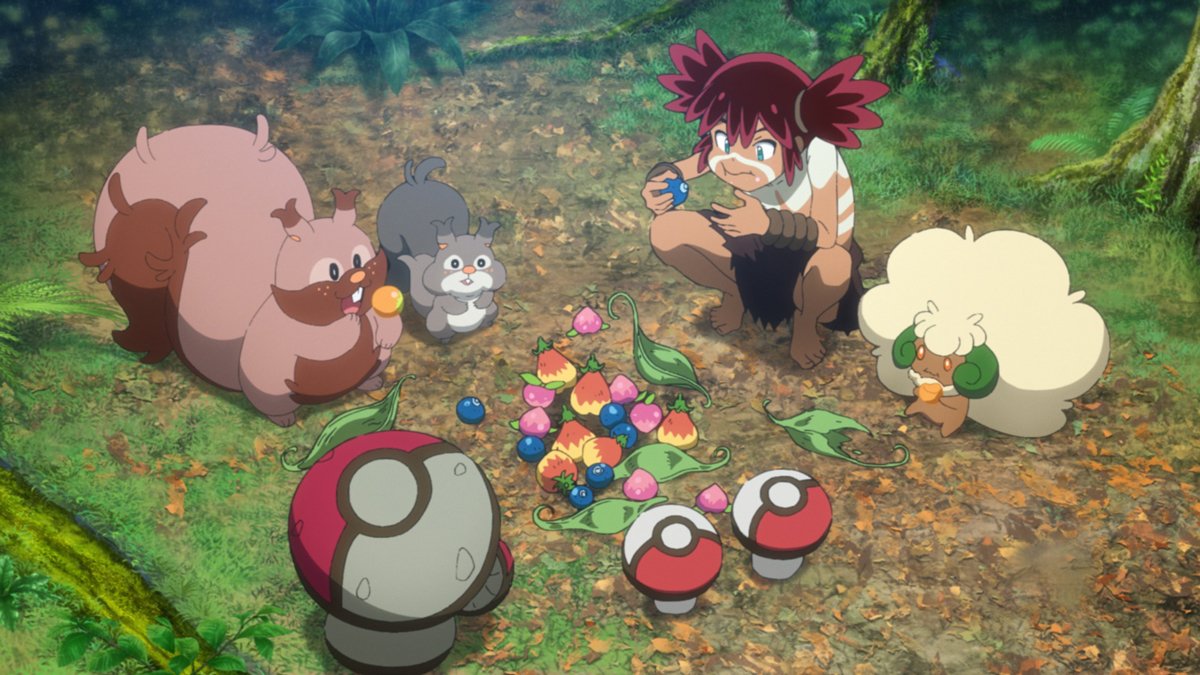 Secrets of the Jungle focuses on the greed of humanity, bonds between humans and Pokemon, and a take on how everything is for everyone. We’ve seen this before. We’ve seen it so often, and not in other films, rather, in Pokemon media itself. This is why Ash needs to grow up and then enter a floating timeline again as it will give the writers a chance to inject some maturity into this character. Perhaps they can tap into everything he has learned from his travels? Nope, we get a shot of Ash seeing the Okaya forest and almost becoming Dora the Explorer as he states the obvious to Pikachu. It’s amusing as it isn’t the first time he’s going to explore a “jungle.”

The forest setting and animators’ choices reminded me of Tarzan and Avatar. The opening sequence itself was a throwback to the Disney classic Tarzan. Also, with the way Secrets of the Jungle progresses, one can be forgiven for having the song ‘Two worlds, one family’ play in your head as we build to the climax.

The return to 2D animation (after the 3D for Pokemon: Mewtwo Strikes Back-Evolution) is refreshing and the sparkling colors on display can lighten up your screens, making you believe in the power of the healing spring. The fluorescent effect, too, can make you think of Avatar. At first glance at the Zarude tree, it felt like a combination of the Hometree and the Tree of Souls from Pandora. The Zarude’s behavior was callbacks to Tsu’tey, Neytiri, and to some extent Eytukan.

While the story has elements of innocence and regular content to appeal to children, Secrets of the Jungle does venture into dark territory, literally revealing one massive secret from the jungle. This helps the audience and the characters despise the antagonist and drive home the craze behind his Colonel Miles-esque motivations. Also, while some may criticize the under-usage of Team Rocket, I’d say that they were one of the highlights, as they retained their evil personas but acted for the greater good in secret. 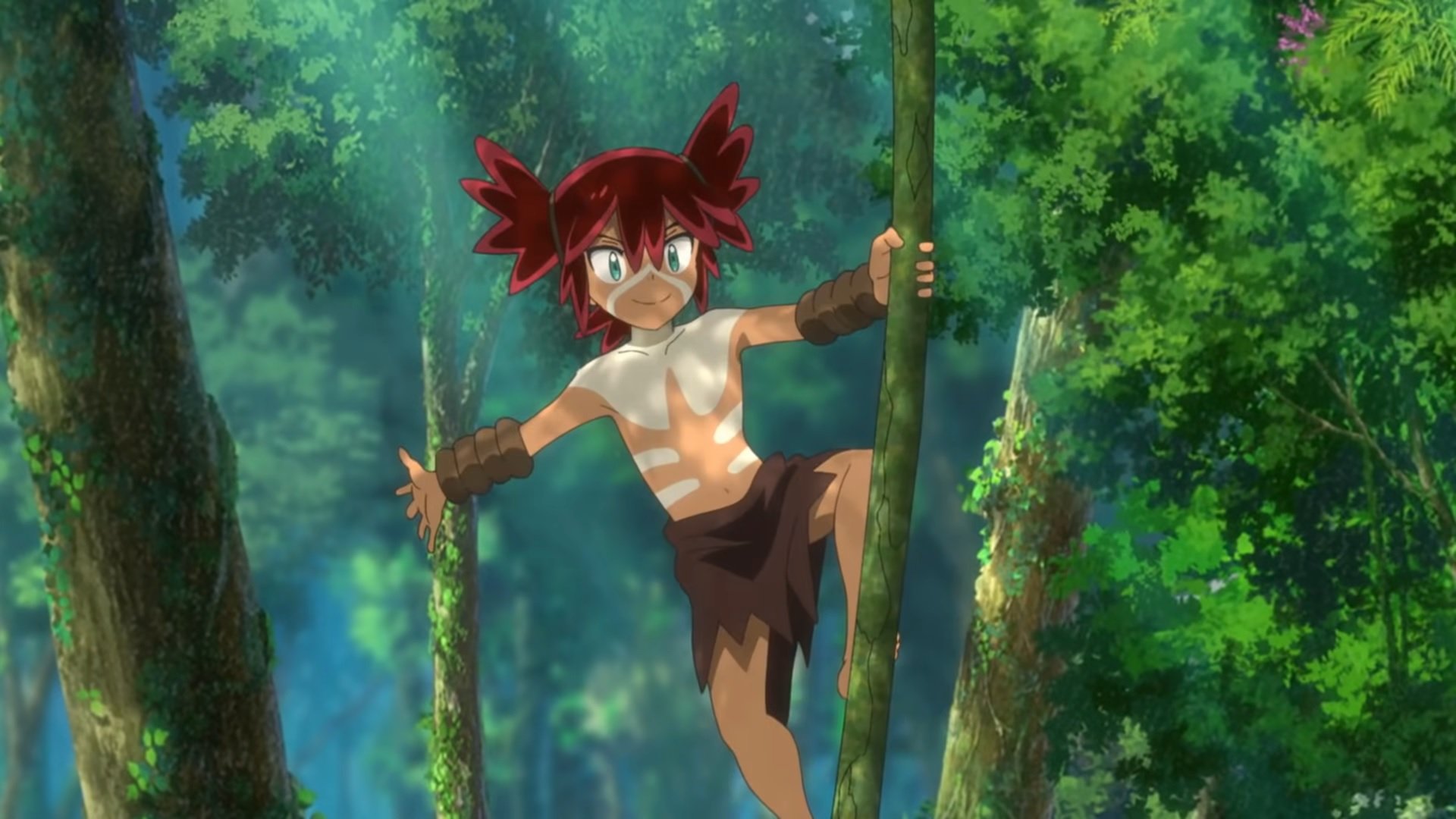 Such films are never ones with bad endings, but we could term this one bittersweet. It is the indication of the spin-off angle that could be explored. Fans may be peeved, as we were never given such opportunities with beloved characters like Brock, Misty, or Serena.

The story is not unique in any way. The themes are not unlike any we haven’t seen before. I feel that a few opportunities were missed given the messaging of the film. But then again, Ash needs to grow up for them to be able to tell these stories with a slightly different spin.

If Pokemon The Movie: Secrets of the Jungle is seen as a standalone, it is a good watch. However, ardent Pokemon watchers may be ecstatic with nostalgia or just annoyed at getting a rehash. I’m in the latter for both.

Pokémon the Movie: Secrets of the Jungle is now streaming on Netflix

Pokémon the Movie: Secrets of the Jungle Links – IMDb

8 Best Geek Movies Every College Student Should See In 2021