Accidental Luxuriance of the Translucent Watery Rebus (2021) Review: Hmmm…weird! A culmination of all things indecipherable stitched into motion with photographs, canvases, footage, and broken bits of speeches abandoned in pages of books, read but not registered. The luxuriance is intended and might accidentally please a certain section of its audience, for sensory pleasure is dependent upon subjective experience. Personally, I couldn’t experience excitement or anticipate events. It started, unfolded before my eyes, and closed like a virtual scrapbook leaving me with no information to remember and create a memory from. Henceforth, I will fail to preserve this film in my mind. It will remain a luxurious title but since its validity hasn’t been established in my cognition, the experience will only wane to a point that nothing much will be left of it.

What is it about? An artist’s experiments with expression. A protagonist in Martin is an instrument through which the ephemerality of the physical world will be reinforced and the futility of existence will be asserted but since ideas are intangible, they remain. So does the film. But again, what is it about? This is a question I would ask myself every time I think of the film and will never answer with clarity.

Is there an aggressive attempt to bring down the fourth wall and blur the hierarchy between reality and fiction? To dissolve any superiority a realist must claim over a fictionalist or vice versa? Descriptions of the real world fit into the fiction but the incidence of fit doesn’t provide evidence for truth. Questions, after all, are more important than answers because the latter follows the former. The film is asking questions throughout. The question is, am I asking the right questions from the film? 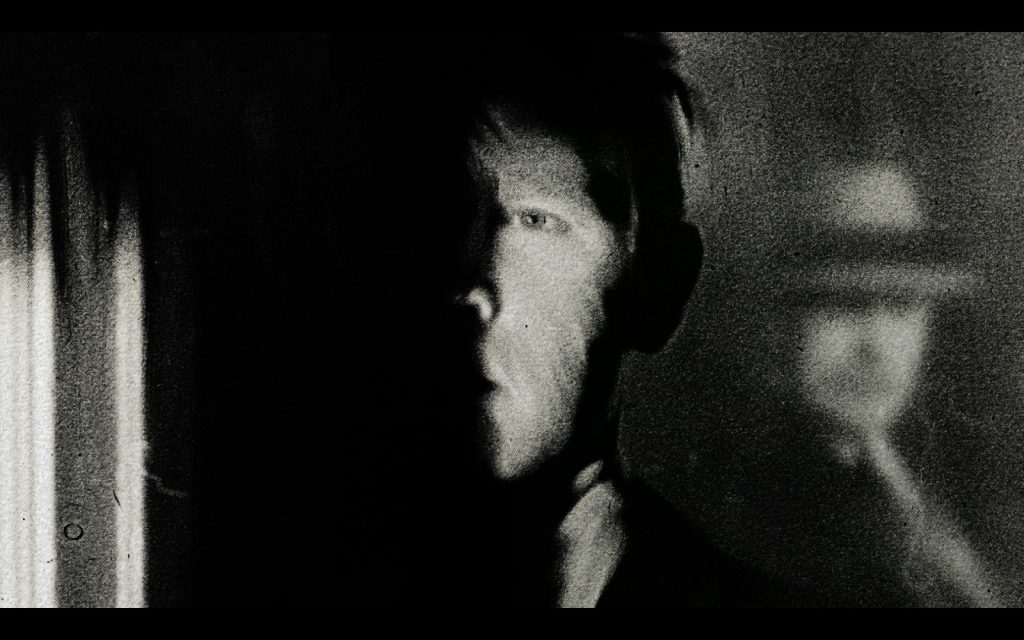 When I read my own analysis of the film, or rather an attempt at it, I find it a glib but such is the effect. Beyond positivity and negativity. Beyond logical comprehension. And most importantly, beyond a complete disregard. Accidental Luxuriance of the Translucent Watery Rebus is a vibrant collection of homages to the genre it is experimenting with, sci-fi and noir, and therefore, to the giants of the genre. There is a thrill in recognizing those titles but not without its share of doubt. You cannot point out anything with confidence and thus, the film takes a unique shape for you. I would claim to see Reservoir Dogs, Interstellar, The French Connection, Psycho, Solaris, Stalker, and numerous other frames that I know to come from cinema but for which I don’t have exposure to the source material.

While homages aren’t sufficient to make a film worthy of attention, they are evidence of the filmmaker’s awareness of the craft, its possibilities, and its outcomes. Dalibor Baric dips his feet into many departments and maintains absolute control over the dimensions of the film and its flow. His act of blending rotoscoping with found footage sparks intrigue, for it can be utilized in narrating various other stories.

Accidental Luxuriance of the Translucent Watery Rebus is so personal a work of cinema that it is off-limits for a concrete perception. The most you can do as an audience is to describe your tryst with the film from an emic perspective. At the least, you can immediately forget it. It trades coherence for overambition, and I do not specifically mean narrative coherence but also stylistic coherence. Like all other films, it doesn’t come with the burden of storytelling until it chooses to tell a story, irrespective of the story’s substance per se. Perhaps the film is the filmmaker’s attempt to have a conversation with me, an audience. Perhaps there is a possibility of a dialogue, unfortunately, unexercised by me due to my occupancy with confusion. Perhaps you are the audience it is conversing with.