A feel-good film, at its onset, represents people and their lives in a tangle that they then go about untangling only to arrive at an optimistic ending after having realized some grave truth in the act of discovering themselves during this journey. This film promises us a pilgrimage to get rid of the negative patterns of thought. We accompany our protagonists to an aesthetically appealing farmstead far away from the city which is surrounded by lush green expanses of land, water bodies, hiking trails, and well-organized outdoor seating arrangements. Everything looks straight out of Pinterest-inspired Cottagecore dreams, except the film does not do justice to any of it. With a runtime of 134 minutes, The Shuru Process, directed by Emrhys Cooper is a hodgepodge that lacks commitment, endorses token characters, and fails to make a statement about both its foundational factors – addiction and the hipster guru, Shuroo.

Parker Schafer, played by Fiona Dourif, is a self-proclaimed “successful accomplished beautiful woman” whose journalistic career and personal life are exposed butt-naked (literally) in the national news, forcing her to go on a retreat called The Shuroo Process to rinse her system off drugs and negativity. Six other characters join her on this retreat, wearing clothes that make them look like they are straight out of the commune from the film, Midsommar (2019).

Indeed, horror soon begins to unfold, at least for the audience. It peaks on the night they are treated to a green, drug-laced drink for dessert. We spend the next few minutes or so trying to see through the madness that unleashes around this farmstead, the psychedelic visuals, especially the creepy shot of a goat with a pink eye, making it indiscernible. Does the retreat deliver what it had promised? More importantly, do these people at the retreat successfully convert into “spiritual outlaws” after three days? I wish there were distinct answers to these questions. 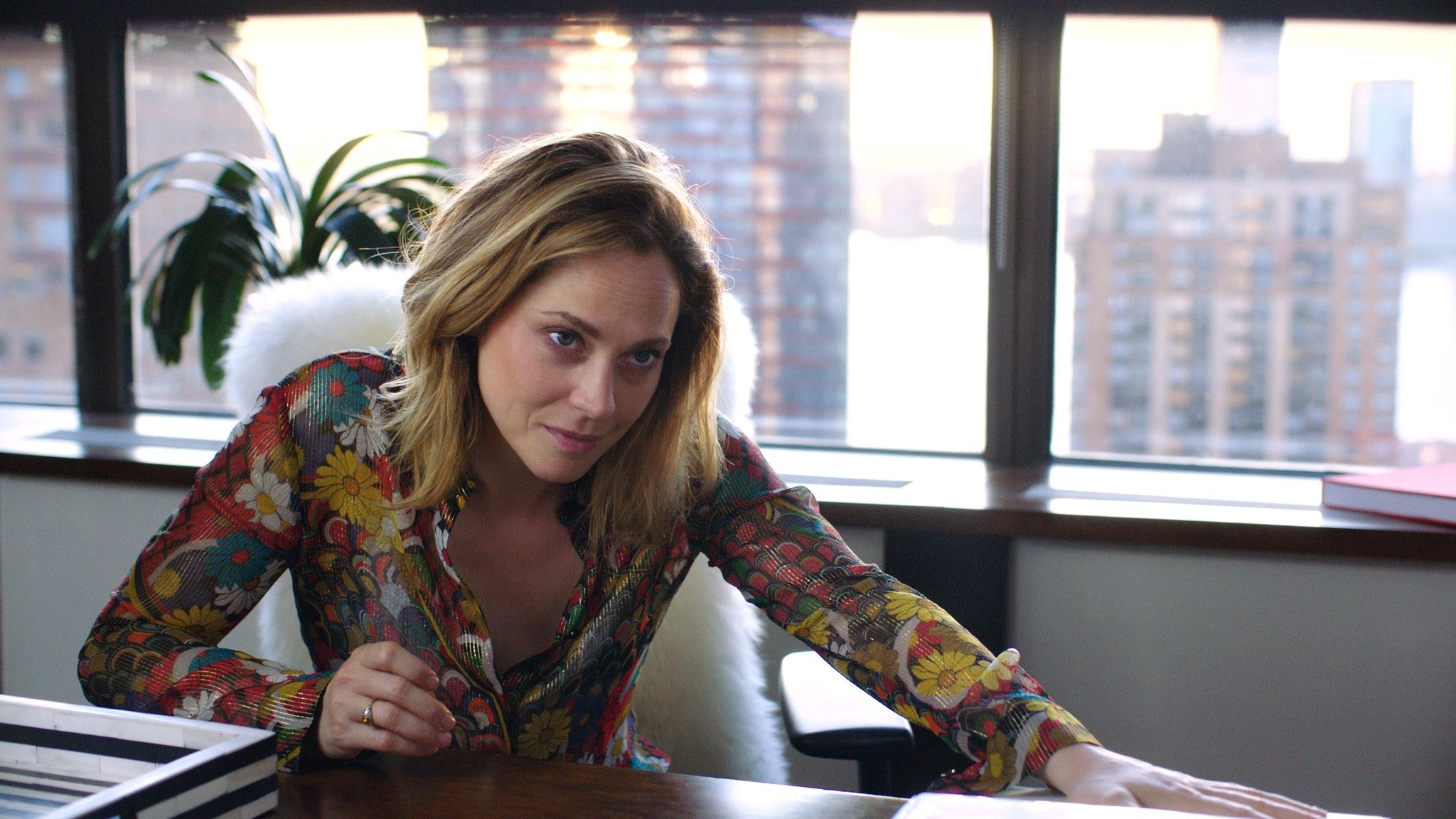 The rampant tokenism in the film is the most annoying, and there’s no simpler way to put it. We have one black character, one Asian character, one white, gay character, and one aged character starring in the main plot of the film. Not surprisingly, these characters belong to the group which Parker was a part of at the retreat. At other times, we are privy to insensitive, not-funny jokes like when Nina, played by Olivia Sui, says that all men are either gay or in relationships; if neither, they are dogs, or when Parker says in her speech that while everyone is busy figuring out who goes to which washroom, the American society was in crisis.

The queer character is also conveniently tagged as the “gay best friend” that Nina always wanted for herself. However, it is the conversations around drug abuse and sexual abuse that get maximum limelight and is dealt with flippantly. There is also a Sylvia Plath reference and some talk about confessional poetry but it all loses into thin air, like the cigarette smoke from Parker’s incessant smoking at a retreat where she has gone to cure herself of her addictions and mend her life.

Also, Read – Léa & I Netflix [2019] Review: Yearning For the Alternatives and a Better Life

If the film tried to establish any romantic attraction between Shuroo and Parker, it missed the point, except for one time when Nini hints at it. I only saw Shuroo trying to impose himself on Parker physically and on more than one occasion. We have drama and some forced comedy as part of the quirky retreat, but it just doesn’t feel right. At the end, the film desperately tries to join the dots that Parker had left behind herself in the city, or it just crosses its fingers and hopes that the dots will connect themselves magically in the audience’s heads.

The film makes an effort to talk about the real nature of these little vocational retreats. To that extent, it also draws out several plot points and introduces characters like Stormy, played by Lynn Mancinelli, and Seraphina, played by Taylor Bagley. These characters get a maximum of fifteen minutes of screen time and we barely know what to make of them except as human props to keep a sinking screenplay afloat. The flawed characterization also trickles into the sketches of the protagonists. In an effort to make their struggles relatable for the audience, the bunch at the retreat are drawn up with their fairs and flaws, albeit unequally balanced.

When Shuroo, played by Donal Brophy, first meets this diverse group at his retreat, he says that the word “shuroo” in Hindi refers to “beginnings” and that is why all of them were at the retreat – “to shuroo again”. He follows up the joke with a lighthearted jest stating if they were to become his devotees, they would have to learn to laugh at his jokes. The group does break into an awkward pool of laughter, and so does the audience. This awkward laughter ultimately turns into a quizzical expression by the end of the film, which, ironically, is a little confused about the path it must take to flesh out its ideas.

However, if you want to watch a comedy that does not make your heart feel heavy with the burdens of socio-political truths, this is your film! Despite the inconsistency, its trippy credit sequence and a well-timed background score sustain the comic spirit in the film. Premiering first at the Woodstock Film Festival, followed by a string of international premiers and wins, The Shuroo Process is finally ready to hit the theatres and VOD on 24th November.

The Estate [2021] Review: A dark comedy thriller that barely manages to survive its own motives