Twenty-year-old Yoko Yamanaka’s independent debut feature Amiko (2018) is as self-conscious and cool as its 16-year-old protagonist (played by Aira Sunohara). Amiko, the titular character’s emotionally detached facade and torrent of emotions flowing within could be easily related to the central characters of key American coming-of-age comedies like Rushmore (1998), Submarine (2010), etc.  But, this film from a girl who supposedly dropped out of school to make it, is artistically temperamental, lacks a narrative arc, and very very short. Running little over an hour, you could feel this is the kind of story, as Amiko would herself admit that we have already seen a lot of times. However, there’s this manic raw energy, authenticity, and enjoyable aimlessness that adds relentless charm to its nimble, inner-monologue of a narrative.  Moreover, despite the understandable technical shortcomings, director Yamanaka captures the agony and awkwardness of being a highly aware, disaffected teenager.

Unlike the complex emotions roiling inside the protagonist, the story-line is simple: Amiko has a huge crush on Aomi (Hiroto Oshita), a handsome guy and the school’s star soccer player. One winter evening, after school, they walk through the hilly forest to reach the city center. Aomi briefly borrows her earphone and correctly identifies the track she’s listening to as ‘Lotus Flower’ from Radiohead. She plays it cool, but deep down considers him a soulmate materialized to dispel the feelings of detachment. During their walk, they talk about the existential ennui of adulthood with a touch of arrogance and ‘know-it-all’ attitude. Amiko already has a best buddy named Kanako (Maiko Mineo), but their friendship is as complex and playful as female adolescent friendships are. With Aomi, she waits to reap more intense, ‘ah-so-pure’ emotions. Of course, he also acknowledges her smartness and straight-from-the-heart talk. Amiko pines for him for the rest of the school-year. Alas, after that poignant evening walk, Aomi doesn’t as much direct a glance in the direction of poor Amiko. What’s more, like all the other conforming adults, Aomi is dating sociable and school’s prettiest Instagram star Miyako (the perfect antithesis to Amiko’s principles) and has quit school to live with her in Tokyo. 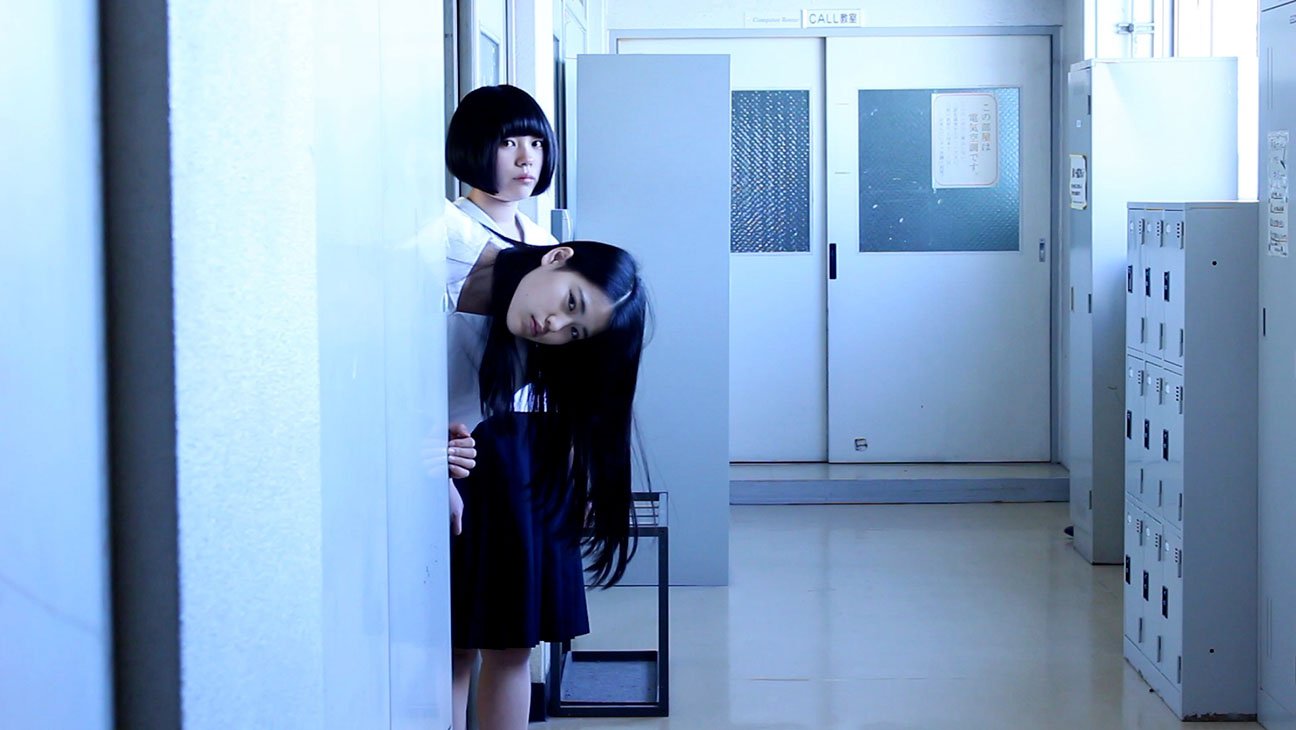 Yamanaka has shot most of the film herself and casted her friends in the small roles. Much of the narrative choice made might be due to technical constraints: for example, the absence of an adult characters (Amiko’s single-working-mother is totally absent, her presence is hinted at only one scene) or the desolate classroom and school corridors deprived of the teeming movements of students. But the young film-maker turns such low-brow qualities to her advantage as the placid atmosphere and exclusion of adults adds an extra-layer to the tumultuous emotions running beneath the surface.  In spite of the limitations, the director crafts interesting wide shots and invigorating hand-held close-ups (the ‘lemon-sucking’ & ‘spaghetti-slurping’ scenes are certainly unforgettable). While most of the first-half is scripted, the second-half is improvised, imparting more joy with the girl’s impulsive run through Tokyo city.

Despite the guerrilla-style hand-held film-making, there’s few well-done high-angled shots and tracking shots to capture the city’s rush from the point-of-view of an individual out of her depth. Yamanaka also charmingly uses array of color palettes to attune to the character’s unstable mood. There’s even a delightful song-and-dance sequence, questioning the Japanese people’s spontaneity to break into dance in the streets. Altogether, in the imagery I felt the relish of a director let loose for the first time with an unbridled freedom for film-making. Eventually, the film’s pivotal energy source is derived from the characterization of Amiko, played by lovable Sunohara. Similar to Greta Gerwig’s luminous presence in Frances Ha (2012), Sunohara’s explosive flow of emotions, captured by the entirely subjective camera gives viewers the straight access to adolescent blues sans sentimentality or self-deluded nostalgia. Yamanaka’s ‘Amiko’ also offers delicious turns of phrase; right from that sardonic song (“Let’s list the three embodiments of evil. The courthouse, the school, and the business corporation”) to censuring Aomi’s girlfriend as the ‘embodiment of mass culture’. Further adding to all this is a calm treatment of social-media-saturated teenhood, whose glowing timeline pictures escalates adolescent nervousness to a new high.

“AMIKO” WAS SCREENED AT THE 2018 FANTASIA INTERNATIONAL FILM FESTIVAL.
CLICK HERE FOR OUR COMPLETE FANTASIA COVERAGE.