Aditi Vasudev stars as Anita – the centerpiece of Sushma Khadepaun‘s disturbingly real short film about the fleeting idea of independence enjoyed by the women of the country. In a society that is built upon years and decades of patriarchy, it is obvious for someone new to consider that a woman who is now settled in a foreign land is free from the clutches of a male-dominant rule. Khadepaun’s ‘Anita‘ signals to an unsettling polar-opposite situation.

All set to premiere at the prestigious Venice International Film Festival under the Orizzontti section, the short builds upon the present-day gender debate. Set somewhere in Gujrat, the film follows Anita on her visit to her paternal home. The American settled couple arrives at the house on the eve of her sister’s wedding. There’s a buzz that Anita just might have some ‘good news’ to share. To clue in the uninitiated, ‘good news’ in Indian society is often referred to as the idea of motherhood when it comes to a woman. For a man, it can mean a new business venture or a possible raise in financial stature.

Similar to Anita Short Film – How “Thappad” Champions An Inclusive Screenplay of Empowerment, Exploration, and Realizations

*spoiler alert* We soon realize that Anita’s good news has nothing to do with a child. Her sister is actually disappointed when she tells her that she has a great job opportunity at hand. However, that’s not the main issue for her. All she feels she needs to do is let her family know and do things her way. She coaxes her partner Vikram (Mitra Gadhvi) to just support her when she breaks the news to the family. Vikram who is a gentle, understanding husband chooses to take her side. However, when questions like “Will she able to handle both the job and home cooking?” and “Are you facing some kind of financial trouble?” come up, Vikram changes sides. 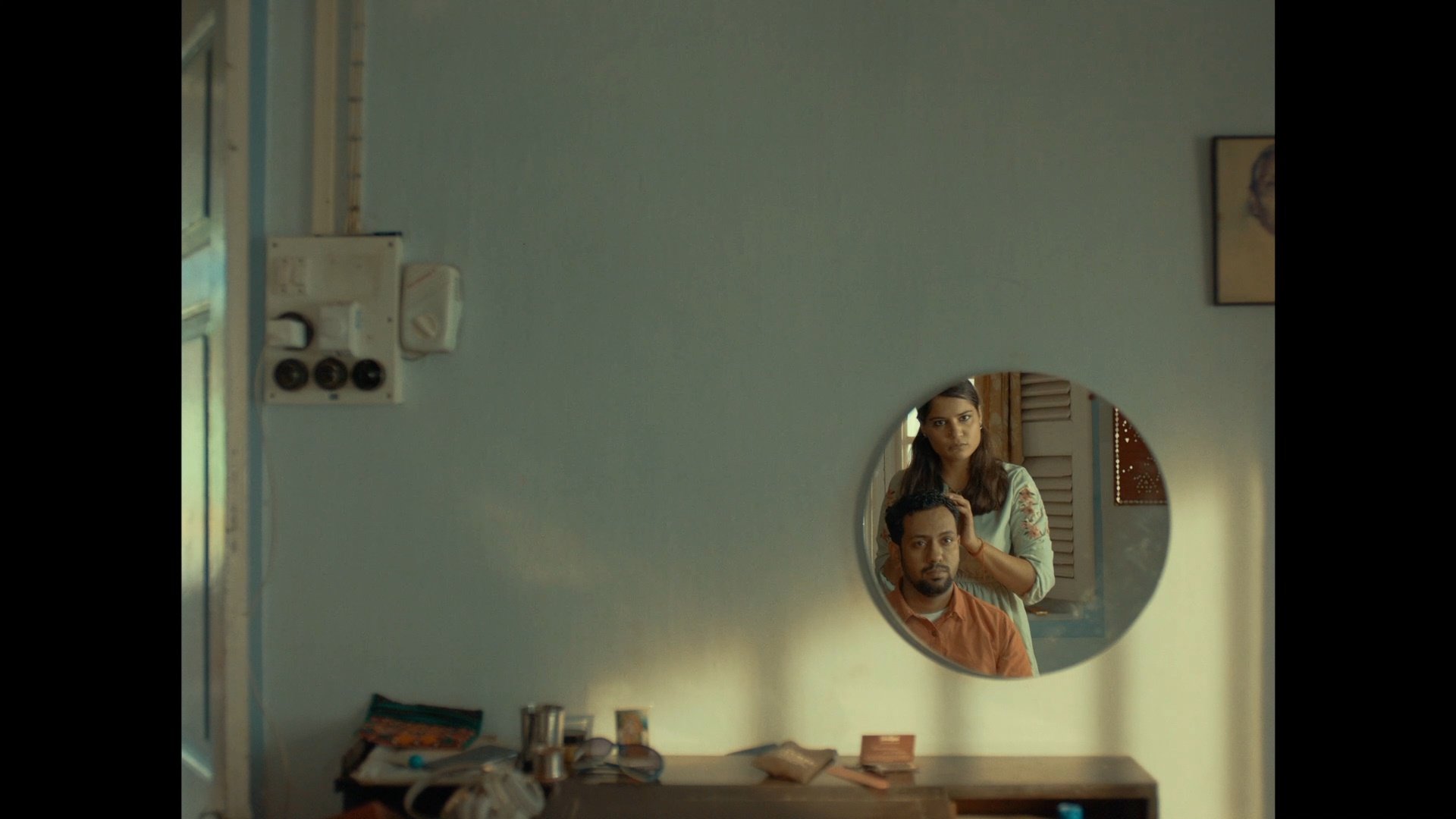 Further down, Vikram’s fragile male-ego is bruised and the short takes up an unexpected and drastically disturbing turn. In doing so, director Sushma Khadepaun – who basis her short on her own experience of moving to the U.S tries to uncover the myth that Indian women settled in a foreign land are untouched by its regressive patriarchial core. She subtly scratches the facade behind years of masculine control – both over a woman’s life and her own body. *spoilers end*

‘Anita’, in it, ‘s 17-minutes runtime also ruminates over the pressures of being a traditional Indian woman where she constantly crushes her desires due to societal expectations. The film is staged beautifully in a colorful Gujrati household. The opening and closing shots are carefully picked with the orange-yellow color of happiness serving as both a happy and fake outtake. Using the academy aspect ratio to shoot the interiors give the film a cutting edge. The real strength of Sushma Khadepaun’s short however, hinges on a 6-minutes-long single take that completely changes the way you look at everything. Suddenly, you are in Anita’s head and every emotion you feel is raw and well earned.

Aditi Vasudev is exceptional at the titular character. She is able to portray Anita as a strong woman trapped in a society that just wouldn’t let her be. Her vulnerability and disappointment with her closest believe-system and the shattering impact it has on her is orchestrated with a crystal-clear insight. The short comes with a simmering yet urgent message. One can feel that there’s more to Anita’s tale and Khadepaun plans to do this with her next project ‘Salt’ – a feature-length extension of ‘Anita.’ I hope this one has a successful turn at the film festivals and we get to see if Anita is ever able to break through the myth of independence.

Gujrati Short Film Anita will have its world premiere at the Venice Internation Film Festival on September 2, 2020.