Brahmastra Part One: Shiva (2022) Review: I had the opportunity to talk about Shamshera in one of my reviews last month. After watching Shamshera, I wondered if Ranbir Kapoor was ever a good actor. Ayan Mukherjee’s Brahmastra came with an answer, Ranbir Kapoor was never a good actor. Yes, he has performed well under certain circumstances through specific directorial interventions, but the incoherence in his craft within the scope of one film itself proves beyond a doubt that he doesn’t invoke performances from within. What he does is pretense. A set of mechanical gestures reserved one each for every situation. The evidence for my claim is found in a number of sequences where Ranbir starts reacting even before the event has occurred. But unfortunately, Brahmastra is one film where no actor is performing. Everyone is pretending. Pretending to be the characters Ayan Mukherjee wrote for them.

Brahmastra is the story of the chosen one, the boy who lived, Shiva. Shiva is a weapon in himself. He is one of the weapons from the Hindu myth, and the battle is between light and darkness. You earn no points for guessing that the dark forces wish to bring to life their dark lord who wishes to control the most powerful weapon in the universe, the film’s namesake, which would annihilate all life on Earth. Shiva’s faith is tied with the dark lord, and who else would save the world if not him? Well, the answer is love. Love will save the world.

The story of Brahmastra is a juvenile mashup of all the fictional stories in the world. It reminds me of the scripts rejected by kids fascinated by superhero fiction early in life. There is an utter lack of surprise element and originality in the film, which makes it an excruciating experience altogether. Now when the stories are inherently dull, we rely on the spectacle. We fall back to the idea of enjoying without putting our senses to effort. However, there is no spectacle in this superhero film except for one. This one spectacle occurs in the opening with the most essential cameo of the film. Somewhere I felt that Ayan Mukherjee was tired in the process of brainstorming and chose to settle for whatever came to his mind easily. The most credible example for this argument is the climax itself, which is shallow. Not enough thought is given to the progression of events in the screenplay. All characters are visibly acting to reach a terminal point, collide and render a conclusion to the first part of this aspired trilogy.

A not surprising but nevertheless enraging attribute of the film is the soft propagation of religious ignorance in the garb of faith. To the minds of Brahmins, Brahminism is naturalized, wherein being Brahmin in a liberal social order is mistaken for castelessness. From the top of the hierarchy, the ugliness of the bottom is perceived to be a class phenomenon quite cunningly. This allows Brahmins to escape responsibility, for the crises of class can be given sympathy without accountability. It is the only way in which the Savarnas can absolve themselves. To their reductionist mindsets, the most daring existence is that of a fatherless child without a surname. The importance of a surname is reinforced as being a natural identifier when it is actually not. Therefore, a surname-less Shiva wishes to adopt his spouse’s surname, and the spouse is predestined to be Isha Chatterjee. 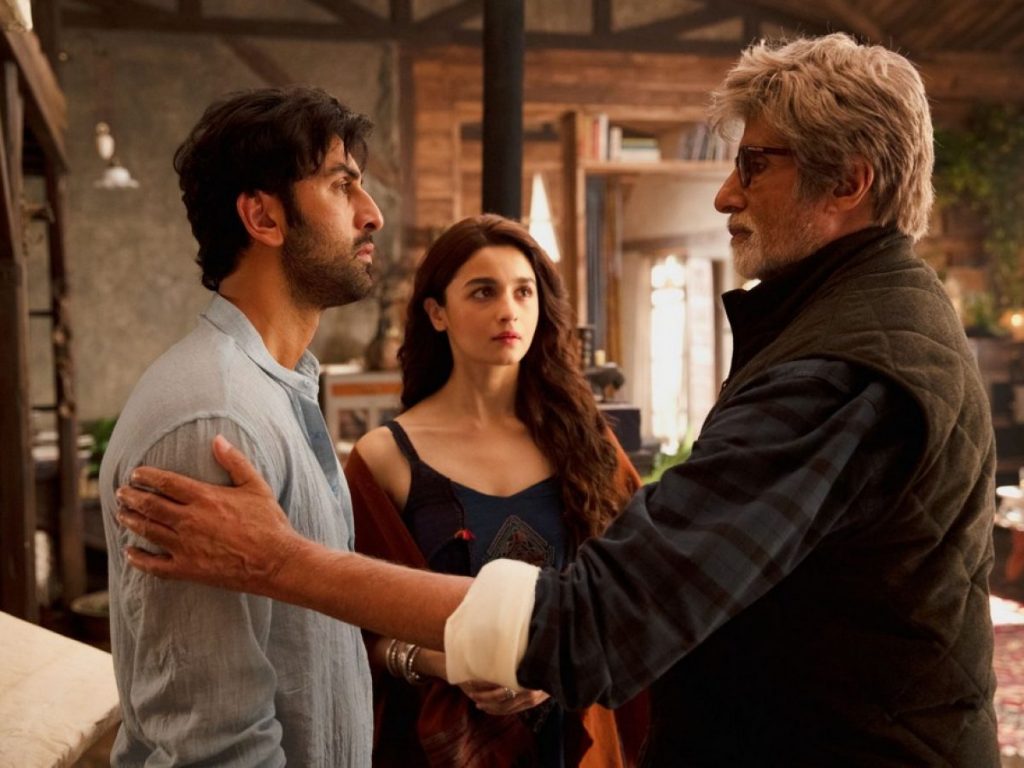 To a Brahmin’s mind, existence is casteless. Nevertheless, the same Brahmin mind cannot move beyond Savarna characters in regular settings (cue: Panchayat by TVF). There is a paradox of visibility when we scrutinize the social order of which Brahmastra is a part as well as a representation. In his article Caste and Castelessness, Satish Deshpande argues how the three historically upper caste groups redefined themselves to belong to the general category, thereby muting their caste identity in the social order without giving away the practices of caste assertion. At the same time, the marginalized caste groups were reduced to the status of supplicants who were to be given exceptions and concessions by this large majority of upper castes. And these marginalized caste groups were given umbrella terms as strict identifiers. In short, the upper castes convinced the world that they are in the majority, which explains their social visibility, whereas, in reality, they form less than 30% of the Indian population, and their visibility is not due to their overwhelming number but due to resource capture that they have consciously done using their social capital. You might wonder why this evocation is necessary for our understanding of Brahmastra.

But no matter how one argues, Brahmastra is not detached from our reality. It is not an escapist “for-fun” film like RRR, which itself is not above criticism. Ayan Mukherjee’s Brahmastra is a desperate attempt to mimic and thereby impress Rajamouli and, at the same time, establish oneself as the most significant mainstream filmmaker in Hindi language cinema. But unlike Rajamouli, who is sharp and farsighted, Ayan Mukherjee is simply ignorant and obnoxious as a director-writer. Brahmastra is an outcome of Brahminism that pretends to be the vibrant dharma of the subcontinent. This culture has an outward appearance of tolerance, but the overwhelming mass is invisibilized by a handful of Savarnas before and beyond the screen. This mass lacks representation, let alone agency. And when it is represented, it is represented as the villagers who are gullible to be roped into violence as tools of violence. This appearance has no virtue but one sole purpose: to uplift the hero’s liberal image by establishing him as someone naive to not know the political implications of his actions and ideas and is only driven by self-sacrificial love.

But even if I consider Brahmastra’s emphasis on love or its passive mention of class differences, can I claim that it gets both of them right to a certain degree? No. The film harps about love through some of the worst dialogues ever written in the history of cinema and propagates an expired, toxic idea of love that has no meaning in the contemporary era, even and especially for the underprivileged but except for privileged ignorant Brahmins who happen to love their caste existence and call it religion. It is perhaps a coincidence that I had watched Pa Ranjith’s angry but passionate take on contemporary traditions of love in his film Natchathiram Nagargiradhu a night before watching Brahmastra, which is Dharma Studio’s take on love and its tenets. This take has not only remained unevolved; it has become progressively worse to a point where Alia Bhatt’s Isha becomes angry at Shiva for not telling an unbelievable secret of his existence, not even after 24 hours of having met him. Then they vow to each other not to keep any secrets. Why does Isha fall in love with Shiva at all? Because Shiva is an orphan who has seen a lot and yet, has rivers of positivity flowing inside of him, and he never misses the birthdays of orphan children at the orphanage from where he graduated. Love can only be so magical.

Perhaps I digressed, or perhaps the film did by the third act. I sincerely doubt if the film even deserves to be in my thoughts. It is exhausting, enraging, and uneventful, ill-defined by terrible dialogues and performances. Yes, the fire is purple, and no, it is not due to pure combustion, as we studied in the 6th standard. The only good thing about this film is Kumkumala (Telugu), sung by Sid Sriram in his uniquely textured voice, managing to transcend you to a space where you actually feel love and yearn for your lover. But to experience that, you will have to watch the film’s Telugu dubbed version. But I would not recommend it as that would mean watching a closeup shot of Ranbir Kapoor singing Kesariya at a high frame rate but listening to Kumkumala at the same time, which might cause a sensory malfunction. Did I mention Ranbir Kapoor is a dull actor?

The Problematic Representation of Dalits in Bollywood
Shamshera (2022): An Outdated and Exhausting Film Without Salvation