County Lines Review: Let us get to the wee bit of criticism this film has got or could get, shall we? A gullible boy starts peddling drugs somewhere in the UK and gets what he deserved all along. This story has been told before, and using a child as your lead milks attention and sympathy. It is the adults’ fault and the world has wronged him! I might have agreed but I have an argument to make.

Let us now get to who is telling this tale? Henry Blake – someone who spent 11 years working with such youth, targeted to work for such schemes, groomed early, and caught early. So, let us get this straight: the child is never wrong! It does not matter where they live, or which class they are from, or who their parents or families are. Hell, it doesn’t even matter what their parents or families believe or do all children have these rights.

“Any person under the age of 18” is how simply the UN describes a child. The Convention on the Rights of the Child which under ‘Protection from Harmful Drugs’ adds that “governments must protect children from taking, making, carrying, or selling harmful drugs.” I think Blake was a part of this government aid. 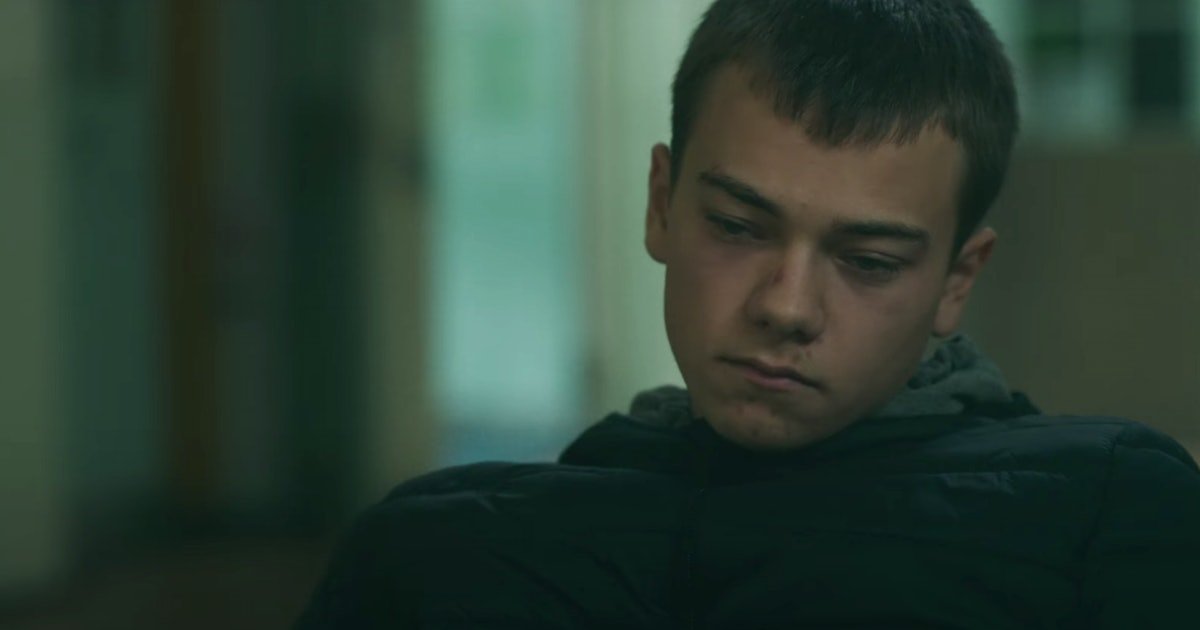 Coming to the plot that you all might be familiar with, the film opens with Tyler (Conrad Khan) and his beeping phone. A social worker is speaking to him with lines that are surely worth quoting, and then the title card appears. Six months earlier, he was in school. Had his lunch, finished his day, and went out to get some chips in the night. A gang of three attack him, and guess who saves him? Harris Dickinson in a beanie!

The next morning, he and his sister Aliyah (Tabitha Milne-Prince) get ready for school as their mum Toni (Ashley Madekwe) returns back from her job in a hotel. Tyler drops his sister but skips class and ends up getting in a fight. Tyler sees Dickinson (playing Simon) and kicks a child’s genitals the next day. As the child crumbles, Simon phones someone. Tyler ignores the incident, clearly, as he lets Simon, sans beanie, pick him up in his fancy car the next morning.

Simon buys Tyler shoes and a meal. I do not know if I have to trademark that but then it only escalates into buying him more stuff. And that is all it takes. That is how it all begins. A card with an address outside the city; county lines!

Madekwe deserves some of the nods she got for playing Toni. She falls asleep one night as she is vacuuming a hotel room. The guests enter and she exits for good. This happens just before Tyler’s on the train traveling across the city. We are given a glimpse of her past with the exchange she has with one of the school’s authority figures. When she is summoned the day Tyler got involved in a fight, we are told that Toni apparently set the school on fire as a child.

She has sex later that night and is unafraid of being her own person in front of her two children. She has her life; they have theirs. What stood out for me, I suppose, are not any of these aspects, but the ones in which she becomes a victim of Tyler’s and sobs. Madekwe earned a BAFTA nomination for supporting actress earlier this year. 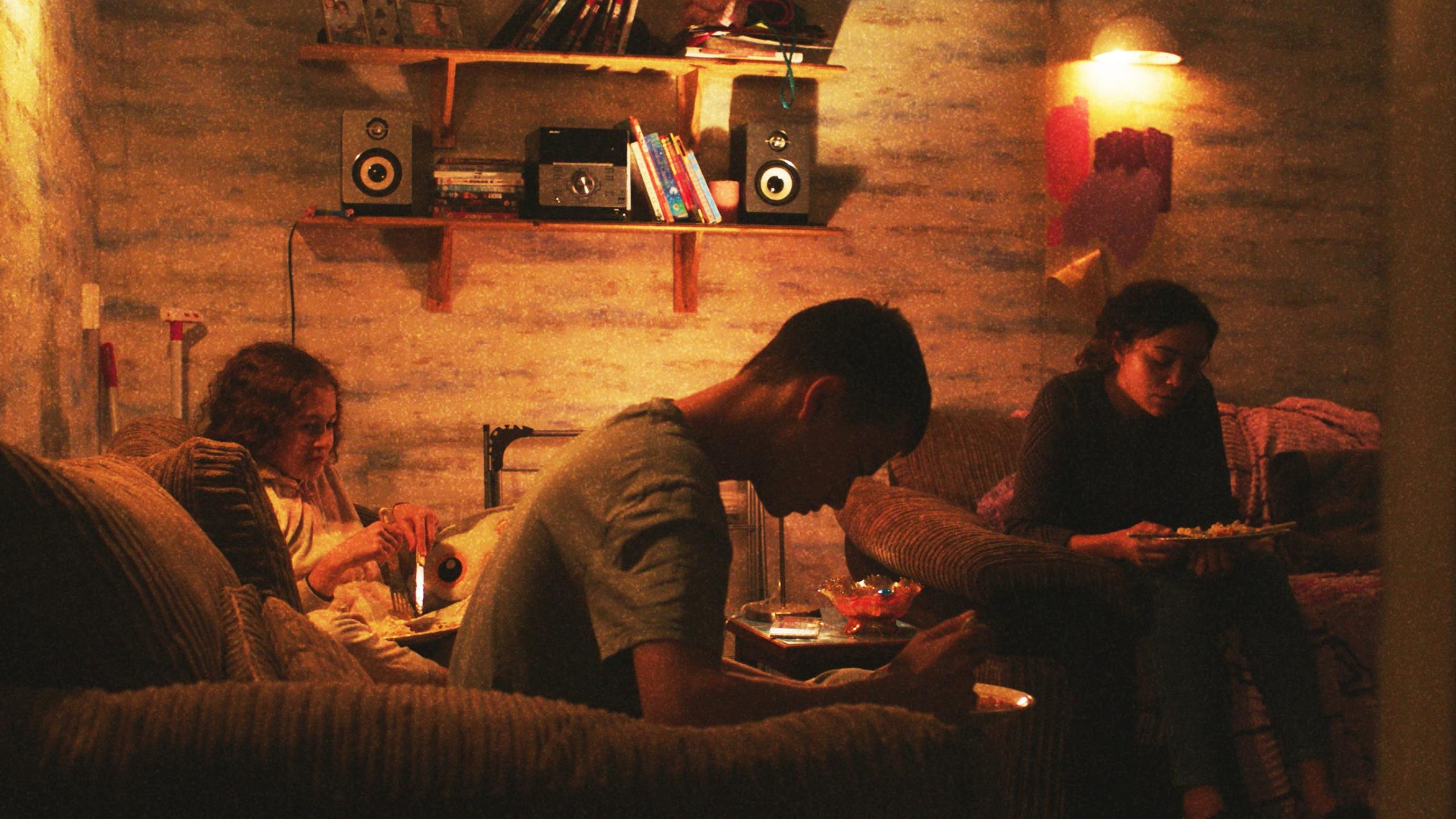 The film, nonetheless, is entirely Conrad Khan’s if you ask me. The 18-year-old actor plays a 14-year-old so convincingly that his eyes flickering on the train in anticipation of what is to come is something to behold. The town Tyler is sent to is filled with people craving crack, cocaine, and heroin; and Tyler supplies it to them. Khan plays the introverted Tyler who gets hit by reality in ways that I had not seen in film for a long time. Raised by a single mum and only being able to afford chips, Tyler’s desire to want more is understandable. He is a child; an adolescent if you must! He wants to be “the man of the house” and provide for his family. The only time he has perhaps smiled in the entire film is when he got those new shoes.

Sverre Sørdal’s cinematography and James Pickering’s score are as intense as Khan’s performance and Blake’s writing. There are a few stunning visual effects supervised by Stuart Putcher and stunts coordinated by Rob Lock. Paco Sweetman’s editing lets the film tell its story in the increasingly common 90-minute runtime.

There was a smattering of British films that came out in the period of 2019-20 that demanded attention. ‘Calm with Horses,’ ‘Lynn + Lucy,’ ‘Perfect 10,’ and ‘Rocks’ are, at least, four other examples. While the latter got its much-deserved felicitation at the British Independent Film Awards, the others went amiss. All five films, including this, make use of the Andrea Arnold or Ken Loach realism technique. They put working-class characters, who are often on the brink of povertyat the center of their films.

Grim visuals, brutal imagery, and stark violence soon take over the film. Blake’s understanding and information of how this works only make it difficult to swallow or digest these scenes. Blake’s passion for filmmaking aside, it was neither his experience nor his knowledge that impressed me but something that poured out from each frame in this film. And I think and know what he has inside him all along: a mountain of empathy!

The Anatomy of David Lynch