Diary of a Spy (2022) Review – A clumsy cornucopia of clichés

Diary of Spy (2022) Review: A washed-up CIA agent, having just arrived from an assignment where her entire team was killed, laments the impact of her job on her life. After spending 20 years in covert operations, she’s more or less broke and severely distressed. She is desperately in need of redemption, regardless of how poor her performance in the past has been. Her latest assignment then turns out to be as bottom-of-the-barrel as is possible – to become the girlfriend of a valuable target’s close associate. The valuable target, Leila, is a member of the Saudi royal family, a half-sister of Mohammed bin Salman while the associate is her tutor, Camden. The fake romance between Anna, our protagonist, and Camden, soon turns into a real one as Anna is faced with a serious moral dilemma. On the other hand, Camden turns out to be a spy himself.

If this plot sounds all too familiar, then your imagination needn’t stretch itself too far to think of it as being otherwise. Much like the name of the film, ‘Diary of a Spy’, the plot is such a series of genre clichés that it should really be a satire or just a corny and self-aware Funtime for genre enthusiasts. Sadly, that is inconceivable given that it is a dreadfully humorless and dour film. Generally, when a film states that it’s based on real events, it’s meant to withhold suspension of disbelief, notwithstanding how astonishing it gets. On that front, ‘Diary of a Spy’ surely does succeed for if it is based on real events, it’s plain incredible to find out that such incidents, generally limited to the most hackneyed spy films, actually unfolded in real life.

Related to Diary of a Spy – The Summoned (2022) Review: A Cold Gimmicky Horror Full of Ideas but Short on Execution

Anna’s voiceover, which pops up sporadically, is meant to make us understand how dehumanizing her work is. It isn’t exactly bad and compared to some other lines throughout the film, it is somewhat competently written except that she doesn’t sound as cynically exhausted as she does sound like someone who enjoys noir films, trying to extemporaneously come up with a monologue. Initially, she does appear like someone who is done with the world but has to still interact with it out of desperation but before long, the prolonging of the same expression makes her come across as disinterested in the film altogether. On the other hand, the dialogue ranges from moderately passable to plain poor. In a scene with her handler, James, played by the wonderful Fred Melamed (Sy Ableman in ‘A Serious Man’), the dialogue is such that it would be embarrassing in anything except for a first draft. He states how she shouldn’t pretend like she became a spy for any reason other than to continue being ‘an unfettered narcissist’. Such attempts at trying to sound smart are sprinkled throughout and are never effective. 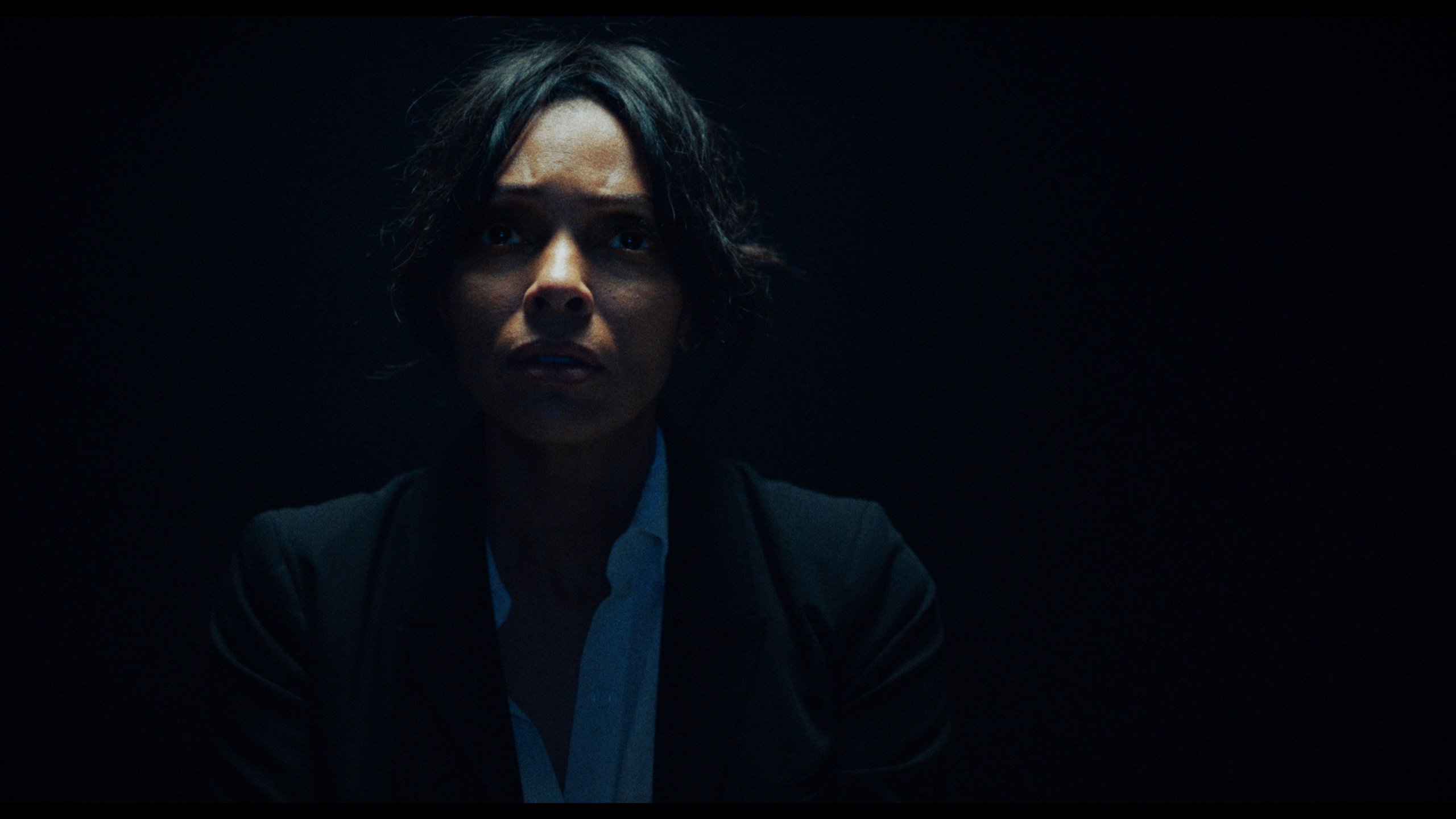 It is a known fact that the process of building trust in any spy or crime film dealing with an undercover agent takes anywhere between months and years. Here, it doesn’t even seem like a week. Keeping aside the ill-conceived love story that eventually drives this rickety vehicle off the cliff, there’s a bizarre urgency that is shoehorned into the story. Anna’s mission is a fairly lax one, dealing with a girl who is to remain on US soil for the foreseeable future. She, therefore, has no need to proceed with her actions with such swiftness as the plot makes her do. The impatience of the writing becomes that much more prominent owing to this. The love story itself develops even more quickly than how jarringly it begins and the choices can be seen coming from a light-year away. This is without mentioning that the romance is hardly believable where the awkwardness between Anna and Camden, which is probably deliberate, doesn’t hide how incompatible and gawky their dynamic is.

‘Diary of a Spy’ also has a peculiar visual style. A lot of scenes are just drenched in an incomprehensible darkness, even scenes during the day, in bright sunlight. To make this worse, bright sources of light, like bulbs, frequently appear on screen with their blinding glare and then seem to stay for an eternity. The cameras used in its making are obviously not equipped to deal with high dynamic range and so the film’s constant attempts at setting scenes with a heavy contrast of lighting in the foreground and background bring it out time and again. The ambient music is a complete misfit which is why for the stretch of Anna’s first few days with Camden, the film positively loses its sense of direction, starting to seem like a clunky romantic drama more than a spy film. This music, combined with the lighting often gives the movie a feeling of a low-budget indie music video, especially during the club scenes and whenever Anna and Camden are alone together.

Also, Read – By Night’s End [2022] Review – A timid and often silly home-invasion movie bodged down by lack of tension

It isn’t that ‘Diary of a Spy’ is an unwatchable mess. It’s just a film that doesn’t have a clear identity on any front – be it as a whole that combines a love story with an espionage story or even during the individual scenes dealing with either. A serviceable story, even steeped in clichés, can work wonders if it has likable or interesting characters and certainty about its style. These fundamental absences are where the film loses complete control over itself to be even mildly entertaining or engaging. There is a fairly interesting bit of trivia in it about the word ‘serendipity’ and how it isn’t exclusive to the English language. Sadly, that and Easter eggs about Jamal Khashoggi, this real-life story’s only claim to contemporary relevance, doesn’t amount to something worth spending 100 minutes on.

Diary of a Spy (2022) Review – A clumsy cornucopia of clichés