After receiving the Best Foreign Language Film award for his trans-drama ‘A Fantastic Woman’, Sebastian Lelio is back with ‘Disobedience’ – the last entry in his Trilogy Of Woman. Set in an orthodox Jewish community, the film is a complex tale of forbidden love. And like every great film, it’s complexity leaps forward with a subtle investigation of patriarchy, the ever disarming human faith and the will to free oneself from shackles that aren’t even visible to the naked eye.

The film is set around Ronit (Rachel Weisz) a middle-aged woman photographer living in New York. Her work involves clicking old people in their weary years. Before we get involved in her life, she receives a message that her estranged rabbi-father has died. Her disoriented grief and reluctance also tell us that it is tough for her to go back to the Jewish community that she has voluntarily left.  Her reasons seem true when we delve into the life of the community where a woman and a man aren’t even allowed to hug each other even if they have been childhood friends. The other little glitch in her story is Esti (Rachel McAdams). Her young fling who eventually lead Ronit to flee the ways of the community. Esti is now married to Dovid (Alessandro Nivola) who has been a religious follower and faithful descendant of the now deceased Rabbi. So much so that Ronit wasn’t even considered as a successor of the patriarch. However, an air of repression washes across Esti’s face. Her marriage seems to walk on a thin thread of constant alienation and sudden despair which is only ignited by Ronit’s return. The dilemmas that follow formulate the real conflicts of the story that hinges across the likes of female-repression, grief, tragedy, faith, and freedom.

In ‘A Fantastic Woman‘ Sebastian Lelio dealt with the life of a transgender woman trying really hard to live her truth. With Disobedience, he does much of the same but in a quietly agonizing and joyful fashion. The two woman in the film have accepted their repression, but its still seeping inside them – More so in Esti than in Ronit. While Ronit moved out of the community that questioned her expression of love, Esti who is quieter of the two couldn’t. However, the repression can be seen with Leilo’s small, well-articulated gestures like – removing a wig.

With a heavy-handed approach Disobedience, which doesn’t have one but three characters at its center, could have come off as incomplete and fraught. But Lelio’s approach is quieter, gentler and only distressing when it absolutely needs to be. While it is most definitely a lesbian drama about forbidden love, it doesn’t step back from juggling with complex themes like – death, faith, humanity, empathy, spirituality and instinctive free-will. But the film really soars high when Lelio’s drives in his camera into the two woman as their emotions blast into long drawn out compassion and sexual tension. While he has had kept these characters at arm’s length the walls of oppression and discomfort take away a back seat. 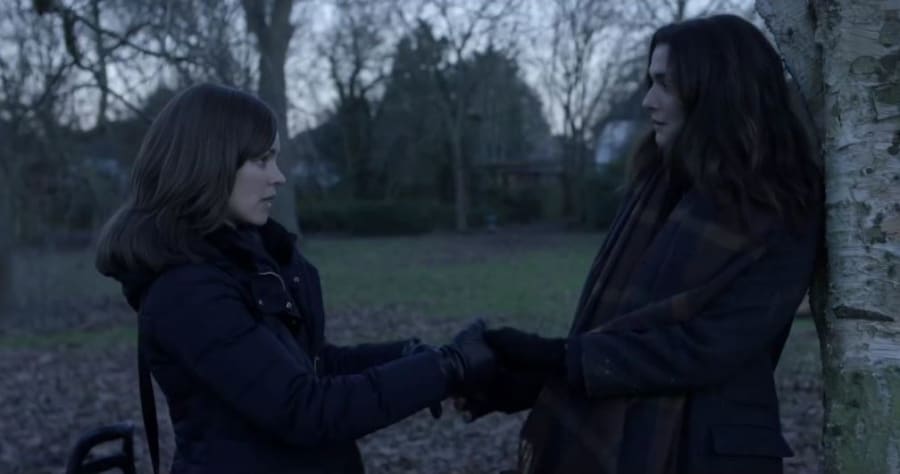 Lelio’s film is held together by a hidden emotion of trying to connect with a person. It is also held together by an uncommon truth that would free the three characters but is constantly holding them back. The conflicts in the drama feel organic and the tragedy and emotional drainage feel completely real. The reason behind the realism is also the three fantastic performance that fills up the screen. In a layered look at an independent-woman still caught up in a little bit of past, Rachel Weisz is phenomenal. Her little authoritarian turn towards Esti shows why the love between them is so igniting yet sad at the same time. If you are someone who felt that Rachel McAdams’s character isn’t exposed much to us, then you are right in your own accord. Her character is a thunderball of oppression through and through. Even the outburst at the end doesn’t really feel like one which makes her believable. Also, the film wouldn’t have been the same without Alessandro Nivola brilliant performance who is caught at a crossroad of “Why he isn’t right?” and “What wrong has he done?”

Disobedience is a complex drama about people who are tired of not being able to live their truths. It’s a compelling, real and occasionally sentimental look into the life of oppression which is beautifully orchestrated by a sensual lesbian love story. Watch it for its realism and not because Rachel Weisz spits into Rachel McAdams mouth as an act of reunited sensuality.

Revenge [2017]: A Roaring Rampage of Retribution