As far as period dramas are concerned, getting the setting right is not a problem. For a film set in the 1800s, “Effigy: Poison and the City” gets that part perfect. Also, to really enhance the aesthetics of the entire project, director Udo Flohr mostly shoots in daylight – opting for the BBC costume drama look rather than the grim, grainy one seen in most films set in that era. While this gives the modest-budgeted German historical thriller an extra edge, his inability to really engage in the supposed central plot of a serial killer really gets one out of it. Making the film feel like just another costume showcase and nothing else.

Following the real-life story that took place in the 1828 German port city of Bremen, the film rightfully opens with Margarethe Gottfried (Suzan Anbeh). She is a single woman who has dedicated most of her life to taking care of the little community of people that live around her. She is eager to help anyone and everyone, which is only a perfect camouflage for her serial-killer sensibilities. In actuality, she is single-handedly responsible for the death of at least 15 people – including her small children, her parents, and her spouse.

Related to Effigy: Poison and the City – Psycho [2020] Review – A Very Problematic and Insipid Take on the Serial-Killer Narrative

When the authority actually stumbles onto the reason behind these deaths – a slight variation and addition of arsenic to the then infamous ‘mouse butter,’ Margarethe Gottfried is called into Senator Droste’s (Christoph Gottschalch) office – not as a suspect but as a possible victim. Also in the mix is the narrator of the tale Cato Böhmer (Elisa Thiemann) – an intelligent, young woman who is assigned the law clerk post at the newly appointed Senator’s office. What follows is the age-old forensic investigation that tries to bring out the person responsible for the gruesome murders in a pre-technologically advanced era.

Coming to the film, what works here is director Udo Flohr’s keenness to not put the police investigation as the central plot. While that would have obviously been the more interesting narrative arc, he introduces the culprit to the audience from the get-go. His interest lies more on the masking of the said case so that the men-led socio-political change – including the introduction of a rail-road can take place. 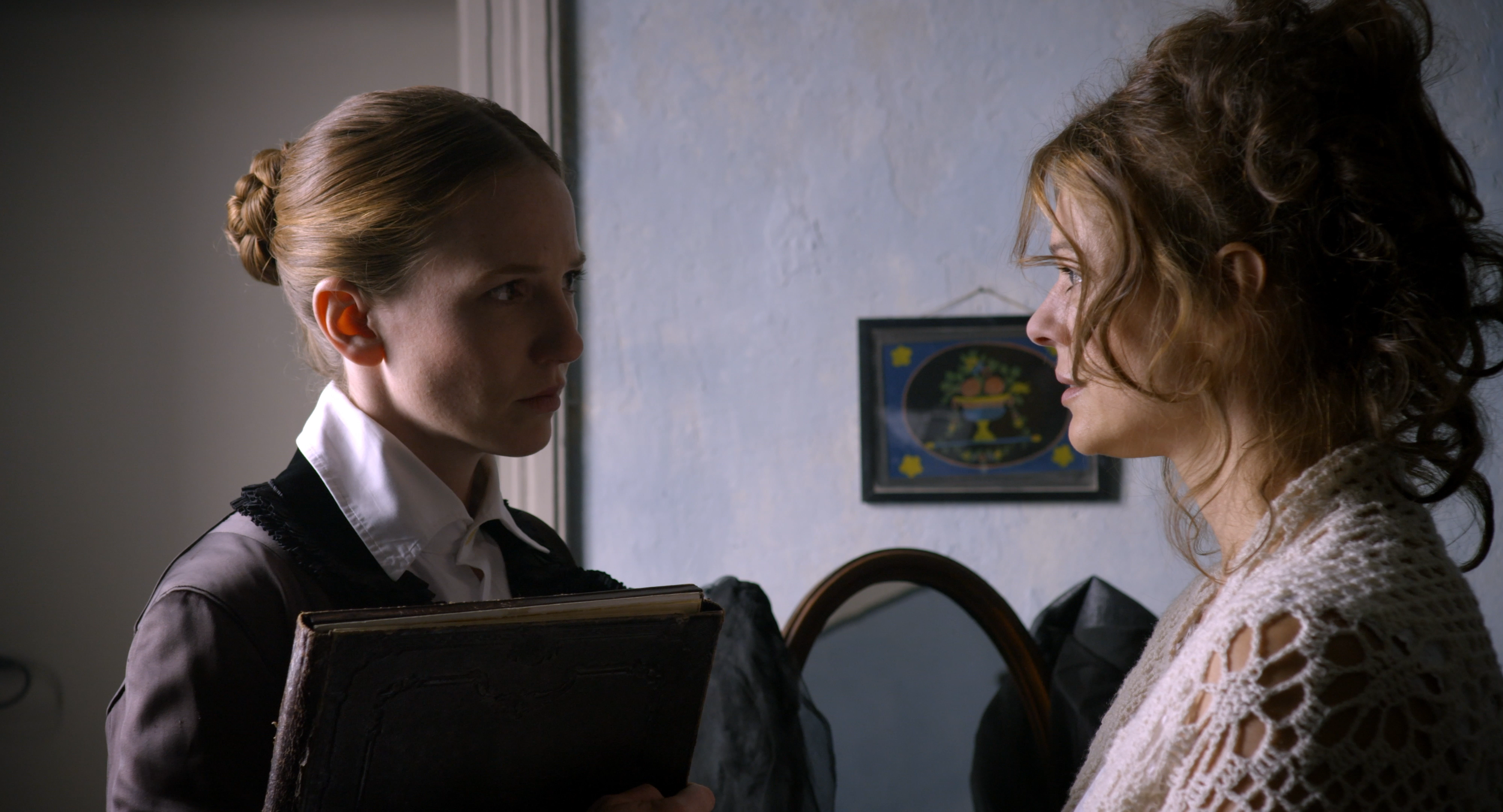 The film is thus drenched in the milieus of a time when women had to really struggle to keep their name up on the cards. By putting his lens against the two women at the center of the tale, Flohr somehow undercuts the serial-killer plot to investigate the struggle of being exceptional in an era where no one really cared. Flohr shows the casual sexism that the to-be lawyer had to face while she works on the case and how the serial killer in Gottfried is so often ignored because women were only identified for their generosity and/or their seductiveness.

“Effigy: Poison and the City” overshadows conventional plot structure but never feels the least bit inviting. The bland screenplay takes a simplistic cue from the material at hand to present a progression that is in dire need of a rewrite. Both Suzan Anbeh & Elisa Thiemann are up to the task but their character is so vaguely written that you don’t end up being interested in either of them.

Most of the film’s failure lies in just how it never really shows the promised collision between the two women at its center. In a way, it doesn’t effectively utilize its serial-killer vibes, or it’s politically challenged narrative to brings out anything that seems the least bit peculiar. The use of English narration over a German one was a deliberate choice but when the film is so blissfully unaware of its satirical undertones, you wonder if that was done just to get more viewers interested rather than a conscious effort at commentary. Alas!