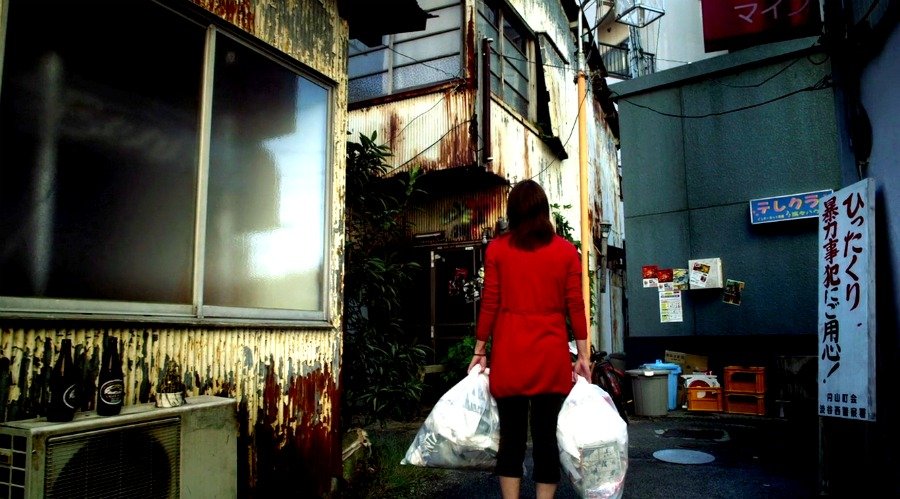 Cult film-maker, Sion Sono, known for his perverted and subversive take on the sexual milieu, shows an obsession as a film-maker with such a child-like honesty that it is impossible not to love his films. Not a believer of subtlety, he deconstructs the very basic narrative style to mash-up the influences and homage, in a way, that is provocative but compelling. But, with Guilty of Romance, Sono takes the road less traveled and makes a film having well-rounded characters and definable narrative structure. And, on boy! he paints the film with such panache, that at times, you think if it is really Sion Sono?

Guilty of Romance is a disturbing tale of three middle-aged women looking for liberation from their self-created demented life, without anticipating the consequences, and descending deep into the guilt, that separates soul and flesh. That separates insatiable love and tradeable desires. That look for more than what love can offer, as Nietzsche’s Zarathustra says, “Great loves do not want love – they want more” and desire can accommodate.

The film is layered; it compels to dig deep behind the facade of sex and mystery, only if you surrender to Sono’s spell. Coupled with a sly score and every scene shimmering with bright pink colors and speculative dark shadows, creep under your skin, infiltrates your mind and doesn’t let go.

Stitched to her lifeless marriage to a popular romantic novelist, Izumi (Megumi Kagurazaka) stifling confidence, non-existent romance drives her on an intense journey of liberation through sexual exploration, that does more damage to her soul and consciousness than she imagined.

Izumi is a shy housewife who is immensely in love with her husband, Yukio(played in a restrained manner by Kanji Tsuda). Her world is around him only. She waits for his return, every evening, with bated breath. Her life is monotonous, but her beautiful smile expresses hope she wears like an awaited prize. She is passionately in love which unforgivably lacks any kind of intimacy and romance from her husband. But for her, or any soul, love is always insatiable, a sort of void. The void that drives a soul to trade with the flesh, that triggers an insurmountable desire where consciousness loses its hold, and clarity goes for a toss and you stand still like a dead body trembling in a cold on a foggy dawn.

Such thought of chain pushes Izumi, reluctantly, to step out of her bland life in search of distractions and gets fabricated in her own complex web of choices that are more impulsive and intensely regressive. Sexual exploration that started softly from pornography, casual sex, gets aggravated and transforms into street prostitution.

Izumi’s journey is set against the backdrop of a bizarre criminal investigation of a woman who is mutilated, head and limbs are chopped, clitoris removed, and creatively re-arranged with a partly mannequin. The female investigator – Kazuko (Miki Mizuno), the third female character in the arc, cements a gaping hole between two extremes formed by Izumi – a symbol of the profound love and Mitsuko – an astute symbolism for desire.

Kazuko is fighting her own battle, cleaved between choices. The choice to surrender completely to her gushing desire for flesh and find her own castle or dwell in a mundane life, but the content one, filled with love. The way Kazuko’s character interpret Kafka’s ‘The Castle’ story about a man hopelessly trying to find the castle in a strange town is that Kazuko, like every breathing soul, is searching for something. Searching for a castle. What it holds is another aspect of it. But search is never ending. What makes this film even more dispiriting is the fact that Sono provides no redemption in the end. Guilty of Romance is a film of despondence.