Alice Rohrwacher is somehow preoccupied with the timelessness of the clash between two disparate worlds; one old and the other new. Similar to ‘Lazzaro’, the film-makers’ previous Cannes Grand Prix winning feature, The Wonders (2012) was also a leisurely-paced drama suffused with bucolic intimacy. But what makes Happy as Lazzaro a shining dream-like spectacle is the way it comments on the timelessness of certain things (old vs new, exploitation of poor, domineering of the powerful, etc) by literally playing with the concept of time.

Alice Rohrwacher kind of deliberately frustrates us with the way she sets up her characters and their atmosphere. She opens the film in the dark, rustic space of a dilapidated house, lit only by a single bulb, and occupied by generations of people dressed in dirty clothes.

It might be the distant past, but the presence of early cellular phones, Walkman, and baseball caps give us a rough estimate of the era. However, instead of worrying over the period the tale is set, we can sense the timelessness of the themes presented. The group of slovenly, listless inhabitants of the village Inviolata are an extended family of sharecroppers, kept under the care of crafty tobacco plantation overlord Marchesa ­Alfonsina de Luna (Nicoletta Braschi).

The poor, antiquated labourers, wholly disconnected from modern Italy, don’t know that sharecropping has been outlawed. Living amidst the fatigued, debt-ridden peasants is Lazzaro (Adriano Tardiolo), a sweet and generous boy otherwise perceived as a holy fool. Always affixed with a delightful look, Lazzaro’s workmanship and perseverance evoke both appreciation and ridicule. 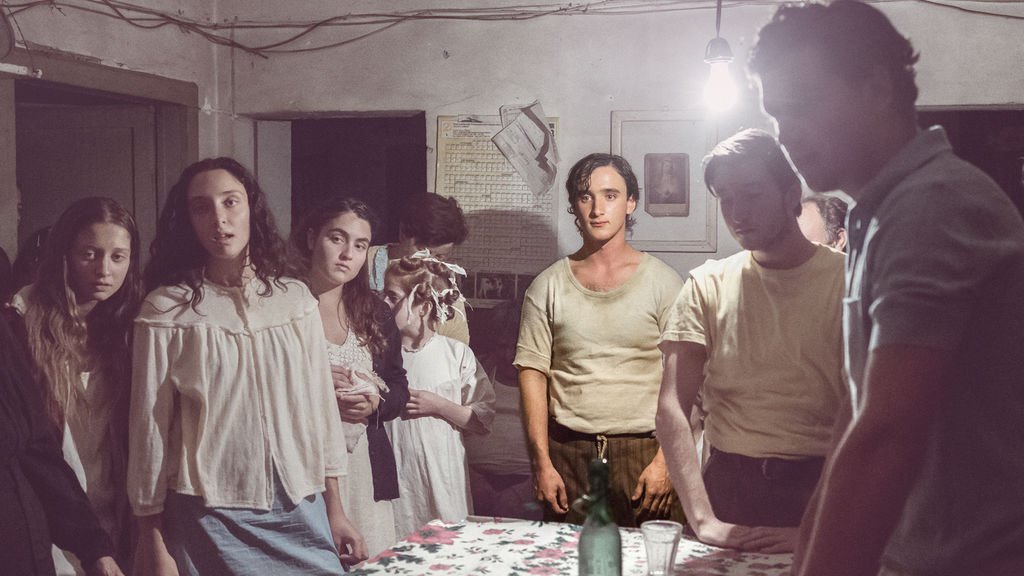 One night Lazzaro is left out to guard the chickens from the pack of wolves. Another night, he is afflicted with severe fever and there’s no bed available for him in the cramped quarters to sleep. Not that Lazzaro minds all the frowns and derisions heaped upon him. The beatific smile never vanishes from his face.

Maybe this ageless purity and angelical quality of Lazzaro could have seemed silly in the hands of a wrong film-maker or with an unsuitable choice of actor. But Rohrwacher and Tardiolo make this immanent young guy not just some of the narrative’s symbolic values. There’s recognizable and strongly rooted humaneness that gleams through the central character’s candid, heartwarming gaze. Among the peasants, a young single mother named Antonia (Agnese Graziani/Alba Rohrwacher) shows some concern for Lazzaro.

Soon, Alfonsina arrives at the property with her young rebellious son Tancredi (Luca Chikovani), who vocally censures his family’s corrupted ways. Tancredi also takes a liking to Lazzaro, maybe like a pet, and hails him as his ‘half-brother’ (Tancredi considers it a possibility due to his father’s womanizing manners).

He also cooks-up a silly kidnapping scheme, coercing Lazzaro to go along in order to extract some money out of his tenacious mother. At this point, we can sense the impending tragedy in this acquaintance between a callow rich boy and saintlike peasant boy. But as we wait for the familiar commentary on the class divide, Rohrwacher employs a confounding temporal shift and the narrative suddenly moves from the sprawling countryside to dingy urban sprawl.

In these modern surroundings, Lazzaro and the peasants might have disentangled themselves from the Marchesa family, but only to have been caught in the larger cycle of poverty and societal oppression. And the wolf that threatened to devour the hens at Inviolata also makes its appearance in the city, although they are more of a symbolic force denoting the status quo maintained by the powerful through ruthless practices of capitalism.

Adorned with cinematographer Helene Louvart’s gorgeous visuals and Tardiolo’s cherubic cluelessness, I had easily fallen under the spell of this charming fable, even though it takes some time to attune to its dizzying shifts. For the most part, categorizing Happy as Lazzaro would be a confounding task. In fact, this might be one of the most divisive films of the year, whose elusive magical qualities might provoke varying responses.

Writer/director Rohrwacher has seamlessly stitched the elements of social realism and magical realism. She observes the dubious and deeply corrupted nature of Inviolata and the not-so-contrasting shoddiness of the metropolis, but the social backdrop is perpetually tinged with Fellini-esque visuals. For example, in one mesmerizingly edited scene, we see Lazzaro seeing his old friends as they were and as they are. 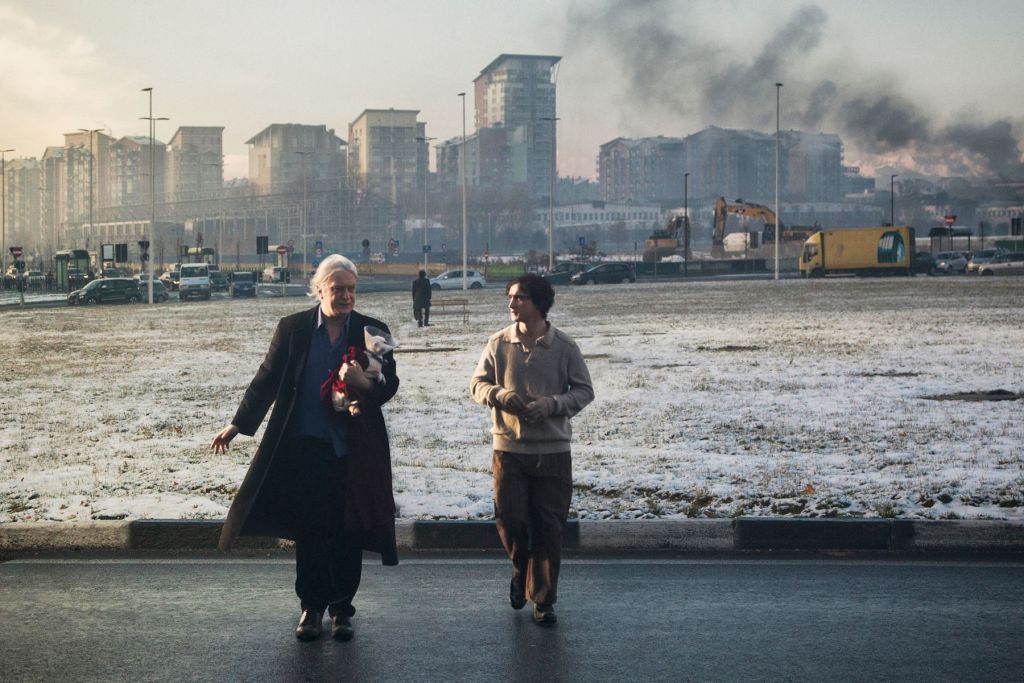 Rohrwacher’s primary aim isn’t to focus on the unjust practices of sharecropping or to indict the inequalities in modern Italy. She rather uses a simplistic figure to create a dazzlingly complex portrait of a society, where the concept of evil and badness is ambiguous and forever changing. The swindled swindles and the exploiters become victims. All this happens while Lazzaro’s kind face remains as the narrative’s soothing frontispiece, presenting the unreality of being a selfless and good individual in a society blighted with social injustice and exploitation.

The titular character could be a guardian angel, a ghost, or as Tancredi says ‘a good luck charm’, but he could be seen as an unwitting witness to the timelessness of human race’s deceptive behaviours. The tragedies are the same and never-ending, whether it unfolds in the quaint countryside or in sleek urban quarters. Thankfully, the social message doesn’t come across as rhetorical or deeply pessimistic because we watch it under the lighthearted gaze of a childlike personality.

Happy as Lazzaro (128 minutes) intriguingly serves its social critique through a dreamy slice of magical realism. It’s definitely one of the genuinely fresh and idiosyncratic movies of the year.

Watch Happy As Lazzaro on Netflix