For a film that opens with our leading lady making an offering at a shrine desiccated to Our Lady of Guadalupe, praying for a child, Huesera doesn’t take long to set its sinister tone. As soon as we are out of this frame of hope, we are offered distinctively darker imagery that hints at the demons that are already at bay.

Valeria, played by Natalia Solián, is the center of this tale, and her pregnancy becomes the central conflict. With the genre getting increasingly populated by Rosemary-Baby ripoffs, where the idea of ‘mommy brain’ is used to show us the anxiety of becoming a mother, director Michelle Garza Cervera’s film goes beyond by subverting the tropes with a well-thought-upon arc about the self-deception that people latch on to when their identities are questioned under a regressive societal structure.

The film opens with Valeria returning from a vacation with her loving partner Raúl (Alfanso Dosal). The couple is working their way through getting pregnant, and while everything seems to be looking up, the pregnancy finally happens. This is where the first snap of Valeria’s metaphorical spin occurs. In spite of her wish coming true, every subsequent frame feels like it is laying a heavy burden on her, and she is just not ready to ride it out.

She is a carpenter by profession, so a bone-crunching nightmare begins when she is to turn her workshop into a baby room. Someone casually says that “When you become a mother, you feel like you are split in two,” and director Cervera uses this as a narrative beat where all of Valeria’s traditional steps feel like they come from a place of obligation, almost as if she is acting a part that she did not sign up for.

Before we actually get to a more anarchic backstory, the young mother-to-be starts experiencing waking nightmares where shadowy faceless figures appear to break her into two. The first occurrence is a terrifying suicide that Valeria witnesses from her window. A woman jumps off from her balcony and literally decimates on the streets, but when Raul is called upon, there is no body to be found. The incident only leads to more such demonic burdens where our protagonist is haunted by her choices. 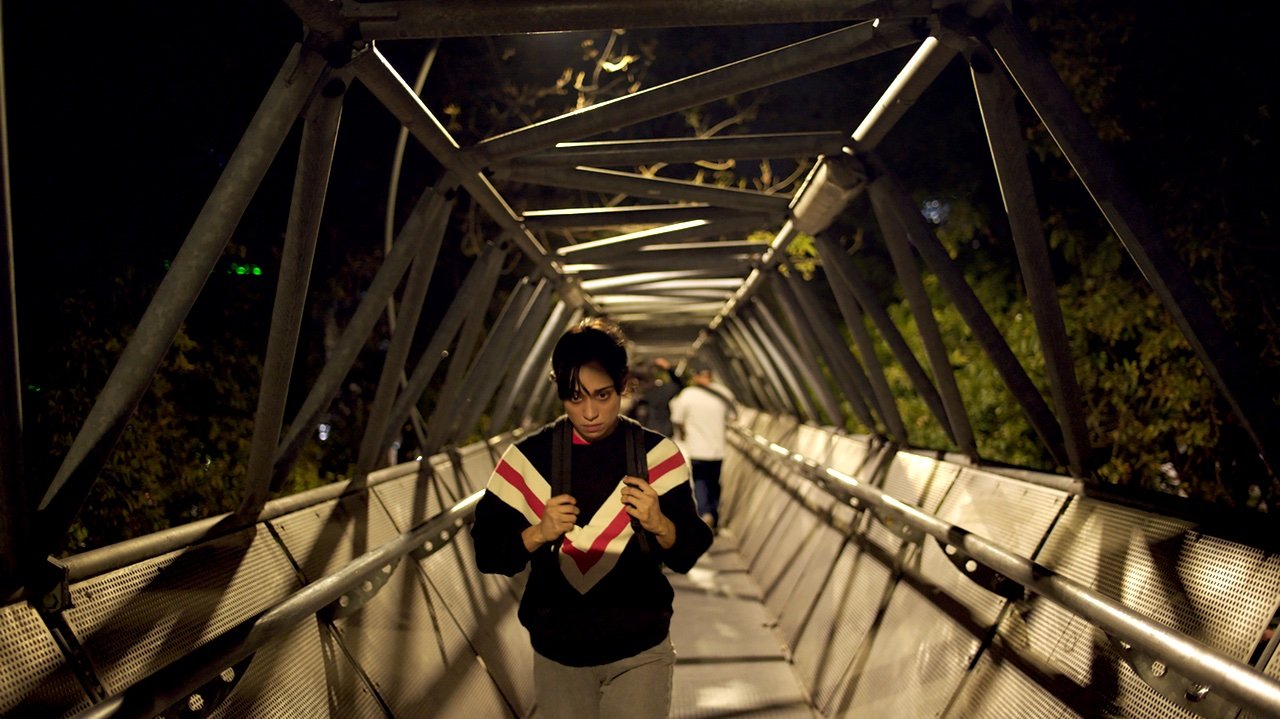 In a way, the director takes up the Rosemary’s Baby premise and then twists it into a story about the self-deception people often impose on themselves. The story’s body horror or fantasy elements are plot devices used to investigate Valeria’s identity. A backstory comes right in time to further exemplify Valeria’s terror. We get to know that it isn’t just the mommy brain, but also the idea of modern-day motherhood that is to be tackled here.

Excellent supporting turns from Mayra Batalla, who plays an older version of Valeria’s love interest Octavia, and Mercedes Hernández (after her brilliant performance in last year’s Identifying Figures) as Valeria’s aunt, who is considered the blacksheep of the family for being a closeted homosexual, further enhance the complexity of this story. These two characters play an important part in really getting us to understand Valeria’s side, and when she eventually dives into a dizzy spell of paranoia, we don’t judge her. Debutant actor Natalia Solián is the heart of this story, though. She carries the entire ordeal on her abled shoulders, showing us the transition of a woman with a past and a confounding character turnover without making her character any less likable. Look out for the sequence where she suddenly realizes that she might have killed her baby in a spell cast on her by a supernatural entity.

The only gripe I have with the film, which is also a huge issue that the movie has, is the third-act exorcism sequence. The way the movie suddenly shifts into considering this underground group of women as a very important part of the plot makes the tonality quiver. It constantly deviates from being a body horror to a straight-out folk tale to a basic drama with a metaphor to tell, without being able to balance the tone of either. It also doesn’t help that it is only able to captivate and terrorize with its well-placed jump scares to an uneven degree.

That aside, Huesera is a bone-crunching folktale that distills the anxieties of modern-day motherhood through the lens of self-deception.