One’s idea of harmless fun can have a devastating impact on the other. Bullies are basically cowards at heart with unresolved anger issues for which he/she lays the blame onto others. We might face bullies every day in our life, but the most unforgettable ones are those pricks who made our lives hell at school or college. In fact, kids and adolescents are more vulnerable to bullying and in this tech-savvy world human’s darkest impulses find fresher ways to flourish. While there are many shades to anonymity on the internet, for some being anonymous gives them the power to engage with their worst impulses. The result is cyberbullying, trolling, and cyberstalking where the victims confront a monster with a thousand heads. Filipino film-maker Arden Rod B. Cortez’s debut feature John Denver Trending (2020) presents that kind of harsh reality where the collective insanity of the people exhibited in the virtual space has real-life consequences.

John Denver Trending touches upon everything that’s messed up with social media: fake news, quick judgments, doctored viral clips, etc. Moreover, writer/director Cortez showcases how such shameful social media gossiping takes root in a community that’s already prone to easy generalizations. The titular character (Jansen Magpusao) is a socially, financially, and emotionally vulnerable 14-year-old boy, who is first seen with his classmates during the dance rehearsal at the school. The rehearsal is streamed live on Facebook and during the process, John Denver is humiliated by having his trousers pulled down by a boy. Annoyed, John decides to leave early. As he is about to leave, a boy named Mark Francis aka Makoy (Vince Philip Alegre) accuses John of stealing his iPad, which was left charging in the classroom.

The boys gang up on John and demands to look inside his bag because John has apparently stolen something in the past. Makoy snatches the bag and runs off to the roof. Filled with resentment and humiliation, John chases him, plucks his bag, and viciously beats off Makoy. An irritatingly smug boy named Carlos records the beating and uploads it on Facebook. On his way home, John meets his hard-working widowed mother Marites (Meryll Soriano), and then picks up his younger siblings from his aunt’s house.

Gossip and superstition seem to be rampant in the rural community as we hear a weird old woman is condemned to be the ‘witch’. Most of the villagers including the village chief seek out a shaman for advice. Though the Philippines is a predominantly Catholic nation, the shaman caters well to his customers, combining Catholicism and shamanism. In these earlier scenes, director Cortez’s smoothly flowing imagery establishes John Denver’s social and economic conditions. Although the boy has a Smartphone, his access to the internet is limited as he is seen connecting to wi-fi only while passing through his aunt’s place.

Therefore, by the time John comes to know about the video, it has already started trending in the tightly-knitted local community. Soon, the collective hysteria spirals out of control. Apart from the strong-willed mother Marites, everyone including the indifferent school administration adds to the fire. The viewing experience becomes increasingly painful since we gradually receive a deeper understanding of the boy’s life, whereas the demonic cyberbullies find new ways to persecute John.

Also Read – A Monster Calls [2016]: An endearing tale of acceptance

The biggest strength of John Denver Trending is Cortez’s fluid direction that keeps underlining the social environment of the central characters (cinematography by Rommel Sales). Be it the handheld shots that accompany John in the narrow corridors or the picturesque drone shots of the village, Cortez roots his narrative to the place, displaying how the unspoken tensions in the community and its inane social institutions come together to victimize John Denver. Hence the social realist aspect distinguishes itself from the other similar narratives on cyberbullying. 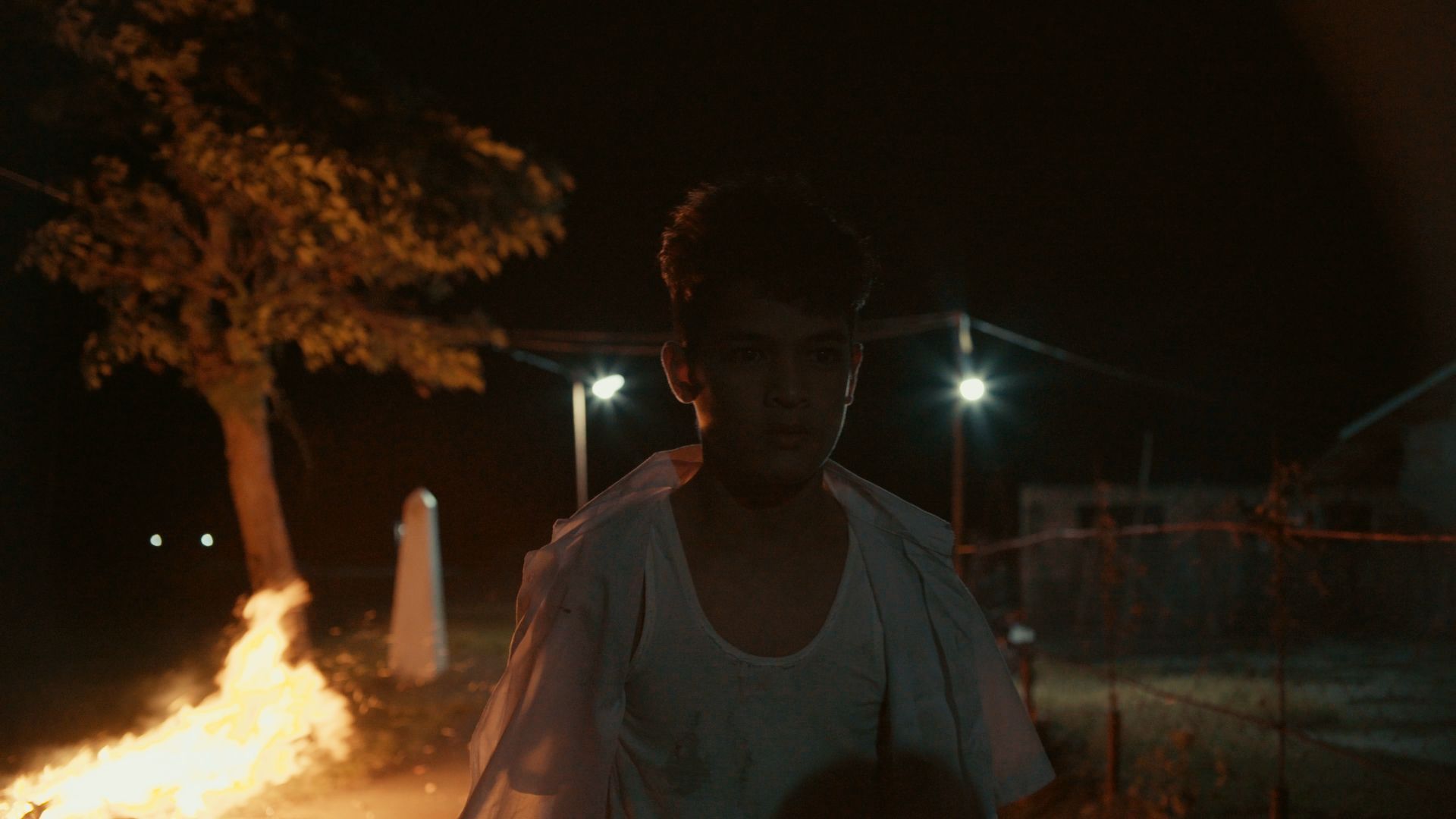 I also felt that this is where the film stumbles a bit, particularly in the third-half of the narrative. Even though director Cortez exhibits great restraint in showcasing John Denver’s emotional pain, things get unrelentingly one-note. The religious allegory and Christian symbols come into play and we are somewhat left with an overly simplified view of a Philippine rural community.  The complexities of the situation are replaced with a kind of cynicism. The devastatingly brilliant performances of Jansen and Meryll still keep us captivated. Yet, we can discern where the denouement will take us: with John bearing the cross for humanity’s sins and evil.

Overall, John Denver Trending (97 minutes) is a scarily effective as well as a depressingly fatalistic tale on the modern-day witch-hunts, also known as trolling and cyberbullying.

The Girl and The Gun [2020]: 'NYAFF' Review - A Symbolic Eye-Opener on Exercising The Presumed Power of a Patriarchal Society