Indian writer/director Aditya Vikram Sengupta follows his mesmerizingly poetic debut-feature, Labour of Love (‘Asha Jaoar Majhe’, 2014) with a stately, dream-like love story, filtered through a dying octogenarian woman’s decaying memories. Mr. Sengupta’s Jonaki (‘Firefly’, 2018) is an incredibly idiosyncratic and personal film, in which the director offers surrealistic snapshots from the life of his beloved grandmother, who passed away at the age of 81 before lying in a comatose state for 4 days. Sengupta combines the subsequent nightmares he had after his grandmother’s passing with what he envisages as the echoes of memories that might have afflicted her when she was in coma. But even without knowing the context beforehand, Jonaki could remain intriguing for the way its ambiguous, surreal imagery treats painful memories like the splinters of a broken mirror. And of course, Russian auteur Andrei Tarkovsky’s ‘stream-of-consciousness’ narrative (drawn from his own well-spring of memories) in the 1975 film Mirror (‘Zerkalo’) immediately comes to mind. However, Vikram Sengupta’s formal experiments and treatment of normative space and time is unique in its own way.

The eponymous character (Lolita Chatterjee) in Sengupta’s film is lying in her deathbed in the hospital, lost among her memories of childhood, adolescence, first love, and tumultuous married life. Nothing is laid out neatly, but we can glean that Jonaki comes from an aristocratic family, whose wealth is in constant decline. The teenage Jonaki is in love with a Christian young man (Jim Sarbh), whom her dominant mother (Ratnabali Bhattacharjee) forbids from seeing. Meanwhile, Jonaki’s botanist father (Sumanto Chattopadhyay), with dreams of moving to England, takes ill and he is confined to bed. The girl’s dreams are dashed as her lover goes off to war. Jonaki is sent off to an oppressive boarding school and before long she is married off to a cold-hearted rich man. 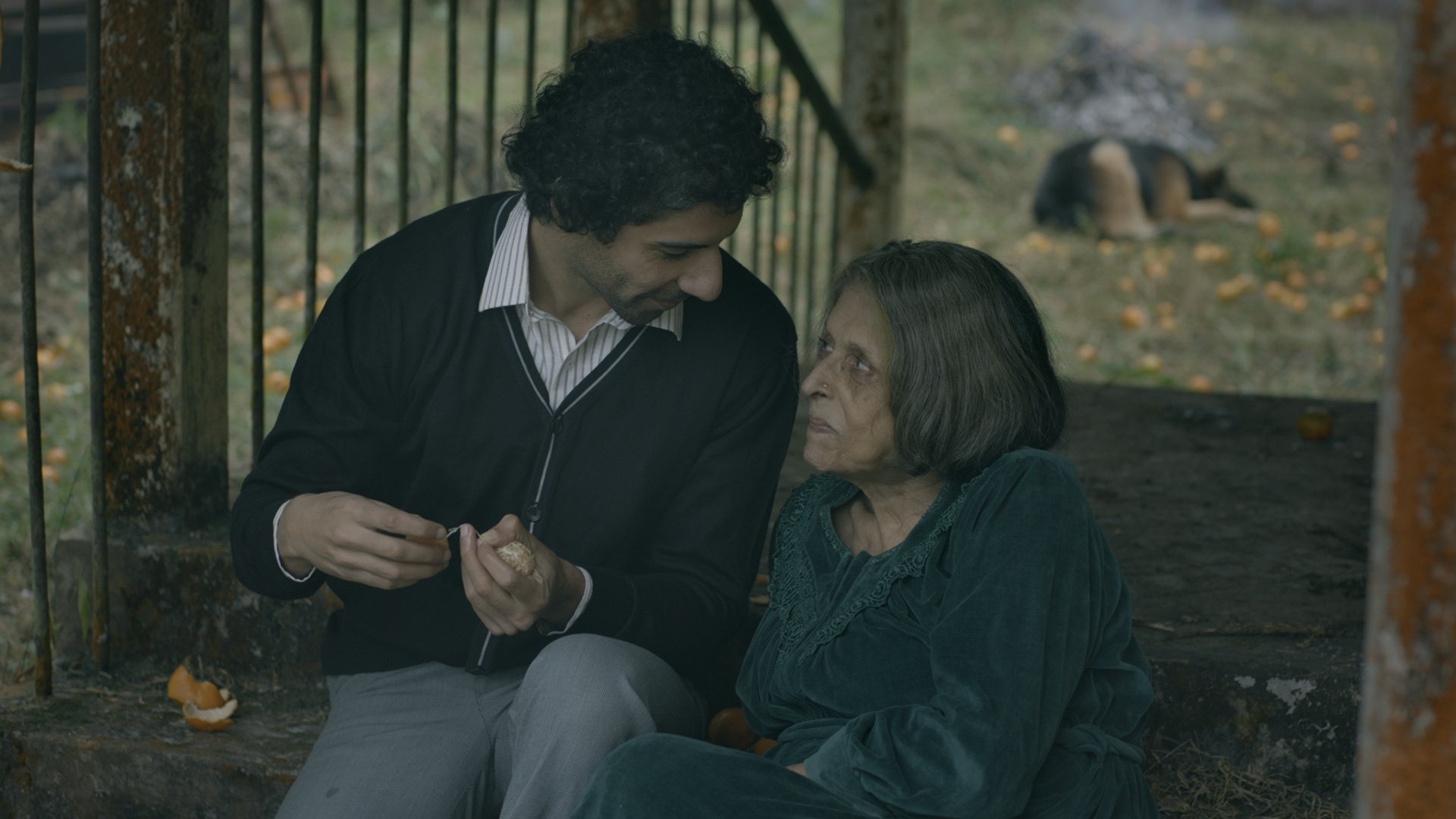 The plot, if you could conjure one from this disparate narrative, is simple and very thin. Yet what accentuates the film’s brilliance lies in director Sengupta’s visually striking presentation of memories intermixed with dreams that take the diegesis beyond the boundaries of traditional storytelling. Each of the fascinatingly arranged tableaux (filled with an assortment of exquisite antique objects laid inside a quaint, dilapidated mansion) not only looks at a world that is no more but also reflects upon memories, already devoured by time (through the atmosphere of decay pervading the frames). Hence, these memories are delineated as recollection of a past reality that’s deposited into mental space which is constantly changing (or deteriorating).

Edited and shot (along with Mahendra Shetty) by Vikram Sengupta, the rigorous arrangement of visuals is perfectly complemented by the exemplary art direction (by Jonaki Bhattacharya) and sound design (with plenty of natural ambient sounds). There are recurring visual motifs – orange, an origami bird, toy soldier, fire, and water – whose metaphorical meanings lends rich ambiguity to the proceedings (repeat viewings may help me pick up some of the symbols and quasi-narrative threads). In fact, Mr. Sengupta believes in the wholeness of cinematic experience, for he favors singularly detailed and smoothly unfolding continuous long takes to underline the emotions within. In one interesting scene, we perceive Jonaki’s feelings of confinement through the boarding school girls’ perfectly synchronized sleeping positions (the other strikingly imaginative assemblages include the evocation of alienation between couples through ‘television white noise’).

Apart from Tarkovsky’s cinema, Sengupta’s art-installation-like aesthetic quality also reminded me of the works of Thai auteur Apichatpong Weerasethakul, who cuts across extremely personal territories by inviting the viewers to enter into a cloudy world of memories. Adding further intrigue to the dream-like atmosphere is the director’s decision to make his octogenarian heroine to play her younger self. Lolita Chatterjee subtly infuses vulnerability and yearning to the memories of her character’s teenage self as if those feelings have followed Jonaki all through her life, from adolescence to old age. The film is deliberately distant, more so than ‘Labour of Love’ (whose aesthetic of ‘everydayness’ was familiar despite the wordless narrative), wanting us to walk through this dreamscape by engaging our senses rather than our intellect which might attempt to reshape the contours of showcased memories to fit into a clear-cut framework. Moreover, this aesthetic strategy isn’t just born out of the film-maker’s predilection but seems to be derived from the nature of the content itself, so that it helps to eschew the nostalgic layers while meditating on one’s personal memories.

Jonaki (90 minutes) is a beautifully haunting piece of film-making that leaves it to our perceptive abilities to navigate through an abstract world filled with painful memories of love and loss. Sengupta’s artistic expression may not gratify all, but I’m glad to find such intriguing formal exercises among the predictable filmic territory of India.