Filmmaker Mari Selvaraj made his directorial debut in 2017 with Pariyerum Perumal, a film that discussed the lack of opportunities for the bottom rung of society, meanwhile also making a case for the freedom to love being seized because of difference in social status. His sophomore film Karnan (2021) tackles the issue of casteism way more effectively. With the film, Selvaraj crafts a brilliant subversion to the community savior template.

Karnan is a mass film from head to toe. It begins with an awakening song for the protagonist, the community hero, to rise. Karnan, the protagonist, is an unusually extraordinary man who is capable of feats that are impossible to achieve. In fact, in various occurrences, along with the climax, the film reiterates that Karnan is a god and the protector of the fallen from his caste. This is also why the film might even feel familiar.

Related to Karnan – NEWTON [2017] – THE STORY OF A FORGOTTEN COMMUNITY

However, Selvaraj is successful in painting a picture of oppression and discrimination by intemperately reflecting on our everyday reality. Karnan lives in a fictional village named Podiyankulam, a place where no bus ever stops. The village people often have to go to the nearby village of Melur for boarding the bus, where they are tantalized and disrespected constantly. 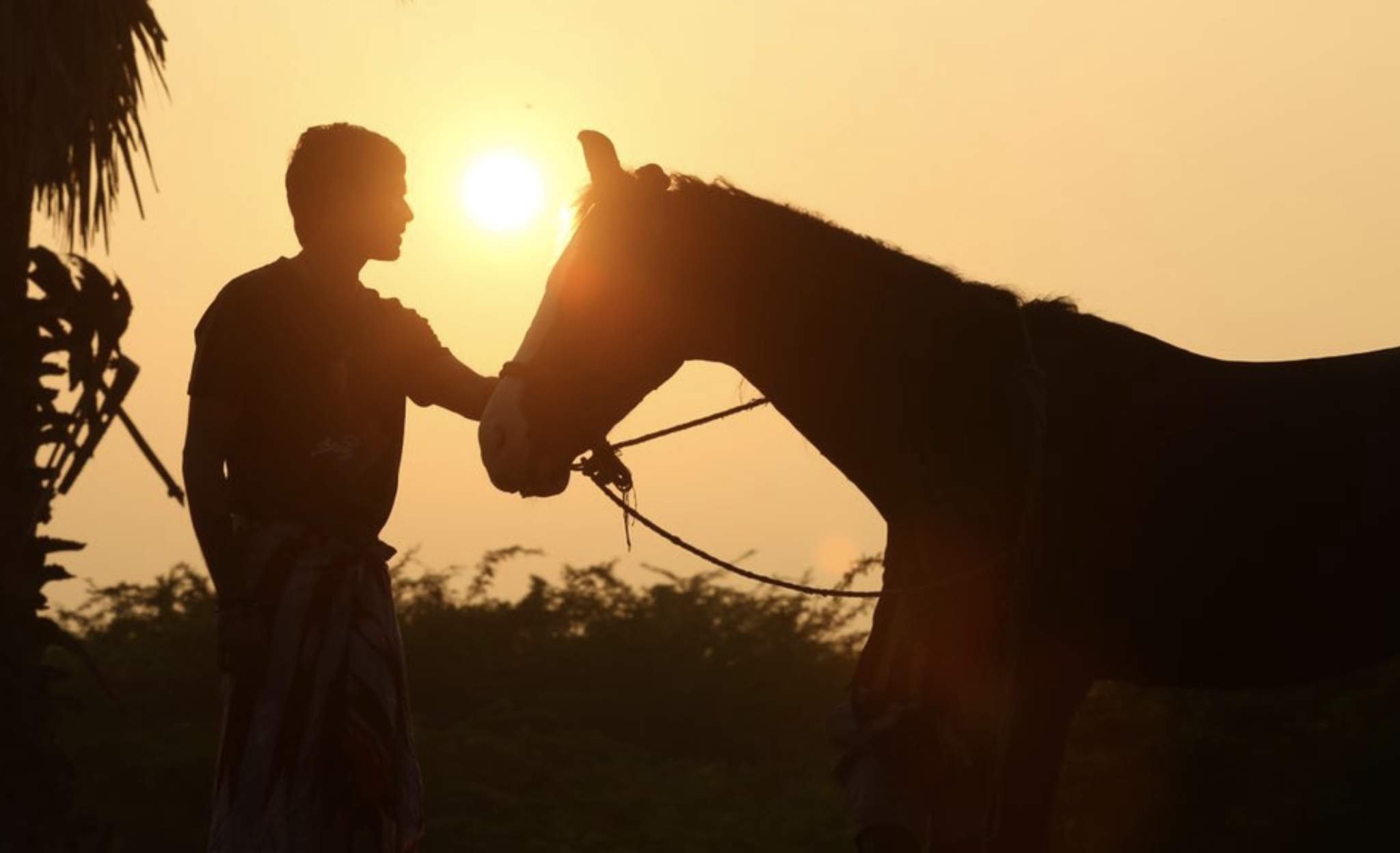 Karnan is a hero for his people. This is because his seething anger against the system is not untapped or raw. It comes for a reason. It comes because there is a lack of opportunity for the village folk. Transportation serves as a problem. A young girl can’t go to college because of this. The people here are dependent on the locals of Melur for everything.

Karnan is no rule-breaker. He only has a point- there is no rule. The people like him and his family have the right to live with respect and dignity. And he wants to get his people basic equality which they don’t have the privilege to earn.

The masala film template suits this film not just because it is refreshingly entertaining. They also ensure the film is more important and politically powerful than it already is. Selvaraj doesn’t merely want his audience to be invested. He wants them to think about what they are seeing. There’s a great little scene halfway through the film where a Karnan is sympathetically observing a young athlete who didn’t make it across the finishing line of the race, begging the military officer for a chance. The writing is consistently efficient because it never loses its sense of empathy.

The film’s observation of police brutality is tremendous. There are some uncomfortable scenes where police incite riots or mindlessly beats the Podiyankulam people. So, it is only fitting that the policemen are the ultimate antagonists here. It is critical because a policeman is the primary delegate of law and order in the area where he operates.

The people are left with no alternative but to rebel if casteism is followed by these very upholders of the constitution. Karnan only represents their rebellion. The film and the young man are masterful when they represent the fierceness of people with all their plights and qualms.

The magic-realism also helps. Shots are framing various wildlife creatures such as fishes, chicks, elephants, and most prominently the donkey, which becomes the symbol of the downtrodden. However, what makes it all the more subtle and rich is the fact that the film can be read as a revision of Indian Mythology. 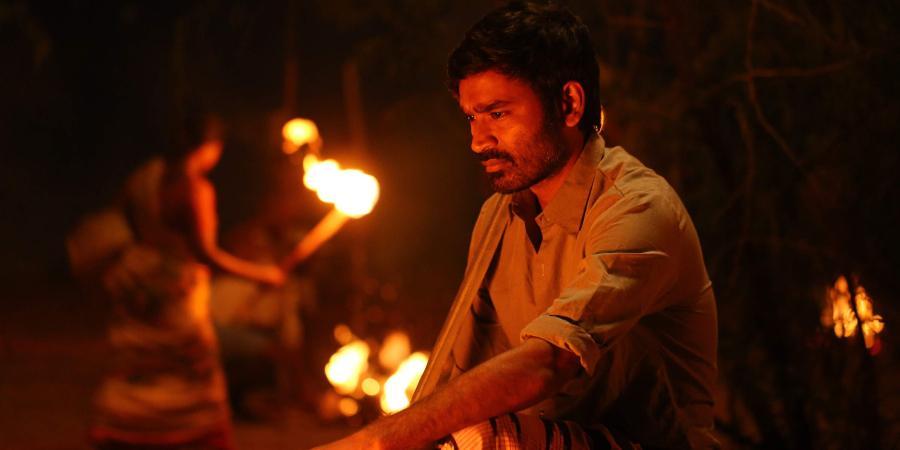 Karna is one of the most interesting characters of the epic Mahabharata. He is the son of the sun god and a royal princess. But he is brought up in a family of servants. Later, he allies with the Kauravas, who personify the evil, and gets killed at the hand of the ‘divine’ prince Arjuna. In the text, Karnan is described as a good man who sided with the wrong people. There’s even a hint of mysterious sexual tension between him and Draupadi, the wife of Pandavas.

However, Karnan becomes the full-blown hero here. He gets to wield the weapons. There’s even a scene involving a fish soaring into the air and being cut into half, similar to the episode of Draupadi’s wedding in Mahabharata, where Karna got disqualified for being a charioteer’s son. The headman of the village is called Duryodhana. The mythology is so supernal here that Karnan’s girlfriend is named Draupadi!

Mari Selvaraj’s choice of medium for delivering his messaging is persuasive because this is the most wholesome and savory for reaching the general audience, especially the less informed and unprivileged ones. It might not be as visually restrained and layered as Pariyerum Perumal, but it is a better film because it tells the ubiquitous tale of the horse-riding god (which is the literal meaning of the protagonist’s name in Selvaraj’s debut film) with a heaviness which is strikingly deliberate and exquisitely surprising.

The acting is supremely effective. As Karnan, Dhanush plays a lot of roles at once. He is a brave hero, a charming lover, a man angry at the system, and an undistinguished villager. He plays everything with impeccable skill. Yogi Babu, Rajisha Vijayan, and Lal are simple and understated among the others. Natarajan Subramanian is entirely convincing as the vile police officer Kannabiran here.

The film’s most fascinating aspect is a little girl wearing a face mask as a metaphor for the local goddess. In folk Tamil texts, there were multiple references to the blood-thirsty war goddesses who are offered the blood of kings who try to dominate and oppress the civilization. From the very beginning to the end, such goddesses make haunting appearances throughout the film. When the film refers to the Kodiyankulam violence and Kilvenmani Massacre, two instances of Dalits being killed at the hands of the powerful, this becomes especially evident.

The film does have problems. The whole romantic track is just too generic to be taken seriously. The mass moments that glorify Karnan sometimes feel stagnant and too confined to the action-genre boundaries. However, Selvaraj takes moments from a familiar casteist history and turns them into an incredibly satisfying piece of cinema.

Garm Hava [1974]: On the Precipice of Belonging